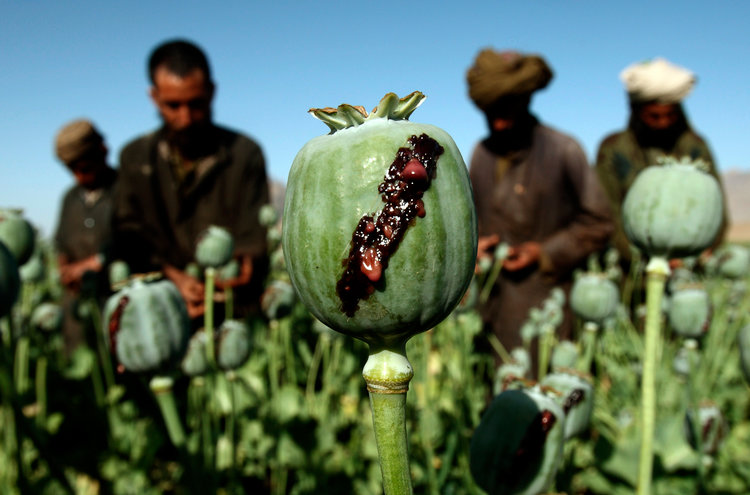 The serial war criminality and immense cruelty of the US Alliance has been enabled by the extraordinary mendacity, genocidal racism and  resolute exceptionalism of US Alliance governments and Western Mainstream media (MSM). Summarized  below are the horrendous realities of the US Alliance-imposed Afghan Holocaust and Afghan Genocide that are ignored by deeply racist, genocide-complicit and genocide-ignoring Western leaders and MSM.

(1) Massive US lying enabled the 9/11 false flag excuse for the invasion  and devastation of Afghanistan, Iraq and other Muslim countries. I.F. Stone: “Governments lie” and Gore Vidal: “Unlike most Americans who lie all the time, I hate lying”.

Numerous science, engineering, architecture, aviation, military and intelligence experts conclude that the US Government was responsible for the 9-11 atrocity (3,000 people killed) with some asserting Israeli and Saudi involvement, but US-beholden Western Mainstream media are united in  blind belief in the “official version” of  mendacious George W. Bush whose administration told 935 lies about Iraq between 9/11 and the invasion of Iraq.

Detailed scientific reports from the University of Copenhagen and the University of Alaska Fairbanks reject the lying Bush “official version of 9/11” and evidence the explosive demolition of the 3 WTC skyscrapers on 9/11 (that necessarily implies US Government  involvement in that atrocity). Asserted “terrorism” is to the Zionist-subverted US Alliance state terrorists as asserted “antisemitism” is to the genocidally racist, Islamophobic,  anti-Arab anti-semitic, anti-Jewish anti-semitic, holocaust-complicit and holocaust-ignoring  Zionists and Apartheid Israel. Re state terrorism, the British have invaded 193 countries, Australia 85, France 82, the US 72 (52 after WW2), Germany 39 and Canada 25,  as compared to Japan 30, Russia 25, Apartheid Israel 12, China 2, Afghanistan zero since 1760,  Iran zero since the 7th century CE,  and  India and nearly all of the Developing World zero (0).

(3) Global Opiate Holocaust. The  US rapidly restored the Taliban-destroyed Afghan  opium industry from 6% of world market share in 2001 back to 90%  by 2007,  and caused 5.8 million opiate-related deaths world-wide since 9/11. The US Government has been successively involved in the opiate scourge in Turkey, South East Asia, Afghanistan and Latin America. US-threatened and US-sanctioned Iran leads the world in interdiction of  US-protected Afghan opiates that presently kill about 0.3 million people annually. For religious reasons  the Taliban banned alcohol, prohibited smoking for government  employees, and banned opium production. Each year smoking, alcohol and illicit drugs kill about 8 million, 2.8 million and 0.8 million people each year  for  total of about 11.8 million people worldwide. In contrast, 7.4 million people presently die annually from deprivation on Spaceship Earth with the First World, notably the US, in charge of the flight deck.

(5) The post-9/11 Muslim Holocaust and American Holocaust. The 2001-2021 Afghan Genocide and Afghan Holocaust (6.8 million deaths from violence and imposed deprivation) is part of a US-imposed, post-9/11 Muslim Holocaust and Muslim Genocide (32 million Muslim deaths from violence, 5 million, and imposed deprivation, 27 million, in 20 countries invaded by the US Alliance since the US Government’s 9/11 false flag atrocity that killed 3,000 people). 1.7 million Americans die preventably each year from “lifestyle choice reasons” and from “political choice reasons”. Thus 1.7 million per year x 20 years = 34 million Americans have died thus since 9/11. Since 9/11 Zionist-beholden US Administrations have spent $6 trillion on killing over 30 million Muslims abroad rather than trying to keep over 30 million Americans alive at home. 30% of Biden’s Cabinet are Jewish Zionists and the remainder are “moderate” Christian Zionists as opposed to the fervently Trumpist  Evangelical Zionists.

(9) Vital post-war aid provision for tens of millions of Afghans versus extraction of tens of thousands of  US Alliance personnel, collaborators and other anti-Taliban people fearing reprisals. Occupied Afghanistan was heavily dependent on international aid and Biden has threatened  to hamper such aid and hence post-liberation recovery if the new regime  doesn’t play ball. Biden has already frozen the assets of impoverished Afghanistan, a move that will entrench Afghan mass mortality from dire deprivation. The Taliban  have declared Amnesty for its opponents and proper treatment of  women “under Islamic law” but many remain fearful based on harsh Taliban rule 20 years ago. For Occupied Afghanistan in 2020, under-5 infant deaths totalled 76,000 and avoidable deaths from deprivation  totalled 106,000. In 2020 the “under-5 infant mortality as a percentage of total population” for Afghanistan (0.1950%) was a shocking 118.5 times greater than for Japan (0.00145%), evidence of gross violation of the Fourth Geneva Convention by the occupying US Alliance countries. To this carnage we must add  the infant mortality and avoidable deaths from deprivation among  the circa 3.3  million internally displaced  Afghans and the 2.5 million registered refugees in Iran and Pakistan from Afghanistan (present population 39 million, half requiring aid). Those rightly supporting all  human rights for all as set out in the 30 articles of the Universal Declaration of Human Rights (UDHR) should also spare a thought for the  undoubted right of millions of ordinary Afghan women to see the survival of their  children.

(10) Exposure of the  perpetrators of the Afghan Holocaust and Afghan Genocide. This is an immense crime that demandswar crimes trials of the  perpetrators before the International Criminal Court (ICC). That is not going to happen because the US does not recognize the authority of the ICC whereas  the ICC cravenly accepts the authority of the US. However international and intra-national  war crimes  trials by  eminent humanitarians are feasible and urgently  required. Establishment of the truth is more important than punishment of the guilty (the more so since the latter is unlikely to ever happen). Inspired by the Truth and Reconciliation Commission (TRC) in post-Apartheid South Africa, war crimes trials should be legislatively constituted on the basis that there should be no punishment for truth telling accompanied by sincere apology (see Gideon Polya, “Afghan Holocaust – The Awful Truth Versus US Alliance Lies”, Countercurrents, 22 August 2021).