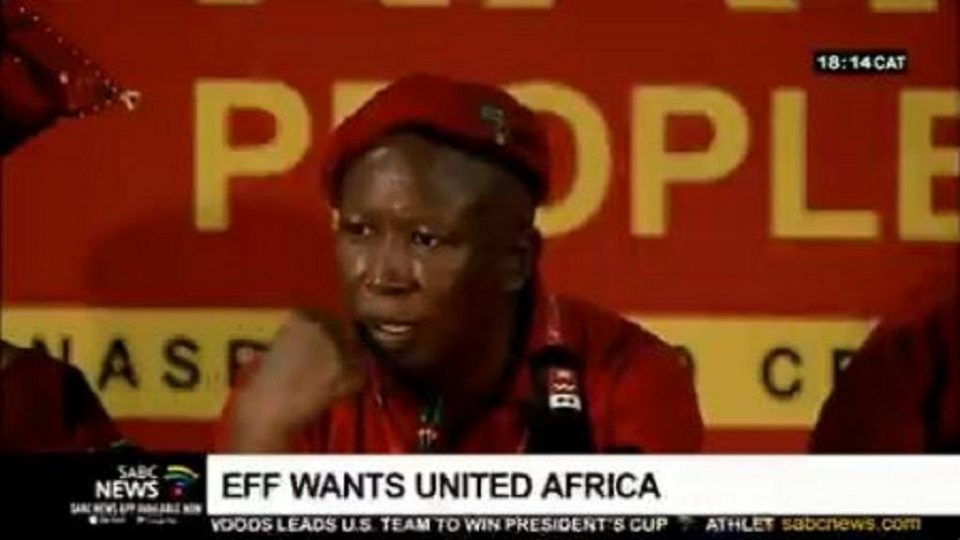 South African politician Julius Malema has reiterated his call for a united Africa, one that breaks down all geographic barriers.

He was speaking after being re-elected leader of the Economic Freedom Fighters, EFF, over the weekend. The EFF is South Africa’s third biggest party as per the last general elections.

“(An Africa) … where all member states will be held accountable, we want Africa to be one. With this South Africa, it is just a starting point. And why? Because political freedom came from up there in the north. Economic freedom must come from the south going up there.”

It is not the first time Malema is making such a call, in May this year he said a united Africa was a threat to imperialism and colonialism He slammed African leaders of working against the dream of a united Africa.

“The African Union (consists) of brothers who do each other favours, who don’t tell each other the truth, right in front of each others’ faces and say you are wrong here, you are wrong there. This is the direction we want to go.”

He stressed that it was the up and coming young politicians who needed to stand and sit up to take the mantle and oversee the overhaul. “It is our generation that must fight for border-less Africa and create one country out of this continent, called the United States of Africa.”