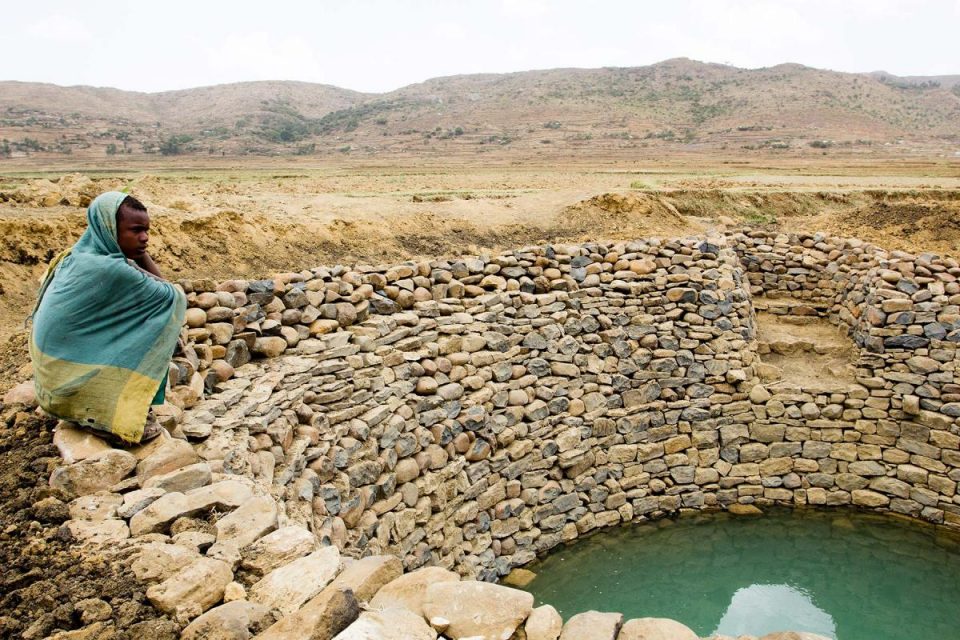 The starkly different responses of the international community towards the crises in Tigray and Ukraine show us that the world must strive towards an international order that works for all.
April 15, 2022
By Meron Gebreananaye, Hailay Abrha Gesesew and Arkebe Taddele
The invasion of Ukraine by Russia on 24 February 2022, created reverberations that were felt around the world. This egregious breach of the most sacrosanct principles of the post-World War II international order was rightly met with shock and widespread condemnation. The international mood was captured by Kenya’s Permanent Representative to the UN, Amb. Martin Kimani, in his well-received address to the United Nations Security Council. His speech particularly stressed the importance of the existing rules and rejected imperialist and “irredentist” aspirations.
While appropriate, such affirmations of the significance of multilateralism nonetheless place the spotlight on other instances where the international community has failed to muster a fraction of the mobilization witnessed in the case of Ukraine. Many have protested the failure of the international community, including members of the UNSC, to apply the same humanitarian and human rights principles in the face of the gruesome atrocities committed against civilians in African countries. One glaring example in this regard is the action – or lack thereof – of the international community in the face of the ongoing genocidal war and humanitarian catastrophe in Tigray, northern Ethiopia.
On 4 November 2020, the federal government of Ethiopian, Eritrean armed forces, Amhara, and other regional militias launched a war on the Tigray region. This attack, which may originally have seemed like an attempt to violently resolve the political and constitutional differences between the Tigray regional government and the federal government, revealed itself from the outset to be a brutal scorched-earth campaign targeting the Tigrayan people. This campaign included indiscriminate shelling, hundreds of massacres, weaponized rape and famine on an industrial scale as a tool of war, violent ethnic cleansing, deliberate destruction of livelihoods and vital infrastructures including healthcare, education, and agriculture.
Despite this dire situation – described as hell for millions of innocent children, women, and men as a result of the gross violations of international humanitarian and human rights laws – the international community has been unable to take any meaningful action beyond the moral outrage expressed early in the conflict. One such example was delivered by Amb. Linda Thomas Greenfield, United States Representative to the UN Security Council, exactly a year ago in April 2021:
Do African lives not matter? It’s time for the Security Council to have a public meeting on this issue. It’s time for the Council to take meaningful action to address the crisis. And it’s time for the Ethiopian government to respond responsibly to requests for humanitarian access….
Similarly, in June of 2021, Joseph Borrell Fontelles, High Representative of the Union for Foreign Affairs and Security Policy, called the situation in Tigray unacceptable and went on to add:
To the people of Tigray, we say: You are not alone. To the parties involved in the conflict, we say: The world is watching. You will be held accountable.
This clarity, however, gradually disappeared over the months and was replaced by false equivalence, bothesidesism, and generalization. This was accompanied by a shift from addressing grave atrocities deserving of international mechanisms of response and accountability to a reductive and deliberately vague narrative formulating the ongoing conflict as ethnic clashes and political contestations between political entities.
This shift was most apparently displayed in the decision by the US government to halt the release of the report on the determination as to whether genocide has been committed against Tigrayans. The Biden administration has also replaced unequivocal calls for the withdrawal of both Eritrean and Amhara forces from the constitutionally recognized borders of Tigray with more recent calls for the withdrawal of only the Eritrean armed forces. Similarly, the EU, which had vocally demanded the complete withdrawal of Eritrean and Ethiopian forces from Tigray, failed to issue any meaningful sanctions.

The international community has been unable to take any meaningful action beyond the moral outrage expressed early in the conflict.

The ensuing attempts to reframe the ongoing crisis solely in terms of a political conflict among political parties make a mockery of the extensive and deep suffering of millions of Tigrayans and impede the possibility of pursuing accountability and remedies. It also denies the massive asymmetry of the forces at play, where one side is comprised of two sovereign states with all the attendant military and diplomatic power, and support through the supply of advanced armaments from several nations (including UAE, Turkey, Iran, China, and Russia), against the people of a tiny and besieged region fighting for its survival.
The extent to which the international community has opted to move away from a principles-based approach in relation to Tigray is brought into sharp relief when we consider not just the rightful outrage but the immediate action that has been taken in the case of Ukraine. When Josep Borrell declared “Ukraine, you are not alone!”, this promise was almost immediately backed by meaningful and sustained action from the European Union. Nor would the international media and commentators, who readily assign equivalence when covering Tigray, consider doing the same for the Ukraine-Russia war which also involves an invasion by an immeasurably stronger force, in violation of international law.
Meanwhile, although the situation in Tigray has only worsened and gruesome atrocities continue unabated, Tigrayans have been demonstrably shown to be alone. Besieged and deliberately silenced by the communications and media blackout imposed on the region, Tigrayans have also been ignored by the international community, including the diplomatic community in Ethiopia which seems to have opted to normalise relations with the Ethiopian regime.
Meanwhile, although the situation in Tigray has only worsened and gruesome atrocities continue unabated, Tigrayans have been demonstrably shown to be alone. This was most recently demonstrated in the overly enthusiastic and uncritical responses to the Ethiopian government’s announcement of an indefinite humanitarian truce on 24 March 2022. Although the government of Tigray agreed to the call for a humanitarian truce in good faith and committed to a cessation of hostilities, no aid had entered Tigray at the time of writing. This development is unsurprising considering the track record of the Ethiopian regime. The international community has, however, invariably been satisfied to applaud words and not look too closely at actions when it comes to ending the grisly and unnecessary deaths of innocent Tigrayans.
So, are Tigrayan lives worth less? Quite simply the international community continues to fail to care enough to stop the ongoing genocide of Tigrayans. Seventeen months on, the combined efforts of the world have even failed to ensure the delivery of humanitarian aid to more than 7.3 million Tigrayans who are under complete siege and openly being starved to death. The resolve and commitment to uphold the same human rights values and principles and humanitarian laws the world is seeking to enforce in response to the invasion of Ukraine is lacking in Tigray. In the case of Tigray, political relations and interests have been prioritised while in Ukraine the focus has been on deploying the full weight of international law and the principles of collective security. Thus sadly, those in charge of enforcing international law have become direct and indirect contributors to protracting and escalating the genocidal war in Tigray. In so doing, the international community has confirmed that there is a hierarchy in the value of human life and that the application of international humanitarian laws varies based on race, geography and, particularly, national interest.
More specifically, multilateral forums have been revealed to be impotent to safeguard international principles unless one or more powers choose to adopt their cause. We need only look at the disparity of the responses received from the African Union (AU) and the United Nations (UN) regarding the crises Tigray and Ukraine.

Lip-service for African victims and outrage for European victims

Some of the more self-aware coverage of the Ukraine war has queried whether there is a racial basis to the disparity in the world’s response to the crisis as opposed to others in the Middle East and Africa. And no doubt this is a factor that deserves to be more thoroughly understood and addressed. This disparity in response is also evidenced in the (ostensibly) very bastion of African empowerment. As Professor Alex DeWaal very rightly pointed out, the primary responsibility of upholding international humanitarian and human rights in Africa lies with the AU. And yet the AU officially affirmed the actions of the Ethiopian Prime Minister even as he set about committing atrocious crimes under the guise of a law enforcement operation.
The international community has confirmed there is a hierarchy in the value of human life. Following this declaration of support, the AU has remained more or less silent and, without any sense of irony, has opted to hold the summit 2022: The Year of Nutrition in Addis Ababa, Ethiopia’s capital, even as the Ethiopian government is starving millions of its own people in Tigray. The AU was not even moved to respond when the Ethiopian and Eritrean regimes cynically abused the principles of Pan-Africanism and Pan-African solidarity to forestall international condemnation for their actions. In fact, all African members of the United Nations Human Rights Council seemed to heed this call and either blocked the vote or abstained from voting on a European Union-lead effort to establish an investigative mechanism into the atrocities committed in the Tigray war.

The UNSC has established a wide range of mechanisms to address breaches in international law. Amongst these, the most relevant to the dire situation in Tigray would have been Resolutions 2417 (condemning the starving of civilians as a method of warfare), 1325 (on women and peace and security) and 1820 (on sexual violence as a weapon of war). Although the UNSC has met more than ten times (both behind closed doors and in public meetings) to address violations of human rights and humanitarian law including Conflict-Related Sexual Violence and the ongoing humanitarian blockade, to date none of these mechanisms have been enacted to help the people of Tigray. And while this has mainly been due to the non-intervention veto wielded by Russia and China, it bears noting that members that have now rightly condemned the terrible aggression against Ukraine, including the Kenyan Ambassador, have found themselves unable to condemn the most barbaric acts of the Ethiopian regime or vote for meaningful action.
Even while – symbolically at least – representing the African continent on the UNSC, Ambassador Martin Kimani was unable to muster the same eloquence or passion for the millions of Tigrayans suffering very close to home. The UN Secretary-General himself chose an approach of appeasement and remains unwilling to even attempt to enact any of the measures in his purview against the Ethiopian and Eritrean governments.

The Russian invasion of Ukraine has rightly led to the full activation of these principles. A similar principles-based and early response to the war on Tigray could have forestalled both the protraction of a brutal conflict and one of the worst humanitarian crises in the world today. Today, with international attention gripped by the growing toll of the Russian invasion of Ukraine and its regional and international implications, there is credible concern that this will result in the further neglect of the people of Tigray and lead to the deaths of millions of Tigrayans.

The article first published on The Elphant

WHO chief promotes Bill Gates’ book on ‘next pandemic’