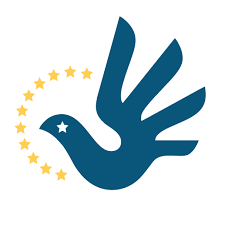 Source: The New Arab
A report by Euro-Med Rights Monitor and ImpACT International centres on a ‘massive campaign of arrests’ in late June

The UAE has abused Africans working within its borders, including through torture, racism and sexual violence, according to a report by two rights organisations.

They spoke with around 100 Cameroonian, Nigerian and Ugandan citizens to produce a document called “They Told Us That They Hated Black Africans”.

The report centres on “a massive campaign of arrests” during a two-day period in late June, which was verified in the testimony of over 20 of their participants.

Those arrested believe there were at minimum 800 Africans brought in during the early mornings of 24 and 25 June, and that some of these individuals remain held, though how many is unclear.

Among the 800 were pregnant women.

A Ugandan teacher named Kenneth Rubangakene, who was detained for 38 days, claimed: “We were brutally prosecuted [sic] on the basis of skin colour. The police told us: we will not allow any of you to remain in the streets of Abu Dhabi.

“They told us that we stink. In prison stripped us naked. They laughed at us and confiscated our belongings.

“They threatened us with electric shocks and fed us only Arabic bread and rice. I saw someone shocked and beaten when he refused to comply with the demands of the authorities.”

Most of those arrested were later removed from the UAE, even though they had either residence or approval to work in the country, or both.

“The victims were interrogated, beaten, physically and psychologically tortured by the authorities, who questioned them about their legal status, profession, and salaries. Many were accused of prostitution,” Euro-Med Monitor said in a press release.

Despite being informed they were to come before a court, such an opportunity was not available while being held.

Deportations started after detentions had gone on for five weeks, and it is claimed the Emiratis “faked Covid-19 tests” to allow these commercial flights to go ahead.

Some workers have said they’ve now found their roles posted for recruitment on the internet, “restricted to Asian-only nationality”.

“There is a dire need to bring justice to the victims. Equally so, it signals the urgent need to acknowledge and address the systemic racism in the country that has given way to such abhorrent and shocking treatment of human beings.”

The UAE is still using “targeted arrests and deportations”, Euro-Med Monitor’s press release alleges, saying others continue to come forward with their experiences.

The New Arab has contacted the UAE Ministry of Foreign Affairs and International Cooperation for comment.