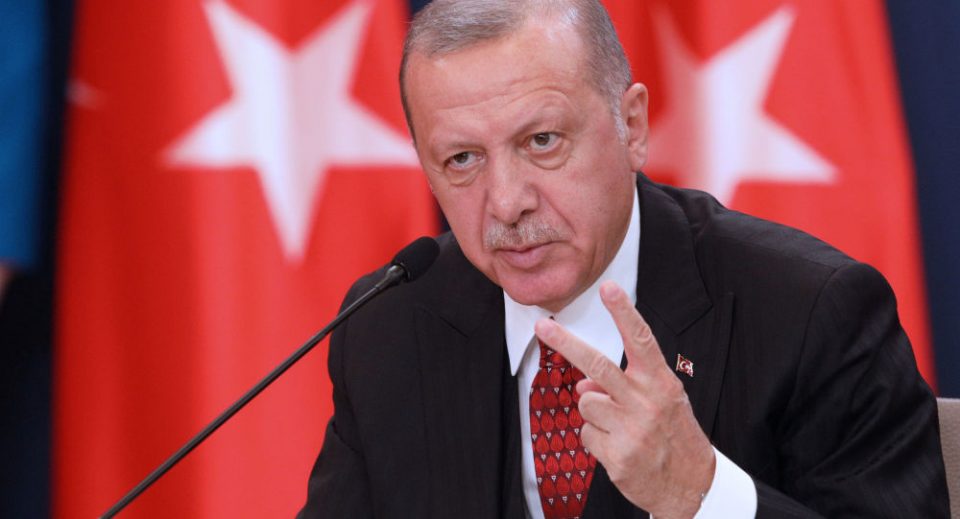 Embattled Turkish President Recep Tayyip Erdogan said on Tuesday he would “teach a lesson” to Eastern Libyan commander Khalifa Haftar if he resumed fighting after abandoning ceasefire talks in Moscow.

Haftar left Moscow on Tuesday without signing a peace deal aimed at ending nine months of fighting with the UN-recognized government in Tripoli.

The administration in Tripoli is backed by a plethora of armed militia including groups with links to al-Qaeda. Haftar, who is supported by many European and Gulf powers, has vowed to remove these militias from power.

“We will not hesitate to teach a deserved lesson to the putschist Haftar if he continues his attacks on the country’s legitimate administration and our brothers in Libya,” Erdogan told a meeting of his party in Ankara in a televised speech.

Erdogan said the issue would now be discussed at talks in Berlin on Sunday attended by European, North African and Middle Eastern countries, as well as the UN, EU, Africa Union and Arab League.

“The putschist Haftar did not sign the ceasefire. He first said yes, but later unfortunately he left Moscow, he fled Moscow,” Erdogan said.

“Despite this, we find the talks in Moscow were positive as they showed the true face of the putschist Haftar to the international community.”

65% Of Our Fighters Have ‘Disengaged’ From The Frontlines -TPLF Commander