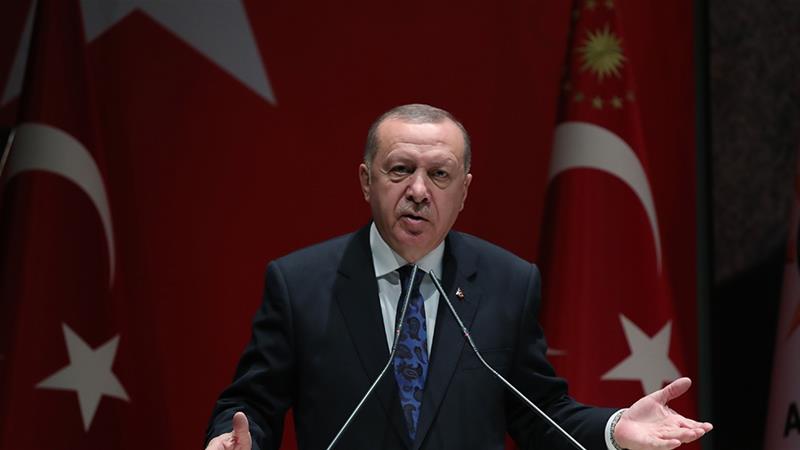 In a speech in Ankara on Thursday, Erdogan said that he will on January 7 present a bill to the Turkish parliament on deployment legislation.

“We will present the motion to send troops [to Libya] as soon as parliament resumes,” Erdogan said.

“God willing, we will pass it in parliament on January 8-9 and thus respond to an invitation” from the Tripoli-based GNA, he said.

The GNA’s cabinet of ministers and Turkish legislators have since ratified the deal, but a separate motion is needed to send troops.

Thursday’s announcement came a day after Erdogan met with his Tunisian counterpart, Kais Saied, during a surprise visit to the Tunisian capital to discuss developments in neighbouring Libya .

Erdogan told reporters in Tunis that the two leaders discussed ways to establish a ceasefire and bring warring factions back to the negotiating table.

Erdogan reiterated Turkey’s willingness to send troops to support the GNA, saying Ankara would do so at the Libyan government’s request.

The country has been split into rival eastern and western administrations since 2014, with the GNA, currently controlling Tripoli, situated in northwestern Libya, and a parallel administration holding the east of the oil-rich country, supported by renegade military commander Khalifa Haftar‘s self-styled Libyan National Army (LNA).

Since early April, Haftar has waged a military campaign against the GNA, which he accuses of harbouring “terrorist elements”.

Moscow last month denied reports in the New York Times that it had sent had mercenaries to fight on Haftar’s side, while the UN has also accused the strongman’s forces of recruiting fighters from Sudan.

“They are helping a warlord. We are responding to an invitation from the legitimate government of Libya,” Erdogan said Thursday. “That is our difference.”

What makes a good doctor? Why school marks aren’t everything