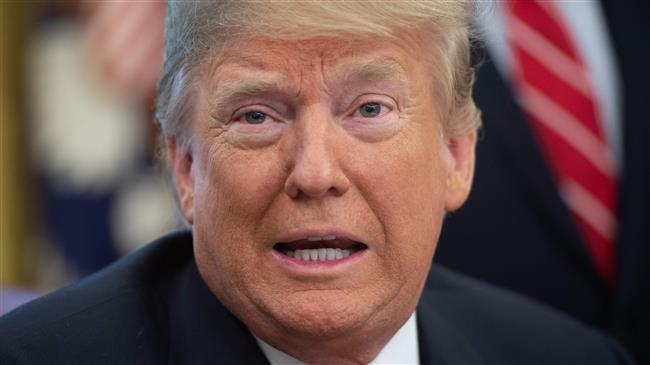 Alwaght– The US President Donald Trump is “frustrated” and “disappointed” with Prime Minister Benjamin Netanyahu and Israeli regime in general, Anonymous sources in the White House have told an Israeli news website.

“Americans are discouraged and frustrated by Israeli politics and the current political crisis, which has prevented the White House from unveiling the political part of the deal of the century,” they were cited as saying by Ynet News, referring to the Trump administration’s so-called peace plan for the Middle East.

They added that the president, who has claimed of having a dream to end conflict between Israelis and Palestinians, has openly talked about feeling “very disappointed” with the Israeli premier.

“The president doesn’t like losers,” said a White House source, referencing his failure to secure a clear victory in the April 9 elections.

Former Secretary of State Rex Tillerson, who was fired by Trump, said at an event at Harvard University two months ago that the prime minister “played” Trump by providing him with incorrect information.

“In dealing with Bibi, it’s always useful to carry a healthy amount of skepticism in your discussions with him,” Tillerson said. “It bothers me that an ally that’s that close and important to us would do that to us.”

Since he took office, Trump has illegally recognized Jerusalem al-Quds as the Israeli capital and acknowledged Israel’s sovereignty over Syria’s Golan Heights.