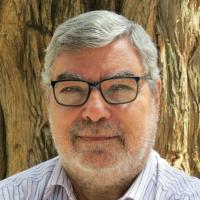 Comment: International actors like the UN who want to help should listen more earnestly to what Arab men, women, and desperate youth have been saying for decades, writes Rami Khouri.

Iraqis demonstrate against the lack of electricity, as well as corruption and high unemployment [Getty]
The United Nations issued a powerful policy brief earlier this week that is essential reading for anyone interested in how the Covid-19 pandemic has aggravated regional trends that could bring some Arab countries to their knees, including deteriorating economies, rising poverty and vulnerability, and large-scale human suffering.

But the report’s conclusions and recommendations revert to cliched approaches that have been advocated for decades, with little impact.

This report deserves our attention, though, precisely because it captures in a succinct 27 pages all the major – and still growing – “decades-long challenges” that plague the Arab region’s 436 million people.

The report outlines almost exactly the same problems that tens of millions of Arab citizens have been demonstrating about in their streets since the 2010-11 uprisings. Together, the UN report and the Arab protesters’ demands show how we reached this dangerous point and where we should take immediate action to stop the bleeding.

The specific statistics it provides are frightening because of (in my words, not theirs) Arab development policies since the 1980s which have been hijacked by autocratic, oligarchic, sectarian, and increasingly corrupt and incompetent political leaders: About a quarter of all citizens live in poverty (115 million of 436 million), most of them without social safety nets or insurance.

The Arab region has the world’s highest wealth inequality, with 31 billionaires owning as much as half all adults in the region. Seventy-four million Arabs are at special risk to the pandemic because they do not have access to handwashing facilities.

The IMF’s growth forecast for the region is the lowest in the last half century. Nearly 60 million people need humanitarian assistance to survive. Oil and gas revenues will drop by 40 percent this year. The region will lose $35 billion in tax revenues this year; fiscal deficits will increase from 2.8 percent to 10 percent of GDP in 2020, requiring more borrowing, belt-tightening that squeezes already thin social services, and higher debt burdens.

The list of facts and figures on our struggling region is long (on gender violence and inequality, informal labour, education, youth, and others), but the one that struck me most is on foreign direct investment (FDI) trends. The report expects FDI to decrease this year by 45 percent – but notes that FDI has been dropping in the region for the past decade, from $88 billion, in 2008 to $31 billion last year.

Of course, all this was anticipated, as many in our region flagged months ago. The pandemic only aggravates and accelerates existing trends, which in turn reflect the damage still being done by dilapidated, dysfunctional governance systems.

The UN cannot say this in such clear terms, of course, given the delicate word games it must play with its member governments, so it is up to Arab region analysts, activists, and scholars to point out the congruence between the “challenges” we face and the demands of Arab protesters in the street.

My analysis of the revolutionary uprisings in Algeria, Sudan, Lebanon, and Iraq provides this summary of the main demands:

– The resignation of the president or prime minister, removing the entire ruling power elite, ending oligarchic-sectarian-military rule, and creating a new government system anchored in the rule of law and democratic pluralism;

– electing a new parliament through a nationally equitable electoral law, installing qualified, independent civilians to head and run the government;

– assuring an independent the judiciary and the rule of law to protect all citizen freedoms and rights (especially freedom of expression), and applying anti-corruption laws to retrieve from corrupt politicians billions of dollars of stolen public money;

– pursuing social and economic policies that address the needs of all citizens, especially the poor and vulnerable, rather than enriching the regime-connected power elite, and providing decent jobs and public services equitably to all citizens and regions.

The UN report offers some logical proposals to address the frightening scenarios ahead if current trends continue, though most unrealistically expect existing Arab governments to suddenly develop the competence and heart they have never exhibited before.

One practical proposal worth exploring was made recently by UN economist Khalid Abu-Ismail, whose trenchant analyses of Arab poverty and inequality prompt him to recommend a 1 percent solidarity wealth tax by the fabulously rich to help close the poverty gap, and also promote civic equity and unity. An emergency regional solidarity fund could similarly focus on social protection and food security, two of the most pressing threats.

International actors who seek to help repair fragmenting, warring, and pauperised Arab states should simply listen more earnestly to what Arab men, women, and desperate youth have been saying for decades: our economies and environments are corroding, and our lives and futures are slipping out of our hands, because our governments, backed by global powers and institutions, treat us like simpleton servants and waifs. We have no rights, no voice, no real human existence in the eyes of our power elites.

If the Covid-19 pandemic is indeed an opportunity to build the better world we all seek, this might be time for the UN and its agencies, the World Bank and IMF, international NGOs, private investors, bilateral donors, academic and civil society partners, media, and anyone else who looks into our countries and wonders what to do, to engage and embrace the peaceful protesters on the streets, rather than just point out how hungry and angry they are. Now is the time to listen carefully to what they are saying, and truly understand the pain they feel and the changes they seek.

Then, I suggest to our international colleagues, invite them to every meeting you hold with a government official, demand that they have a formal role in monitoring any Arab state expenditures of foreign funds or new programmes to aid citizens, perhaps via councils of independent advisers in every Arab country where you operate.

They will enrich your analyses and plans, and make you feel confident that you now participate in genuine change for the better because you have finally embraced, heard, and understood those hundreds of millions of Arab citizens whose suffering ignites the most powerful input into any ideas on building a new world.

International agencies and Arab governments have mostly wrecked and bankrupted our region. It is time for citizens to play a role in fixing it. This UN report is a good place to start pondering that possibility.

Rami G. Khouri is senior public policy fellow, adjunct professor of journalism, and Journalist-in-Residence at the American University of Beirut, and a non-resident senior fellow at the Harvard Kennedy School’s Middle East Initiative.

the article first appeared in The New Arab