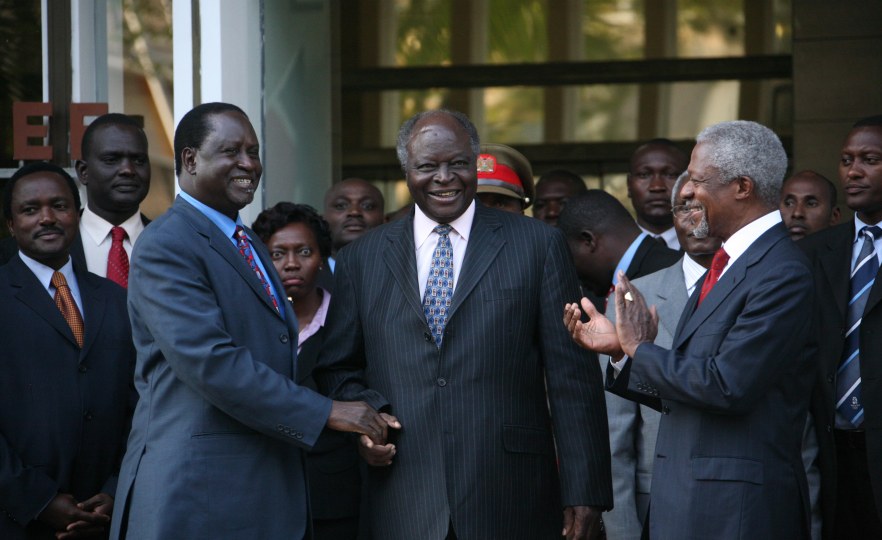 Do African solutions to African problems work? I crunched the numbers.

If you type “African solutions to African problems” into Google Scholar, the top academic articles mostly convey a sense of gloom. They suggest that hope in the familiar maxim is sadly undermined by the fact that African countries have “limited economic resources” and a “lack of capacity”. They posit that African mediators struggle to resolve African conflicts, and that Western third parties are more effective thanks to their superior resources and leverage.

The very top article goes as far as to say: “it would be surprising if the world’s poorest continent were able to solve the world’s most frequent and widespread as well as most deadly conflicts”.

This seems to reflect the academic consensus. That “African solutions to African problems” is a nice aspiration but far from the reality. But is this really the case?

I recently conducted a statistical analysis of conflict mediation attempts in Africa. Published in International Organization, the research compared the effectiveness of African and non-African efforts from 1960-2017.

Contrary to the received wisdom, it found that African mediation is more likely to lead to peace agreements and that those deals are more likely to last. It suggested that efforts led by states or organisations on the continent tend to outperform those led by the likes of the US, France or the UN.

The importance of legitimacy

There seem to be two main reasons for the disconnect between the perception and reality.

The second is that, when examining the effectiveness of mediators, observers often focus on third parties’ economic and coercive resources, of which African third parties typically have fewer. Analysts tend to focus much less on perceived legitimacy even though it is crucial given that warring parties enter mediations voluntarily.

African mediators generally enjoy more legitimacy than non-African ones. They have a commitment to the “African solutions to African problems” norm. Meanwhile, several observers have noted that when the mediation is African, compromise is often seen as a moral obligation in the interests of African unity. This normative environment puts moral pressure on the conflict parties to search for a mediated solution.

During the mediation to end Sudan’s first civil war in the early 1970s, for instance, Mohammed Omer Beshir, head of the Sudanese government delegation, later reflected that African diplomats “instilled the feeling in the delegates that the [peace] conference should never be allowed to fail. They advocated the need to unite, to shake off the imperialist inheritances and conciliate religious differences”. Representing the other side in the conflict, Abel Alier similarly recalled how the he and other participants were partly driven to compromise by a reluctance to let the African mediators “leave Sudan with bleak forebodings of the country’s future”.

Those who appreciate the importance of third party legitimacy are therefore probably less surprised by the finding that African mediation is more successful than non-African mediation.

While important, legitimacy is not a panacea of course, and African mediators do not always enjoy more of it. In particular, African third parties become much less effective when they have supported any of the conflict parties. This includes covert destabilisation activities, which African states quite often engage in by providing armed groups with money, weapons, training or safe havens. This kind of involvement significantly lessens an African mediation’s perceived legitimacy and therefore effectiveness.

For instance, when the war broke out in Darfur in 2003, Chad’s mediation failed in part because it lacked legitimacy in the eyes of the armed opposition due to its previous support of the Sudanese government forces.

The best of both worlds?

According to the data, African mediation efforts have a higher success rate than non-African ones. However, as I found in a related piece of research published in International Peacekeeping, the most effective mediations are actually a mix of the two: specifically when African third parties take the lead, but with support from non-African counterparts.

An example is the mediation process that led to the conclusion of the Comprehensive Peace Agreement (CPA) in Sudan in 2005. The East African bloc IGAD led this process, ensuring the legitimacy of the process. Meanwhile, the US provided incentives to the Sudanese government – such as promising the normalisation of relations – and the UN Security Council organised a meeting in Nairobi to apply pressure on the conflict parties.

A plausible explanation for the effectiveness of African-led mixed mediation is thus that the legitimacy of African mediators and the resources of non-African partners supplement each other. This suggests that rather than meaning African countries should go it alone, the maxim of “African solutions to African problems” should be best understood as a division of labour and responsibilities.