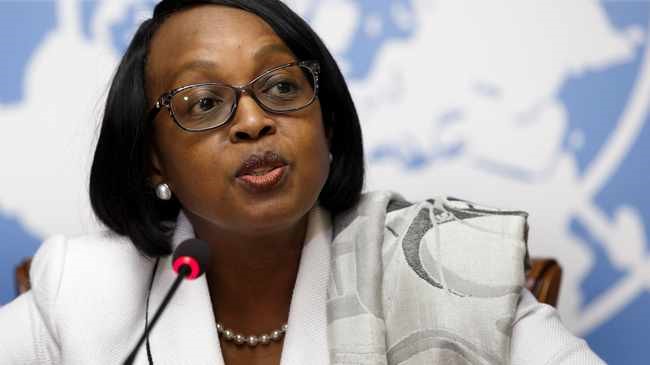 With the start of winter in Southern Africa, Moeti said there’s a potential for a surge in Covid-19 cases.

On Thursday, South Africa recorded more than 20000 new Covid-19 cases in a 24-hour period for the second day in a row. New cases have also been rising in North and East Africa, in countries like Angola, Cabo Verde, Cameroon and Eritrea.

Moeti, who spoke during a virtual press conference today, said: “The tragedy in India does not have to happen here in Africa, but we must all be on the highest possible alert. Governments must maintain strong surveillance and detection systems, reassess and bolster their treatment capacities, step up the supply of critical medicines, including medical oxygen and ensure there are enough beds for severely ill patients.”

Moeti also welcomed the United States decision support to South Africa and India’s efforts to temporarily waive patent protections for Covid-19 vaccines and medicines at the World Trade Organization (WTO).MORE ON THIS

She called this a game-changer for Africa, which could unlock millions more doses and save countless lives.

The situation in India has also affected and delayed vaccine roll-outs on the continent. As one of the largest Covid-19 manufacturers in the world, the country has put a temporary export ban as it focuses on fighting the current surge in cases internally.

Thabani Maphosa, managing director country programmes at Gavi, the Vaccine Alliance, said Africa had not received the 140 million doses which were expected to be delivered by the Serum Institute of India.

“We have not received anything for March, April and May but we are in discussion with other manufacturers, including Johnson and Johnson. We are also talking to China and Russia as well,” he said.

Moeti further mentioned that Africa’s vaccination coverage is the lowest for any region of the world.

“While globally, 150 doses of the vaccine have been administered per 1000 people, in sub-Saharan Africa it’s about eight doses per 1000 people. Low vaccination coverage places African countries at higher risk of a massive upsurge in cases,” she said.