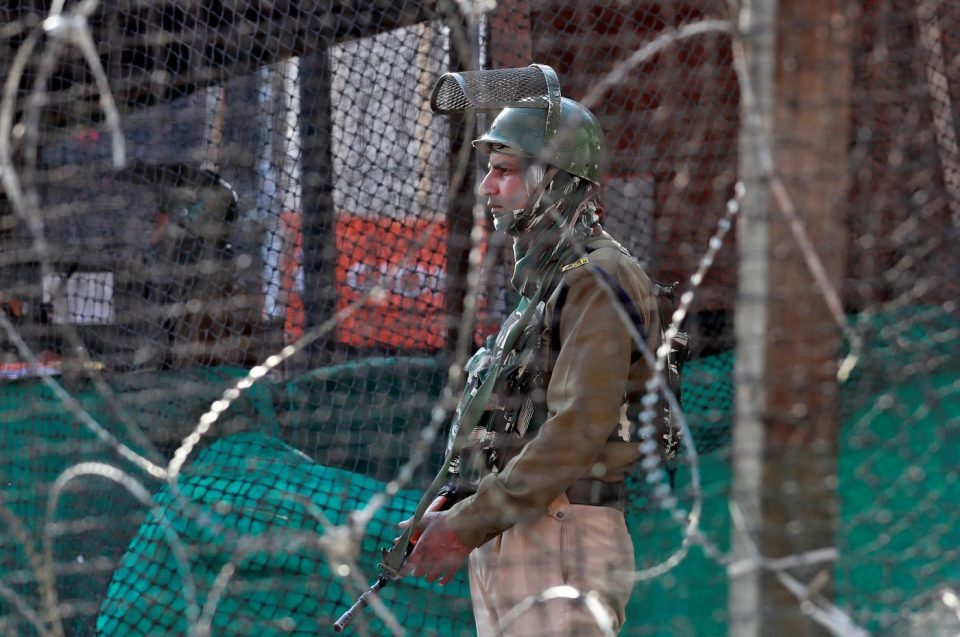 Idrisa Pandit
India’s Hindu nationalists have learnt from their allies in Israel. The results can be seen in Kashmir 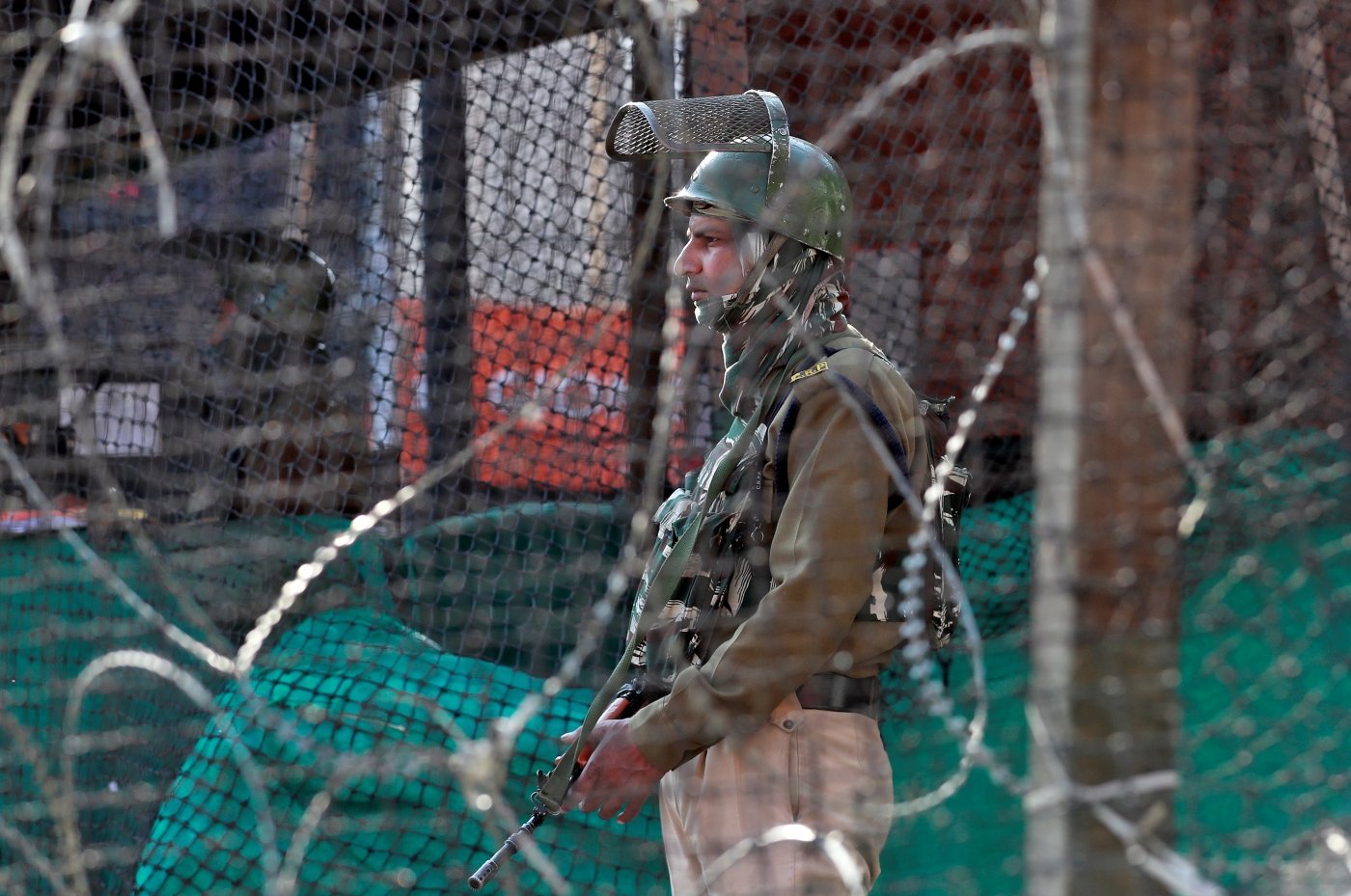 On 23 November, India’s consul general in New York, Sandeep Chakravorty celebrated the achievements of the state of Israel in establishing political and cultural hegemony in historic Palestine, and called for a replication of the “Israel model” in Kashmir.

It is outrageous that an Indian political representative would endorse an illegal settler-colonial project in Kashmir and look to an ethno-nationalist state for a step-by-step playbook on how to make it happen, but it’s also not surprising.

Even the recent letter issued by India’s prime minister, Narendra Modi, expressing support for Palestinian sovereignty, cannot disguise the direction in which India has long been headed: that of becoming an ethno-nationalist state in its own right.

Since 2003, India and Israel, at times including the United States, have formed an ever-deepening alliance against terrorism and “fanatic” Muslims. Today, India is one of the top buyers of Israeli arms, participates in joint “counter-terrorism” military exercises, and trains Indian special forces, who are then deployed in India’s restive northern territories, including Kashmir.

But India and Israel are not just “friends with benefits”.

Their common cause lies in their noble fight against an existential threat perceived to be posed by those “fanatic Muslims”. Both nations justify their militarisation and disregard for the human rights of Palestinians and Kashmiris as necessary to tame “barbaric”, “backward”, and “misogynist” Muslims. In these self-professed democratic states, Muslims, through the simple fact of their existence, undermine the supreme religious and cultural identity of the state.

Just as the Zionist movement claimed that Arabs have no attachment to the land of Palestine, despite it being their homeland, Hindutva – the predominant form of Hindu nationalism in India – supporters deem Muslims as foreigners and invaders, as threats to the nation. They must either leave India, convert, or live as second class citizens.

The consul general’s statements erases the existence of the majority Muslim population of Kashmir, their history as indigenous people, and the pluralistic nature of the Kashmiri society.

The alliance of Hindutva and Zionist forces is growing in India and abroad, especially after the 5 August siege of Kashmir. At an event held recently at Mumbai University and hosted by the Indo Israel Friendship Association, the speakers espoused the virtues of ethno-nationalist ideology and the apartheid regime that has been so successful in establishing Israeli domination over Palestinians.

The current government in India has unabashedly embraced the Hindu supremacist ideology first espoused by the founders of the ultra-right wing RSS organisation. Today, there is no room for non-Hindus in Hindustan. At an upcoming event in Toronto, the discourse of Muslim “terrorism” will bring Zionists and Hindu nationalists together to discuss, “same enemies, same ideology.”

There was a strong resonance between the exclusionary and supremacist ideas propounded by the consul general and the views of M.S. Golwalkar and V.D. Savarkar, the ideological fountainheads of Hindutva, and supporters of Zionism. Both Savarkar and Golwalkar condemned the Indian vote at the 1948 United Nations General Assembly in favour of two equal states for Israelis and Palestinians.

Just as Hindutva followers blame Muslims for the loss of Hindu culture in Kashmir and the rest of India, Golwalkar, inaccurately, blamed “intrusion of Islam” for the loss of Jewish culture and traditions in Palestine, hence supporting the creation of an exclusive Jewish state at the expense of the ethnic cleansing of Palestinians.

He held that the Jews had “maintained their race, religion, culture and language” in exile and all that was needed to complete their “nationality” was a “natural territory”.

Drawing parallels to Israel and comparing their departure from Kashmir to the Biblical exodus, Chakravorty, the consul general, urged Kashmiri Hindus to maintain their faith, culture, and language and return as per the government plan, as settlers. This is a notion that has been rejected by Kashmiri Hindus residing in Kashmir, as well as Kashmiri Hindu scholars.

Kashmiri Hindus are equal permanent residents of Jammu and Kashmir and the honourable return of those who wish to go back to their homeland is affirmed by the majority Muslim community, including the Kashmiri resistance leadership.

By capitalising on the phenomenon of anti-Muslim hatred that has been cultivated with care around the globe, India and Israel have been able to convince their own populations to ignore – or better yet, to support – the dehumanisation and exclusion of entire communities of indigenous peoples who do not conform to the supreme national identity of the state.

Both India and Israel have also managed, with overall success, to escape meaningful attention by powerful political actors, including inter-governmental organisations. India has successfully branded its decades-long military occupation of the Kashmir region as an “internal conflict”, clearly revoking any invitation the international community might have thought that it had to intervene in the well-documented human rights abuses perpetrated by the Indian army. Israel paints itself as the “only democracy in the Middle East”, a haven of white civility surrounded by angry, if altogether impotent, Arabs. Israel’s belligerent position over millions of indigenous Palestinians is thus met with billions of dollars of military aid and support for the Israeli policy of settlements by the United States.

In reality, it is Kashmiris who are now facing an existential threat. Since India revoked the last vestige of semi-sovereign status that the territory held, Kashmiris are losing control over their land and resources.

With the promised influx of corporate conglomerates that put profit before people and the earth, the long tentacles of colonial rule have already begun to root themselves in the lush and fragile paradise of my family’s home.

Refugees in Tripoli are resisting to inhumane treatment: “We deserve to live”