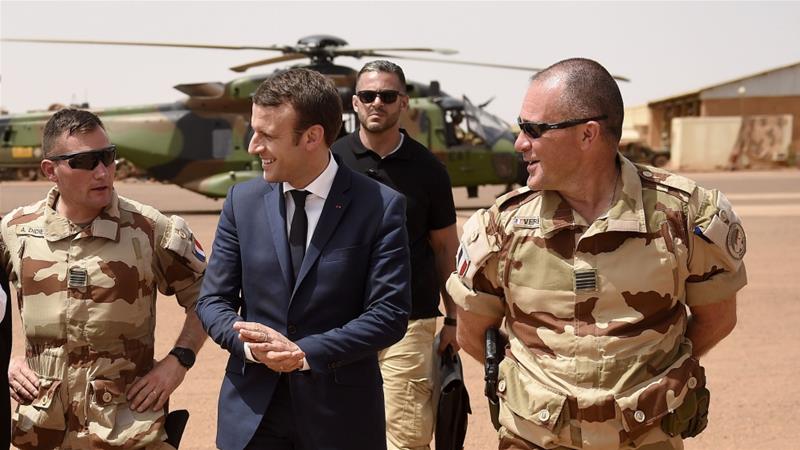 French soldiers during a visit by French President Emmanuel Macron to Operation Barkhane in Mali in 2017. Christophe Petit Tesson/EPA 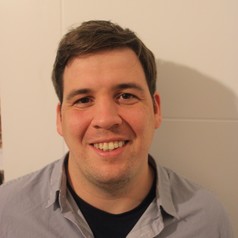 Two French soldiers have died during military operations in Mali taking part in Operation Barkhane in recent weeks. This follows the death of 13 soldiers in a helicopter crash in November 2019. With 5,100 troops concentrated principally in Mali, Niger and Chad, the main function of Operation Barkhane is to combat jihadist groups in the region. It represents France’s largest overseas military operation in Africa since the Algerian War in the 1950s.

It’s been 60 years since most of France’s African colonies gained their independence in 1960. Since then, France has intervened militarily more than 50 times on the continent. My research shows how these interventions often follow a consistent logic which emphasises the protection of local and regional political orders, often at the cost of good governance and long-term stability.

Chad has been the most consistent target of French military activism. French politicians dispatched troops to protect a variety of Chadian dictatorships in the 60s, 70s and 80s. In 1986, France launched Operation Epervier to protect the regime of Hissène Habré against the advance of Libyan forces and Libyan-backed rebels, and French forces have remained in the country ever since. Habré was convicted of crimes against humanity in 2016.

In 2006 and again in 2008, Epervier provided logistical and intelligence support to help Chad’s current president, Idriss Déby, stave off rebel assaults on N’Djamena, the country’s capital. In 2014, Epervier, along with France’s military presence in Mali, Operation Serval, was replaced by today’s Operation Barkhane.

More recently, for four days in February 2019, a series of French airstrikes in Chad annihilated a column of around 50 pickup trucks carrying rebels from the Union des forces de la résistance, a group opposed to Déby. Although a comparatively minor incident, this is reflective of a broader pattern to France’s lingering involvement in African affairs. If Barkhane’s aim is to counter the jihadist threat in the Sahel, why did its forces intervene to protect a leader from a domestic political rebellion?

The main reason boils down to France’s principal foreign policy priority in Africa since 1960: maintaining stable African political orders broadly favourable to French interests. These interests are diverse and change over time. They include the prestige associated with influence and power projection in another continent, as well as the maintenance of a constellation of states supportive of French diplomacy. The promotion of French language and culture, business interests and investment opportunities are also important, as well as concerns over immigration, and more recently, the “war against terrorism”.

In the first few decades after 1960, for French policymakers this meant self-consciously promoting one-party states and authoritarian regimes. The theory was that multiparty democracy would exacerbate ethnic divisions and lead to civil wars. Even after the cold war ended and democratisation took centre stage on the international agenda, formal French pronouncements promoting democratic transitions were often accompanied by policies which stymied such moves. These included support for rigged elections in Togo and Gabon.

Another consistent characteristic of French military interventionism has been the frequent tendency of French politicians to conceive of threats to their “pré-carré”, or what they consider their backyard, in grandiose, ideologically informed narratives. French leaders have often interpreted opposition to sitting regimes or open rebellions in Africa as a result of foreign actors or ideologies.

This has allowed African elites to shape French views of African problems. For instance, during the Cold War, this took the form of exaggerated fears of Communist subversion. In 1977 and 1978, France helped save the regime of Mobutu Sese Seko, dictator of Zaire (now the Democratic Republic of Congo) from the invasions of the Katangan Gendarmes – Zairian rebels based in Angola. French intervention was predicated on the theory – championed by Mobutu – that these rebels were mere proxies for Soviet or Cuban expansionist plans in Africa. In reality, research has shown that they received no backing from the Eastern bloc and were products of the lasting legacies of Katangan secession, civil war in Angola, and the Mobutu regime’s repressive treatment of populations in southern Zaire.

A similar story lies behind France’s role in backing the Rwandan government of Juvénal Habyarimana against the Tutsi-dominated Rwandan Patriotic Front (RPF) invasion from neighbouring Uganda in 1990. François Mitterrand, French president at the time, viewed this invasion as an Anglophone proxy for both Uganda and broader “Anglo-Saxon” interests, as did his advisers. In fact, the invasion was the product of decades of discrimination and violence against Rwandan Tutsis. But French logic dictated a military response to repel a “foreign” invasion to both defend Rwanda against the “Anglophone front”, and maintain French credibility as a protector of its francophone allies.

Current French and broader international efforts in the Sahel to combat the spread of jihadist groups follow a similar logic. Local observers and academic researchers have emphasised the importance of state violence and local grievances in generating armed resistance to regional governments and civil war in the region. But French policy continues to focus on the cross-border jihadist threat. This has meant more French investment in training, equipping, accompanying, and sharing intelligence with local security forces. It has also meant an increased reliance on states such as Chad whose armed forces are some of the worst purveyors of violence in the region.

For 60 years, interventionist French policies aiming to “stabilise” France’s African partners have bolstered violent, reactionary, and authoritarian political orders. French protection, or even the illusion of it, has enabled many of these regimes to pursue corrupt, discriminatory, and occasionally genocidal policies.

Saving Mobutu in the 1970s gave the dictator space to crack down on dissidents and pursue the plunder of his country for another two decades. Protecting Habré’s regime in the 1980s allowed him to become one of the bloodiest rulers in post-colonial African history. France’s 1990-1993 intervention in support of Juvénal Habyarimana’s regime in Rwanda prolonged a war which eventually resulted in genocide.