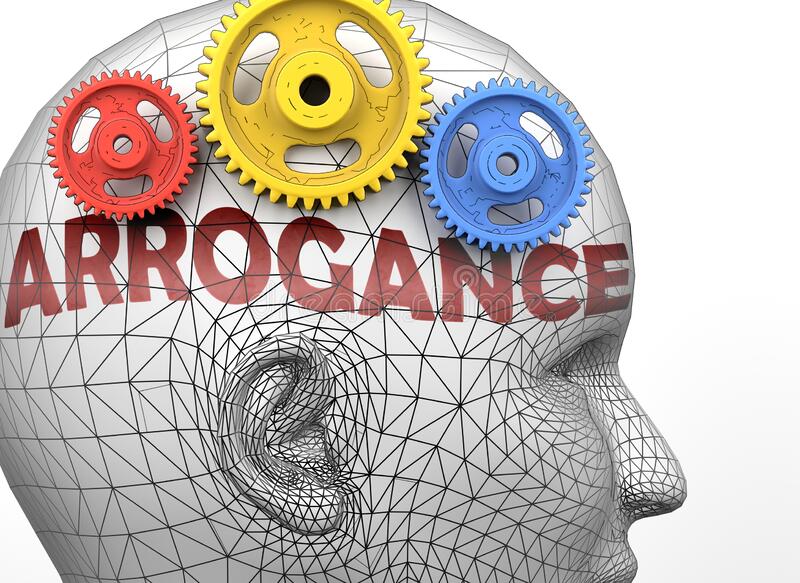 For every trying moment we experience it seems there is a quip from Winston Churchill waiting to help us through. As the world faces up to its frailty in front of a microscopic virus, we must remember to “never let a good crisis go to waste.”

The coronavirus has thrown us into the unknown. In fact, the virus itself should be called Phenomenon Unknown, for we know so little about it. We are facing an existential crisis on multiple levels today: regarding ourselves and what we do with our time, concerning the foundations our societies and economy are built upon, about our relationship with the rest of the world and with nature, and, most importantly, relating to our utter powerlessness in front of this virus. On every one of these levels we are realizing that we have much to learn and much to reconsider about the way we as humans have been living.

The first tower I am witnessing fall is the tower of human arrogance. Drunk on the speed of technological progress and the imperative of economic growth, we had all but forgotten how to admit that we really do not know very much. Indeed, we still don’t know how the ancient Egyptians assembled 2.5 million rocks, each weighing up to 15 tons, into the Great Pyramid of Giza more than 4,500 years ago. Despite the beautiful theories of our most talented scientists, we still know almost nothing about how the universe or even our own brains work. The origin of life remains a mystery, and we still don’t fully understand basic things like magnetism or water, the only liquid that expands when it freezes.

Basic human phenomena such as blushing, sleeping, laughing and kissing are still largely misunderstood. And let us not mention numbers like pi which we can never get a full handle on, meaning we technically can never calculate the exact circumference of a circle. In stark contrast to a few months ago, I am finally seeing experts pronounce the salutary words: “We simply do not know.”

Invention and discovery have over the years become a solely economic incentive, while the greatest inventors of the past died poor and achieved fame only after their passing. With our arrogance now very much dented, I am curious about the minds that will help us overcome our current predicament. And perhaps we can admit now that there is likely an end to humanity, as there is scientifically an end to our planet and to the universe. 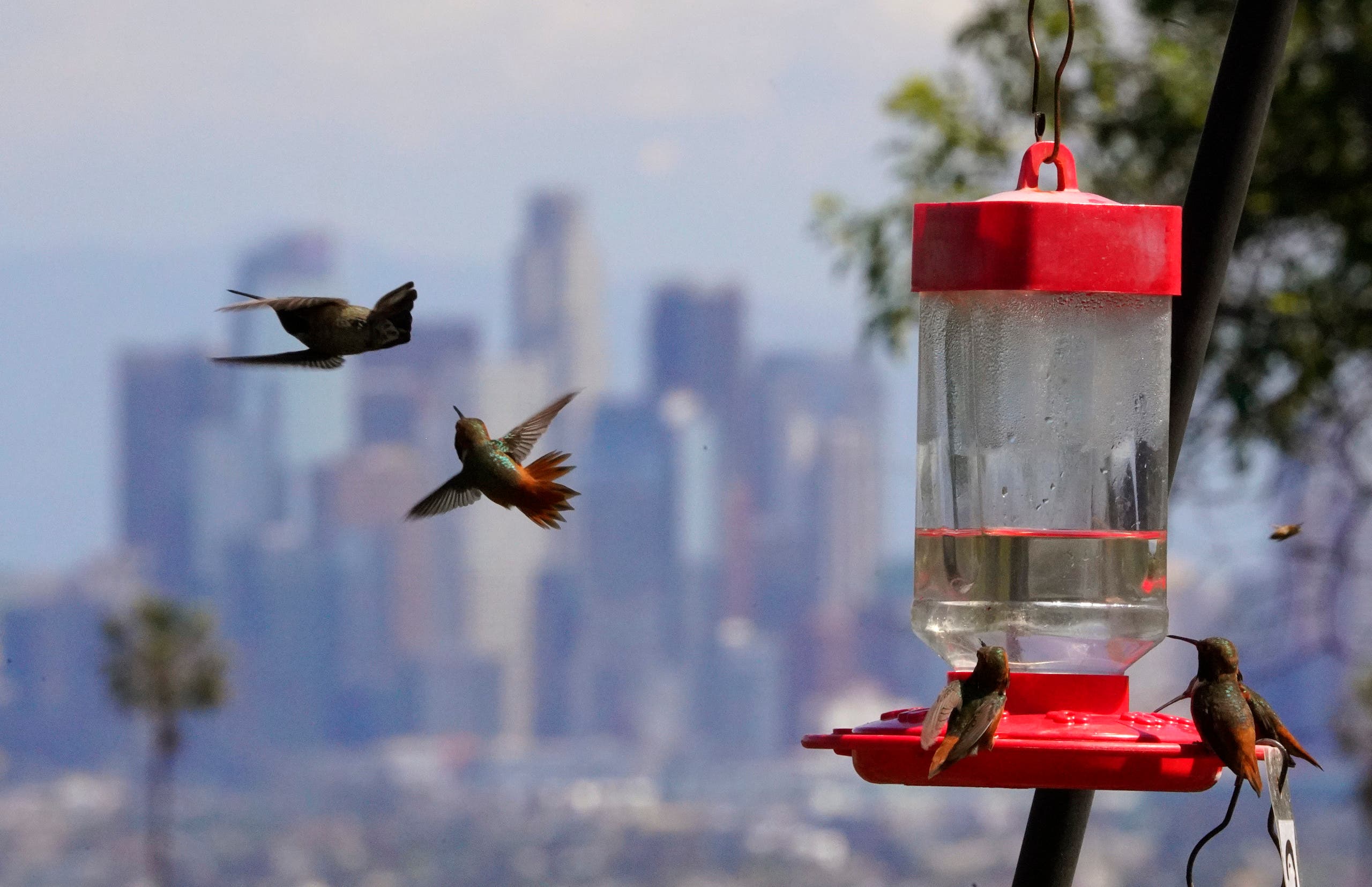 A good friend of mine from Washington wrote to me in these difficult times, remarking how for the first time in she can’t remember how long, she could hear the chirping of birds again. She has been thoroughly enjoying hearing the birdsong, which has re-entered the lives of city dwellers as human noise, pollution and hustle and bustle have receded. In otherwise unbreathable cities, people are suddenly reexperiencing the pleasure of clean, fresh air blowing into their homes. The number of lives saved by the current reduction in pollution could, according to some scientists, significantly exceed the anticipated deaths from the virus.

While we humans are caged up, plants and animals are retaking possession of their habitats, growing, scurrying and flying around freely. Suddenly we are confronted with the damning effect that we have had on our environment and on our own health. If this is not the time to finally wake up, I don’t know when is. Nature is quietly telling us that it can regain its equilibrium again very easily if we refrain from our destructive ways. Like in a TV commercial, the effects are visible after just a few weeks. Through an invisible virus messenger, nature is teaching us humility, restraint and a new way of constructing our lives and our human society.

In addition to the damaging impact we have on the world around us, the virus has also shown us how fragile our global economy and our fixation on continuous growth really are. One single month of restricted movement has sent countless businesses and livelihoods into bankruptcy across the globe. We are so dependent on the interconnectedness of the global economy that many deliveries essential to industry and, more importantly, urgent needs for facemasks and basic medicine are not currently being met. The gigantic $2 trillion relief and stimulus package just signed by US President Donald Trump is likely only the tip of the iceberg of the economic cost inflicted by the virus, which I believe will rise far above $10 trillion globally. It is useful to remember here that the entire cost of World War II to the US in today’s dollars was approximately $4 trillion, according to data from the Congressional Research Service. What is more, during World War II the US stock market was doing fine. During that war we learned the crucial technology of radar from bats; today all we are learning from bats is blindness.

Each of us has been given plenty of time to think, to reflect on our own lives and on the questionable underpinnings of a human way of life that inflicts great damage on our planet and considerable pain on fellow human beings. As much of the planet has come to a standstill, we are focusing on what is truly important and on what basis we could perhaps build a better, more just and respectful society in the future. Today the rich man cannot use his Maserati, his yacht or his private jet. We are all confined, itching for a way to pass the time, thinking of the many activities we once pursued like getting ready for work in the morning, meeting friends or colleagues for lunch, going about our chores and keeping busy. 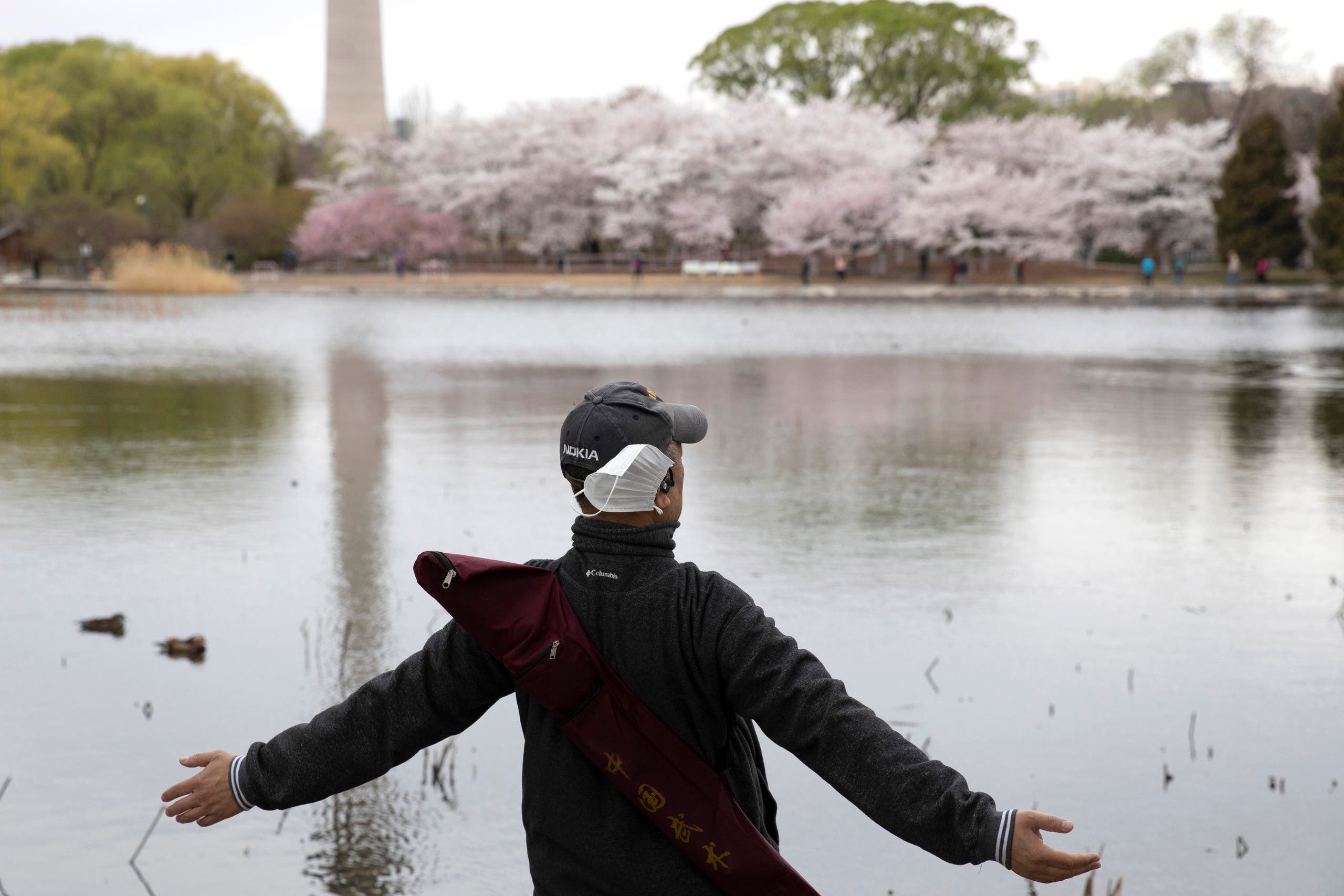 A man removes his mask to stretch and take a deep breath across from cherry blossoms at the Yuyuantan Park in Beijing on March 26, 2020. (AP)

The virus has stolen our sense of agency. We are faced with anxiety, as our most human instincts and traditions are interrupted. When close friends or relatives die, we can no longer attend a funeral to say goodbye. Millennial human traditions have been suspended, thereby reminding us who we really are.

For we humans are social animals by nature. We need to come together, we need to laugh, to embrace our friends and relatives. In fact, this points to our greatest hope today, for on top of being social animals we are also altruistic animals: we want to help others, we want to be useful, to do what we can to relieve the pain. In every country around the world we have seen people helping each other, expressing gratefulness to those potentially sacrificing their own well-being to fight the virus on the frontlines or just allowing people to continue buying their groceries. We are all in the same boat and we are all learning similar lessons during our confinement. The virus is not so much an enemy as a herald trying to tame our arrogance and our blindness.

As Winston Churchill intimated, we cannot let this crisis go to waste. Instead, let this crisis bring us together, not as nations but as one humanity, sharing the same hopes and needs, building upon the altruism of our human nature which, incidentally, no scientist has ever been able to explain or understand.