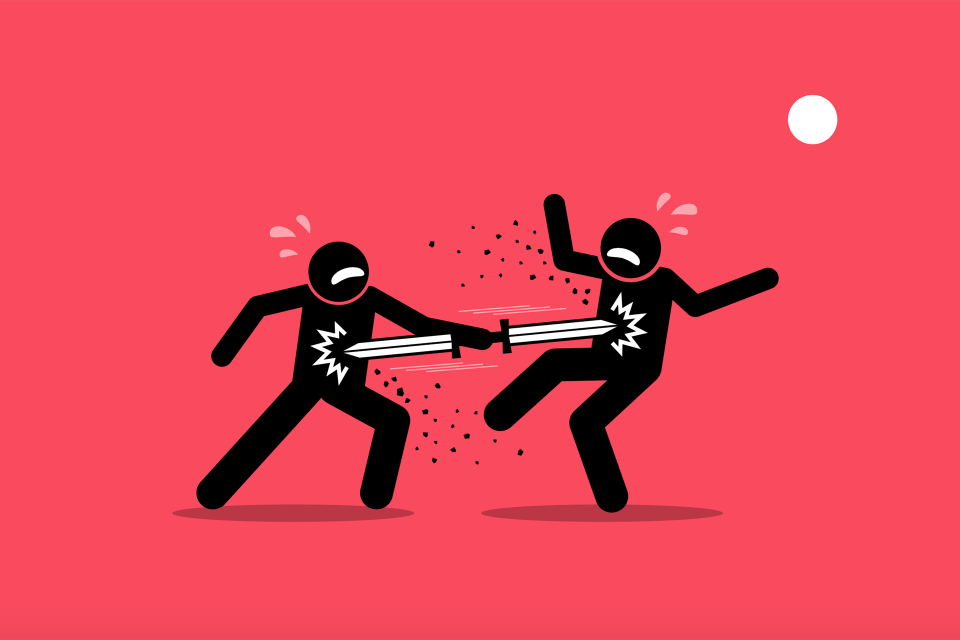 Soon after they lose jobs, Somali officials start hurling fierce criticism on the system they hawked hard when they were holding offices.

In recent years, in an era of sophisticated technology and advanced virtual connections among the global community where exposure is high, Somalis are experiencing an increased trend of politicians changing minds towards regime frequently. Albeit this is seen happen for political harvest and grassing rather than spontaneous vibe motivated by considerations of common interest.

Belly politicians, as some locals refer them to, who knows, maybe they represent that characteristic. These public officials, when they are within the circle of the ruling system, they are popularly known for being jubilant protectors of the system, fending it at local deliberation platforms and mainstream media, spreading and promoting merely the positive aspects, complemented by tailored propaganda of the system. When through any reason – be it underperformance or constrained power-sharing adjustment – they are stripped of jobs, they begin directing hostile critics, often too destructive including the revelation of confidential matters against the ruling system they protected hard before the dismissal.

This is when it comes to the minds of Somalis that the infamous expression of a ‘belly politician’ conversed vigorously locally is true in the political industry of Somalia context. Contradicting orations and positions of the daily political discourse obtained from them go on the record, which some of them if one makes a comparison between the conflicting views that go parallel from one person, brings out the intense magnitude of the individually interest-based attitude of Somalia’s public officials.

Oftentimes, people question whether the fired official (s) had been free and independently assuming his/her constitutional functions during their tenure in the job, because a different color of them is witnessed right after a few days of their ejection from office, holding grudges and accusing the former ruling team of a bad job and, their lack of desire on working towards attaining institutional output.

Advocacy over the administration promotion and its sustainable grip on the power is part of their daily task so long as the system keeps them in the job. In some instances, you could also spot a public official, who is mandated with, or tasked on, the non-political field of work such as productive and social works sectors, peddling propaganda of the ruling system at local mainstream media.

Obviously, there is a great deal of duty in his/her area of work that demands the energy and zeal he/she is conversely squandering in peddling party propaganda. Ironically, this official can rapidly turn his/her back on if a dry spell is faced.

Such tradition of party bootlicking alongside lower levels of moral principles is taking momentum in Somalia’s political industry. Pretty often, giving prioritization – at the time of appointing public positions – on making picks from propaganda transmission pool of peers rather than merit consideration, had become a norm and a way to measure performance and allegiance around leadership circles. Seemingly, this is partly a key factor fanning the growth of the culture of timed bootlicking.

It is normally stated, in some societies of the world especially the least developed nations, that corruption and ineptitude terribly characterized occupants of public offices are two major challenges that keep ruining those societies. The institutional structure of their governance arrangement is badly contaminated by ineptitude and mismanagement which results in an underperforming economy and poor standard of living.

This condition ever stays with the society so long as they endure and embrace it as a hard to change condition. It is greatly agreed by many economists that neither geographical position nor natural resource of a country could be a major reason for a transformed economy of a society, but rather referred to the kind of governance system that implemented social justice, merit-based selection process, and strengthened public institutions.

When in office, they are contented with the status; they have got power and accessibility, and their status in the society is raised, as a result, they reveal sensational allegiance and obedience to the system. But this allegiance dramatically declines to make the trajectory of obedience flatten thereupon they lose the raised status.

Somalis are pointed to be avengers, so the officials embark on a journey to root out the system by converting into fierce critics to the system they had bootlicked and protected before the public, both in times of disregard to the rule of law by the system and at times of normal works.

A clear reflection of belly careerism. Is the system only bad when they are displaced from it, astonishingly!

At a period when most of the world’s societies are working hard to transform into a digitalised service delivery, for a long time, Somalia is extremely struggling to scout out the right path to form able institutions across the country who can develop and implement reliable systems, rules and effective institutions that can benchmark and replicate success of the developed societies including in the systems of developed Islamic nations.

It is an embarrassing question of how more than three decades of continued efforts by Somali elites alongside the support of the international community, the country has never evolved from the state of fragility, violence, and conflict setting. When putting it genuinely, three decades is huge and well enough for a razed society to manage to stand up again and rebuild. This is when we look at it through a healthy mindset. An ailing attitude may find it difficult to picture the length of Somalia’s absence from being considered a lively state on the international stage.

Regardless of the different social statuses we bear, we are all obliged to be responsible citizens, from top to bottom.

For obvious reasons, we know Somalia did not migrate into an enhanced multi-party mode of filling in public offices, but in the period of that gap, living by principled values and conscious state of mind – rather than being driven by a greedy and biased sense – is a dignified political life. At some point, there is currently front-running personnel in the circle of Somalia’s political environment who earned public disapproval after they had repeatedly disclosed themselves by frequently changing sides and stance. At the moment, their political shelf-life is predictable, however, the day citizen participation is reinstated, and the public become the determinants and shapers of political waves as a result of Somalia attaining direct elections, a significant number of these materialistic officials will have to be flushed out by their disposition.

I believe it is now important more than ever that Somalia establishes a fairly employed performance evaluation mechanism across all its institutions that examines the outputs and inputs put up by the leaders and officials leading public offices. When such an evaluation entity prevails, it is hoped the concentration on office duties and innovative means that would incredibly make service delivery a standard would have been seen.

Most certainly, one may question if there are underlying conditions that compel officials to become vicious critics when they are ejected out of offices. If you exchange deep conversation with the officials, they link this behavior to an accumulated dissatisfaction sparked from perpetual outdoor interference on their official duties which trickles down from higher offices. Often, the interference in the duties of the officials extends to an extent that undermines the clout of their segregated responsibilities. In 2017, ex-minister for humanitarian and disaster management, Dr. Maryan Qasim, unexpectedly quit her job after she could not tolerate perplexing disorganization and interference within the executive branch. Numerous cases of current and previous administrations do exist.

They resiliently preserve heightened patience, sometimes they had to swallow awkward moments in order to prolong their stay in the job. Somalia is formed upon ethnic power-sharing currently which leads us to the fact the officials in the main offices walk in the offices through that ethnic centered distribution methodology. But neither does this formation cushion nor promise sustained job security for the officials? the reality is it does safeguard nothing. Beer contestant is all time available for picking and substitution. The official occupying the office must therefore accept interference, hegemony, and subjugating to avoid being substituted with the beer. The culture of bending is therefore common when in office to reveal loyalty.

Here incessant grudge commences growing. An official operated under this appalling condition, who resiliently maintained patience in an apparent authoritative working environment, gets a nasty dismissal; not consulted with, not notified, not cautioned, he hears his dismissal from the news. Somalia’s constitution is in a state of a provisional bill that is also full of contradicting and not clearly demarcated roles among legitimate branches and institutions of the federal government of Somalia. A loophole resulting from vagueness in the provisional constitution paves the way for scapegoats and manipulation of actions. Leadership, taking advantage of this and being more relaxed about moving at discretion, imposes hegemony on the officials under their supervision.

Overall, it is important there should be laws and bills in place preventing public officials at all levels from aligning their allegiance to the national work with status, power, and accessibility. Conscious communication with the public and conscious position of one’s gauging on political occurrences retain public trust while also obliterating improved citizen and government collaboration. Basing the outlook of the matters on individual feelings and grudges to stray the public in a way that you intend to cause havoc to your opponent is an unhealthy mindset that has kept this country in fragility for so long.

Kenya’s Omamo arrived in Mogadishu for talks with Somali leaders