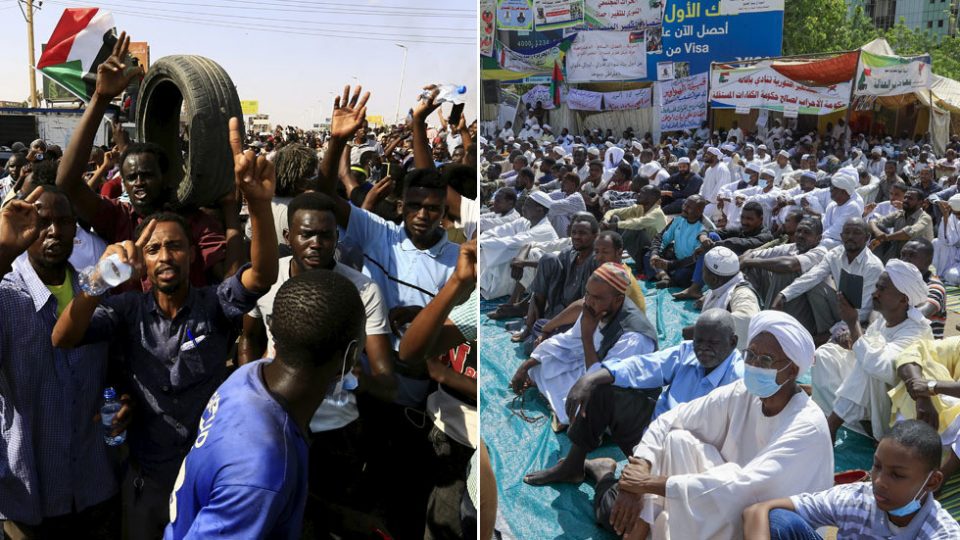 The Sudanese capital Khartoum is seeing thousands-strong protests, with activists vying for differing paths for their nation taking to the streets. Some back the transitional government, which was installed in 2019 with the task to reform Sudan’s political system and pave the way to a general election sometime in 2023. Others want a return to a direct military rule. And most have been unhappy with the deteriorating state of affairs in Sudan.

On Thursday, one of the biggest pro-government rallies this year was held in Khartoum on the anniversary of the 1964 October Revolution. The revolution was a culmination of mass protests that, similarly to the events two years ago, ended a period of military rule and ushered in a short period of civilian leadership in Sudan. The number of people who showed up for the rally was reportedly in the hundreds of thousands, with some cabinet members participating.

But the pro-military rule side has many supporters as well. They have been calling to end “the hunger government,” which they accuse of causing food shortages through corruption and incompetence. A month ago, some 40 army officers allegedly tried to take action and depose both the civilian government and generals from the Military Council, but the apparent coup attempt failed.

RT’s Murad Gazdiev has been exploring why some Sudanese people would rather have a new military dictatorship in charge and what and how IMF-advised reforms affected the economic and political situation in the country.