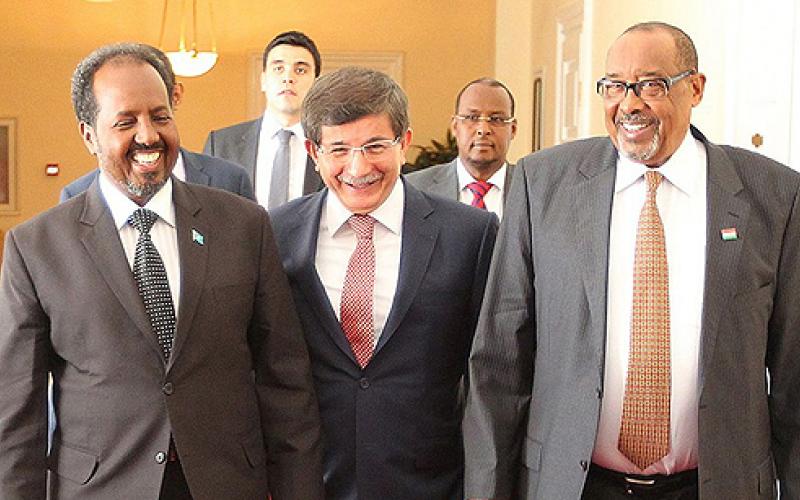 By: Hersi Ali Haji Hasan, The leader of  Waddani Party

Somaliland was a colony of Great Britain up to her independence on June 26, 1960, while Somalia was an Italian colony up to her independence on July 1, 1960. An immediate union followed, the two entities forming the Somali Republic. Briefly after the inauguration of the new government, the people of Somaliland’s dissatisfaction with the union emerged, culminating in the attempted coup of 1961. However, the new civilian government reigned only a few years, and then came the October 1969 military coup led by General Mohamed Siyad Barre. During the military rule, many atrocities including extrajudicial killings and massacres were exacted on the central and north (Somaliland) regions. The military ruler lasted up to 1991 when armed opposition groups deposed him through gunpoint. This resulted in a widespread disastrous civil war and tremendous bloodshed.

Negotiations are given a higher priority in the world and are particularly beneficial for Somaliland, Somalia, and the whole region. That is why the world is interested in both sides (Somalia and Somaliland) to seek dialogue. That is the route taken by most of the separated countries, like Czechoslovakia which split into two independent countries, the Czech Republic and Slovakia. Similar are many other countries, including East Timor and Indonesia, Ethiopia and Eritrea, Serbia and Montenegro, and the latest case of Sudan (north) and South Sudan.

In all these cases, difficult but amicable separation resulting in the completely independent world-recognized sovereign entities was achieved by negotiations and dialogue. On a similar note, negotiations and reconciliation resulted in south and north of Yemen achieve reunion. The case of Scotland’s independence demand from the United Kingdom ended in negotiations that resulted in a referendum vote won by the unity side.

Somaliland is a political reality that cannot be ignored, though not a world-recognized country. It has been a self-governing defacto state for 29 years and was part of Somalia about 31 years before. Though Somaliland’s people are satisfied with it anyway, there is a strong debate on how to transition into a fully recognized independent state. As stated by Najah Aden Farah in his recent analysis, “Generally, the prospect of transitioning a de facto state into an independent de jure republic needs hard work, according to the political state of the world today.”

On the same note, historical precedencies paint a brighter prospect on the inalienable right of self-determination. For example, a survey conducted by Adrian Florea shows 34 former de facto states existing between 1945 and 2011. Only 18 of them survived, while 16 got entangled in a hard struggle for independence that was later negotiated and settled. 12 out of the 16 reunited amicably with their motherlands through peaceful negotiations. It is quite notable that only 4 out 16 managed to transition into fully recognized states; Eritrea, East Timor, Kosovo, and South Sudan. Therefore, Somaliland could be one of the currently de facto states that survive as they are, but this is just an unpredictable wild guess.”

Somalia and Somaliland Dialogue were based on the willingness of both sides and the suggestions of the London Conference which was attended by more than 50 government delegations and the Istanbul Conference. Both conferences produced similar communique highlighting that Somalia and Somaliland should engage in a constructive dialogue on their future relations. Continuous follow-up conferences were held, the first in the UK; then in the UAE, Turkey, and Djibouti.

Negotiated settlements are achieved in several ways: through a third-party facilitation process where the negotiating parties talk face to face on their own, through the mediation process, through the arbitration process, or the ruling of the International Court of Justice. Somalia and Somaliland chose facilitated face to face negotiations in which the Somalis can talk among themselves. The two sides saw it necessary to use the services of international technocrats and negotiation experts. As stated in article 5 (clause 4) of the London Conference communique, “Called on the international community to continue to facilitate the talks, including providing the two sides with external experts on legal, economic and security matter.”

If the political leaders of both sides could not come up with a viable solution, they should not render the situation worse than they found it.

The dialogue between Somalia and Somaliland; one side demands complete independence while the other is steadfast on the union. Although considerable positive development was realized by merely starting these negotiations and the resulting agreement points, there remain critical obstacles to mature negotiations. Obstacles that still need proper addressing which is important for Somaliland side are:

Obstacles from the Somalia side are:

the interim draft constitution of Somalia dictates that the unity and territorial integrity of Somalia are untouchable. “The independence and unity of the Federal Republic of Somalia are inviolable.”

I believe that dialogue is the best way forward. A Somali proverb says, “If one disputes the ownership of your clothes, there is no other way but to defend it in front of jurists.” Therefore, if negotiations are not given a chance, the road to violence and war is inevitable. Whoever itches for war is up to them, but I believe that to break with the current impasse, healthy and honest negotiations in which both parties should field truly mandated representants is inevitable.

Somaliland side should focus independence as their main goal and the Somalia side should fairly focus on unity as their main goal, but both sides must respect each other’s stance in order not to backpedal into the current impasse and give a chance to a brighter future. Also, a clear plan for successful détente and cooperation on all possible fronts must be put in place during the dialogue process. Implementation of the previous agreements is also critical; more international facilitation and witnessing observers for future negotiations and agreements are also important. Possible points that could generate mutual agreement include:

These are not my political stance but possible solution points that may come up on the negotiation table, so I, therefore, represent my opinion with those who agree with me.

By: Hersi Ali Haji Hasan of the Waddani Party, Somaliland

When closed borders become a problem for economic growth