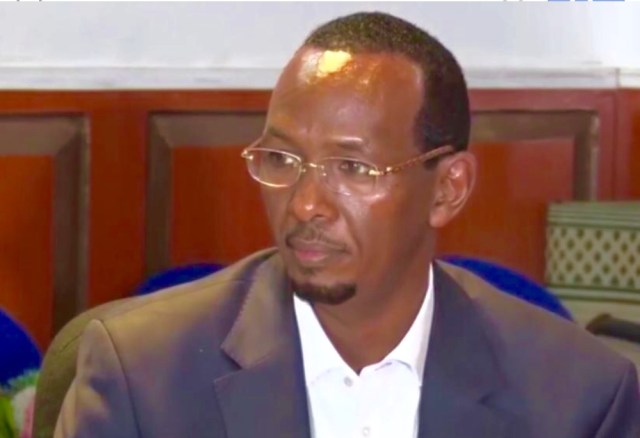 Somalis, both at home and abroad, were optimistic when Mohamed Abdullahi Farmajo was elected Somalia’s president in February 2017. Diplomats and the development community shared this optimism, believing Farmajo to be honest, energetic, and reformist. Forty months’ of Farmajo’s rule shows that initial optimism to be misplaced if not naïve. Today, Somalia is in a far worse state than it was before he took the helm. Security is dire; the economy has collapsed; federal states are alienated; and foreign policy is unfocused. Additionally, national institutions have been paralyzed while the coronavirus is slowly ravaging the population. At this point, Mogadishu is in lockdown more because of growing terror threats than public health.

It did not have to get so bad. Somalia’s woes largely stem from the unholy alliance which Farmajo made with Qatar, and the malign influence the Gulf state exerts on almost every facet of Somali politics and diplomacy. Somali people now talk about how Qatar’s desire to wage a proxy war against other regional powers shapes Somali foreign policy. As most states emerge from conflict and failure, they seek to establish broad-based relations. At Qatar’s behest, Farmajo, however, has downgraded its deep, strategic, and historic relationship with other Gulf states and Egypt. This move made Somalia even more dependent on Qatar which, ironically, then failed to fulfill the projects it promised for Somalia.

An even greater tragedy for the Somali people is how Qatari influence and Farmajo’s over-reliance on Doha reversed years of security progress. It was at Qatar’s suggestion that Farmajo appointed his Svengali, Fahad Yassin, to head Somalia’s National Intelligence and Security Agency (NISA) even though Yassin, a former Al Jazeera journalist, had no security or intelligence background. Under Qatari tutelage, Yassin dismantled key pillars of the agency, systematically and methodically replaced professional and experienced operatives with amateur sycophants and effectively served as a clearinghouse for Qatari intelligence operations in the Horn of Africa. NISA operations no longer focus on the battle against Al-Shabaab, and instead are geared to silence political opposition and critical voices in civil society.

Faramjo has eroded the ability of the Somali Armed Forces, which prior to 2017 had made strides to becoming a competent, broad-based, and professional force, to fulfill their legally sanctioned role to defend the Somali people and the state and be a bulwark against the machinations and murderous violence of Al-Shabab and similar radical groups. Instead, they now serve as a paramilitary force and an extension of Yassin’s NISA, and are often used to harass and intimidate political rivals and perceived enemies in the supposedly uncooperative federal member states. Indeed, several terrorist incidents and the recent increased campaign of assassinations that resulted in the killing of two regional governors- Mudug and Nugal in the Puntland region of Somalia appear to have Qatari fingerprints on them. According to the New York Times, an audio leak of a 2019 phone call from the Qatari ambassador in Somalia appears to confirm his direct involvement in a suicide attack that took place in the port city of Bossaso. At best, NISA is incompetent in preventing such actions; at worst, Yassin may have made some individuals complicit.

Qatari meddling in internal Somali politics is equally reprehensible and could undermine Somalia’s future as a functional and viable state.  With Qatari support, Farmajo has sought to reverse the federalism which is at the center of Somalia’s post-civil war political order.  It has provided financial and logistical resources to impose Farmajo loyalists on reluctant member states. So far the campaign has been successful in the South West State and Galmudug. Farmajo was less successful so far in undermining regional governments in Puntland and Jubba Land. Farmajo and Qatar have also worked to undermine political checks-and-balances in Mogadishu. They have marginalized the senate, and Qatari money channeled through Yasin has corrupted parliament. After the Qatari-financed and the violent ouster of Parliamentary Speaker Mohamed Sheikh Osman “Jawari,” the chamber has become little more than a rubber stamp. Together, these efforts to reassert dictatorial control has galvanized violent opposition and augmented al-Shabab recruitment as Farmajo and Yassin shred trust in nascent structures and compacts. Particularly odious has been the Qatar-financed campaign to destabilize and destroy Somaliland, perhaps the most peaceful and functioning of Somalia’s regions. Previous administrations, regardless of differences with the Somaliland government, considered stability and peaceful coexistence as sacrosanct. For many Somali and non-Somali observers, Somaliland has been both a haven for victims of violence elsewhere in Somalia and a mode for what Somalia might become.

As Farmajo’s term ends, he recognizes that he has become toxic. One-time allies, including Prime Minister Hassan Ali Khaire, are reportedly deserting, while his opponents are galvanized to unseat him. Alas, the desperation to avoid a humiliating defeat may lead to rigging elections due to be held this year or even unconstitutionally extending his term as part of an “emergency” of his own making.

Somalia is a great land that has experienced an unspeakable tragedy. Cold War-era dictatorship under Siad Barre eroded Somalia’s core stability and led to Somalia’s ultimate collapse. Somali people are historically moderate and want better. Unfortunately, Farmajo seeks to become a new Siad Barre. Somalis will never allow it but Qatar’s money and influence have made the possibility sound both alluring and possible. Historically, Somalis are quite moderate. Qatar, meanwhile, for ideological reasons seeks to promote extremism within Somali society. While Qatari resources might have enabled Somalia to rebuild and again become a regional hub for trade and engine for stability, the Qatari government has decided to do the opposite. Its leaders’ vanity could condemn the Horn of Africa to chaos for generations to come.

His Real Source of Income Was Nobody’s Guess.

Of course, it is not enough to blame Qatar alone. Somali political groups must bury their differences and rivalries, and cooperate to thwart Farmajo’s malign ambitions. Somalia, in its current state, cannot survive a second term of a bitter, incompetent, and vengeful Farmajo-led regime. Such an administration flush with Qatari largesse would undermine national sovereignty, subjugate our people and relegate a once-proud nation into the status of a client state presided over by a self-serving puppet. Let all Somalis and peace-loving peoples pray for Somalia to find new leadership that puts Somalia, its people, and its recovery first.

Abdullahi Mohamed Ali is a former director of Somalia’s National Intelligence and Security Agency and former Ambassador to Turkey and the United Kingdom.

Disclaimer: The opinions expressed in this publication are of those of the author and do not necessarily reflect the editorial policy of Warsan magazine