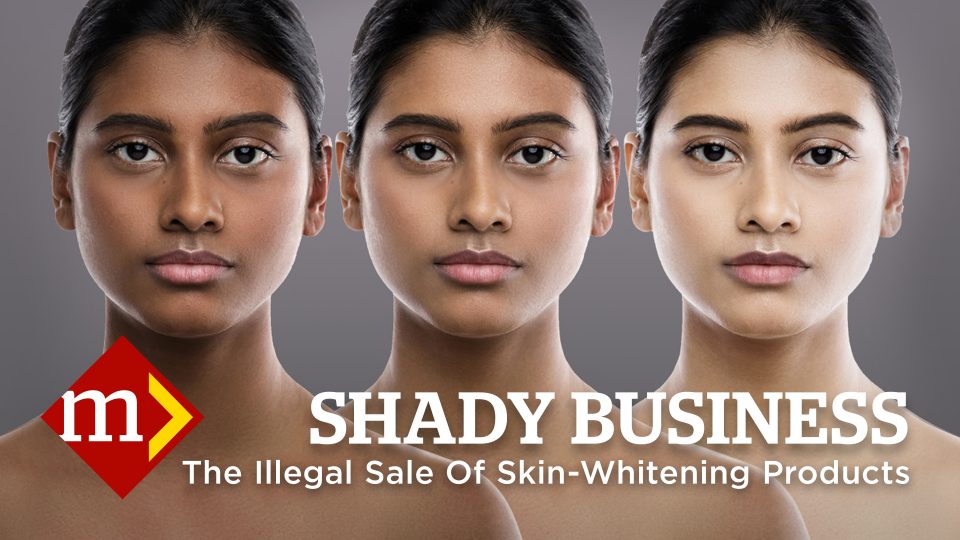 Skin-whitening creams identified as containing potentially dangerous levels of mercury continue to be sold online more than seven months after a watchdog group raised the alarm, including on platforms run by eBay, Amazon.com and Alibaba, a Reuters review of the sites shows.

“Fair & Lovely” brand of skin lightening products are seen on the shelf of a consumer store in New Delhi, India, June 25, 2020. REUTERS/Anushree Fadnavis

The findings come at a time when skin lightening, a multi-billion dollar industry especially popular in Asia, Africa and the Caribbean, is under renewed criticism for promoting light skin as a beauty ideal. Many countries ban or restrict mercury in creams, which can damage the kidneys, brain and nervous system. An international ban on manufacturing products with mercury in them comes into effect at end-2020.

The Zero Mercury Working Group (ZMWG), an international coalition of non-governmental organizations, issued a report last November that found unacceptable levels of mercury in 95 skin-lightening creams out of 158 samples tested.

The tests looked for concentrations of mercury above 1 part per million, the level set in a 2017 global treaty, and found levels ranging from 1.9 to 131,000 ppm.

Reuters didn’t independently confirm the levels of mercury found in the brands cited by ZMWG.

The samples were sold under more than 20 brand names, mostly by smaller manufacturers in developing countries that had been flagged by governments or in previous testing.

Major global brands from the likes of Unilever, L’Oreal and Procter & Gamble were not flagged and were not included.

ZMWG bought more than two-thirds of the creams online, including on Flipkart, majority-owned by Walmart; South Africa’s Bidorbuy; Nigeria’s Jumia; and Lazada and Daraz, which are both part of the Alibaba Group and operate in Southeast and South Asia, respectively, as well as on Amazon and eBay, the coalition said. One month after its report came out, ZMWG said that eBay, Lazada and Daraz had pledged to remove its high-mercury product listings but had not done so, while Amazon removed products from its U.S. and EU platforms, but not in India. Reuters checks in late June showed at least 19 listings of the products on different country sites run by all seven e-commerce platforms, however.

After Reuters raised the issue, the platforms scrapped most of the specific listings or promised to do so. But as of July 10, brands cited by ZMWG continued to pop up, including on Daraz, Amazon, and eBay.

Goree Cosmetics in Pakistan and Bangkok-based Smilephan, two companies whose name brand products were available on several sites and showed high mercury levels, told Reuters they do not use mercury and warned about counterfeits. Smilephan shared with Reuters an ingredient list, test reports from 2019 and 2011 showing no mercury in samples, and copies of certifications it said attest to regular audits. “We strongly believe those are not our original products,” said Songkiat Kulwuthivilas, Smilephan’s assistant managing director. The company no longer sells its Pop Popular brand in Africa because of the excess of counterfeits, he said.

EBay said it would sweep its sites to remove listings and update surveillance filters imposed in December that had already blocked 250 listings. “We comply with local restrictions and also we have a long history of partnering with rights owners, industry groups and law enforcement,” eBay spokeswoman Ashley Settle said. Daraz told Reuters it would to take “necessary action” if the listings were found to violate its policies or harm customers. An Amazon spokeswoman in India said the company was investigating, but that on its ‘marketplace,’ responsibility rests solely with the seller.

A California judge in 2019 ruled that Amazon was immune from liability for third-party sellers in a case involving warnings about mercury in skin-lightening creams. “Most people buying on Amazon have no idea that Amazon isn’t anything like walking down to your grocery store,” said food safety lawyer Bill Marler.

Reporting by Martinne Geller in London; Additional reporting by Siddharth Cavale in Bengaluru, Alexis Akwagyiram in Lagos, Ayenat Mersie in Nairobi and Promit Mukherjee in Johannesburg; Editing by Sonya Hepinstall