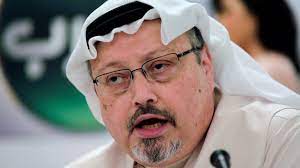 Paris (CNN)A Saudi man accused of being a member of the hit squad that murdered journalist Jamal Khashoggi has been detained in Paris while boarding a flight to Riyadh, French media reported Tuesday.

A 33-year-old man was detained before his flight at 9:30 a.m. local time, and was traveling under a real passport, a spokesperson for the French National Police told CNN. He was placed in judicial detention, the spokesperson added.
The suspect was identified as Khaled Aedh Al-Otaibi, radio station RTL reported, citing French police and judicial sources. French police would not confirm the man’s identity to CNN.
Khashoggi, a Saudi journalist and a Washington Post columnist, was critical of Saudi Arabia and Crown Prince Mohammed bin Salman’s policies. He was killed and allegedly dismembered on October 2, 2018, in the Saudi consulate in Istanbul by men with close ties to the highest levels of the Saudi government and bin Salman.
Al-Otaibi was one of 16 individuals banned from the United States by the State Department in April 2019 for “their roles in the murder of Jamal Khashoggi.”
Likewise, the British government placed Al-Otaibi under sanctions in July 2020. The UK government said “he was involved in the unlawful killing of Jamal Khashoggi in Istanbul … as part of the 15 man team sent to Turkey by Saudi authorities. He was involved in the concealment of evidence at the Saudi General Consul’s residence following the killing.”
There has been no official reaction from the Turkish authorities regarding the detention of the Saudi national by French police.
previous post

South Portland city of Maine got a Somali mayor