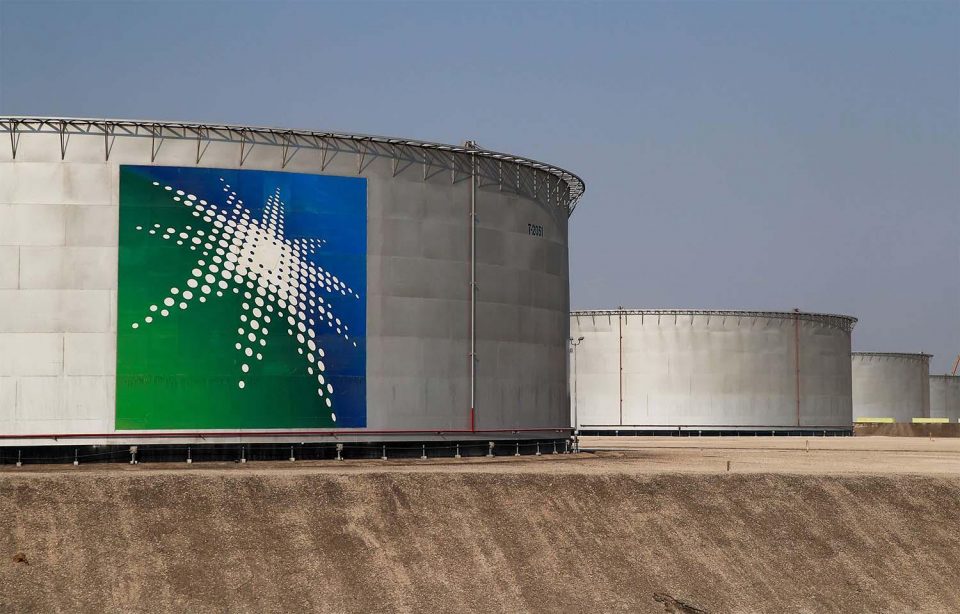 Oil revenues in the first three months of the year posted a 24% annual decline
Oil-rich kingdom slips into $9 billion budget deficit in first quarter as oil revenues collapse.
Wednesday 29/04/2020
Saudi Arabia’s central bank foreign reserves fell in March at their fastest rate in at least 20 years and to their lowest since 2011, while the kingdom slipped into a $9 billion budget deficit in the first quarter as oil revenues collapsed.

At the same time, measures to contain the spread of the new coronavirus are likely to curb the pace and the scale of sweeping economic reforms launched by Crown Price Mohammed bin Salman.

The Saudi Arabian Monetary Authority said on Tuesday its net foreign assets, which include securities such as US Treasuries and foreign deposits, fell in March to $464 billion, their lowest since 2011.

The nearly $27 billion decline – the biggest monthly drawdown in at least 20 years – signals the kingdom’s urgent need to tap into its vast reserves to offset the economic damage following lower oil prices and a severe coronavirus-driven slowdown of entire sectors of its non-oil economy.

Finance Minister Mohammed al-Jadaan said last week the kingdom would not draw down more than $32 billion from its reserves this year and would instead increase its borrowing to nearly $60 billion to contain a widening deficit.

Oil revenues in the first three months of the year posted a 24% annual decline to $34 billion and pushed total revenues down 22% year on year, the ministry said.

Saudi Arabia, which had registered more than 20,000 coronavirus cases as of Tuesday with 152 deaths, had projected a deficit of $50 billion this year, or 6.4% of gross domestic product (GDP), widening from around $35 billion last year.

But that was before the coronavirus and the plunge in oil prices. Jadaan has said the deficit could widen to up to 9% of GDP this year, but some analysts have predicted a deficit of 22% with oil prices at $30 a barrel.

International oil prices have shed around two thirds of their value since the start of this year and are trading around $21.

“If Finance Minister al-Jadaan’s plans are for merely $32 billion of reserves drawdown then, following a $27 billion reduction in March alone, that means almost all the remainder will be covered by new sovereign debt issuance, assuming there are no further privatisations, because of market conditions,” Hasnain Malik, head of equity strategy at Tellimer, said.

The Organization of the Petroleum Exporting Countries and other large oil producers, including Russia, have agreed to cut output by almost 10 million barrels per day (bpd), or 10% of global oil production, in May-June, in an attempt to balance the market.

While the size of the output cuts is unprecedented, demand has fallen even more and storage for all unused oil is filling fast as global measures to combat the pandemic have brought many economies to a virtual standstill.

Jadaan said last week he expects the pandemic to cause a slump in activity in the non-oil private sector too this year and that the government could launch measures to prop up its economy on top of $32 billion in emergency stimulus measures announced last month.

Non-oil revenues in the first quarter fell 17% when compared to the same period one year earlier, with revenues from taxes on goods and services plunging, in a sign of overall economic slowdown in the kingdom.

Saudi Arabia has already cut its 2020 budget by nearly 5% and further spending curbs are likely.

In Q1, however, capex spending declined only 4%, the finance ministry said.

Riyadh last month raised its debt ceiling to 50% of GDP from 30%. It has already borrowed $12 billion in international bonds this year.