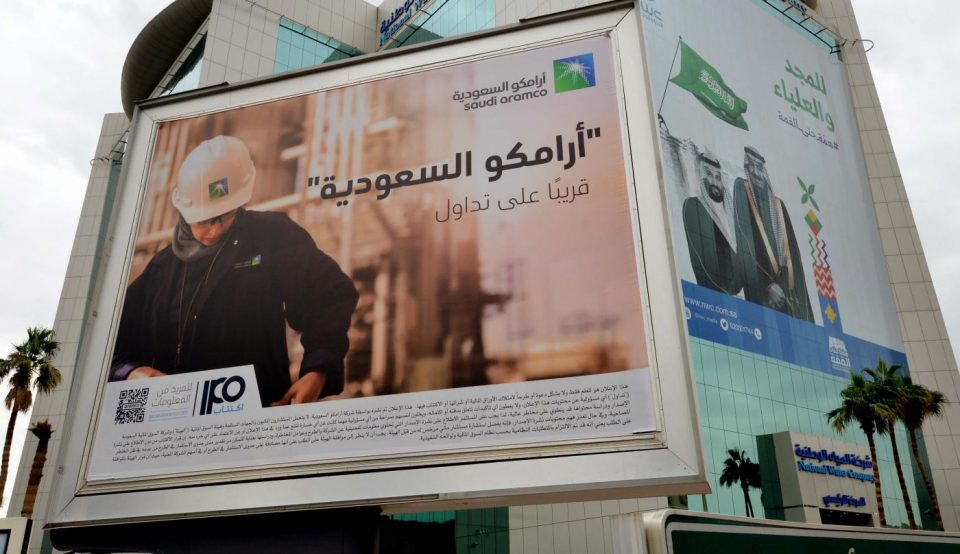 State-owned oil giant Saudi Aramco priced its initial public offering (IPO) at $25.6bn on Thursday, which would value it as the world’s biggest public listing.

The flotation by Aramco is larger than that of Chinese online retail company Alibaba, which set its IPO at $25bn in 2014.

The company said it plans to sell three billion shares at $8.53 (32 riyals) each. That price point values the oil giant at $1.7 trillion. While it falls short of Saudi Crown Prince Mohammed bin Salman’s hopes for a $2 trillion valuation, as it stands Aramco will be considered the world’s most valuable company.

The IPO may increase if the company decides to sell an additional quantity of shares, to $29.4 billion, according to Reuters.

Riyadh had relied on investment from domestic and regional investors, as well as members of the Saudi royal family, to buy into the 1.5 percent stake that the company put up for sale in the IPO.

Citizens of the kingdom were offered a third of the public offering, according to Reuters.

The public offering has been a slow process that has taken years and was postponed in the past, as economists voiced concerns over a lack of transparency in the kingdom.

Another problem that the company has faced is an attack on Aramco’s oil plants in September.

The attack, which caused a $2bn loss in oil output, exposed the company’s vulnerability.

Another concern of nvestors is that an increase in oil production in the US, Canada and Brazil may lead to less demand and negatively impact Aramco’s profitability in the near future.

In the long term, some investors are worried that the role played by fossil fuels in climate change may also hurt demand for Riyadh’s vast oil and natural gas reserves.

The International Energy Agency has forecast that world oil demand will decrease in the 2030s amid a rise in increasingly fuel-efficient cars, including electric cars, and increased use of renewable energy