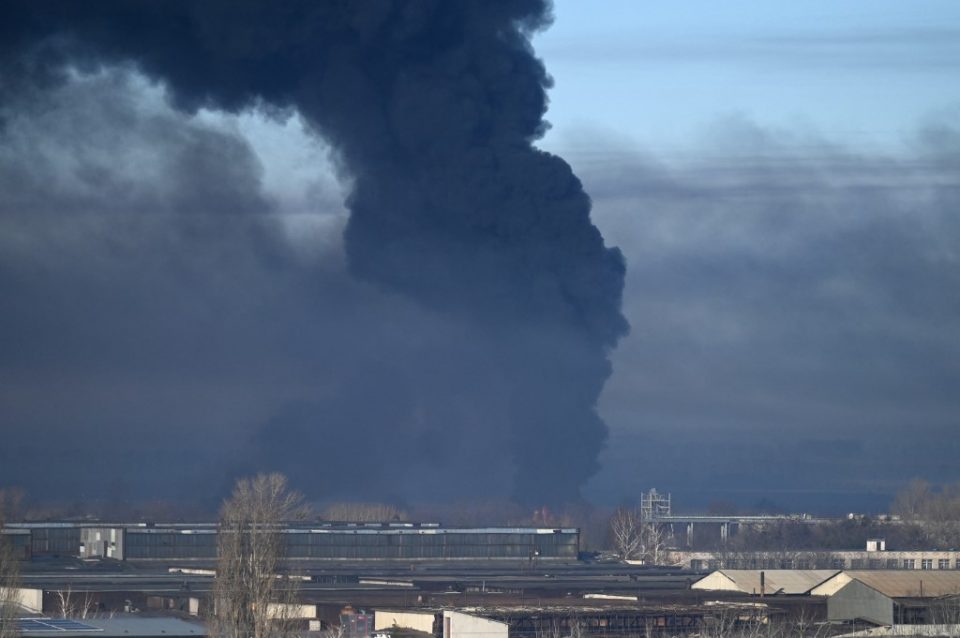 US Defense Secretary Lloyd Austin tells lawmakers on a phone call that Russian mechanized forces that entered from Belarus were about 20 miles from Kyiv, according to a person familiar with the call.

Meanwhile, US Secretary of State Antony Blinken said Kyiv “could well be under siege” in what US officials believe is a brazen attempt by Russian President Vladimir Putin to dismantle the government and replace it with his own regime.

Blinken says in television interviews that he was convinced that Russia was intent on overthrowing the Ukrainian government, telling CBS that Putin wants to “reconstitute the Soviet empire.”