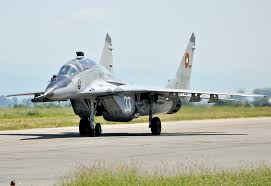 Russian jets delivered to Libya in May are being actively used in the North African country, US Africa Command (AFRICOM) said on Thursday, Reuters reports.

At least 14 MiG-29s and several Su-24s were flown to Libya via Syria, where their Russian markings had been painted over, AFRICOM said in May.

AFRICOM said in a statement on Thursday it had photographic evidence of a Russian aircraft taking off from Jufra in central Libya, and that a MiG-29 was photographed operating in the vicinity of the city of Sirte.

The Russian defence ministry did not immediately reply to a request for comment.

Sirte and Jufra are on the dividing line between areas in western Libya controlled by groups loyal to the internationally recognised Government of National Accord (GNA) and eastern areas controlled by Khalifa Haftar’s Libyan National Army (LNA).

The LNA has retreated eastwards in recent weeks after a 14-month offensive on the capital, Tripoli, though it is holding the line around Sirte and still controls Jufra air base.

The Russian aircraft were being used to support private military companies (PMCs) sponsored by the Russian government, AFRICOM said.

“There is concern these Russian aircraft are being flown by inexperienced, non-state PMC mercenaries who will not adhere to international law; namely, they are not bound by the traditional laws of armed conflict,” said Bradford Gering, AFRICOM’s director of operations.

“Russia continues to push for a strategic foothold on NATO’s southern flank and this is at the expense of innocent Libyan lives,” he said.

Libya’s conflict has seen growing involvement by foreign powers that have poured weapons into the country in violation of a UN arms embargo.

Russia, the United Arab Emirates and Egypt have backed the LNA, while GNA forces are supported by Turkey