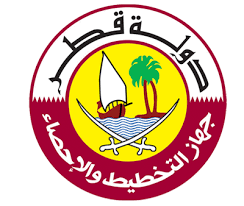 *The country also witnessed a 0.83% decline in inflation on monthly basis, shows figures released by the Planning and Statistics Authority