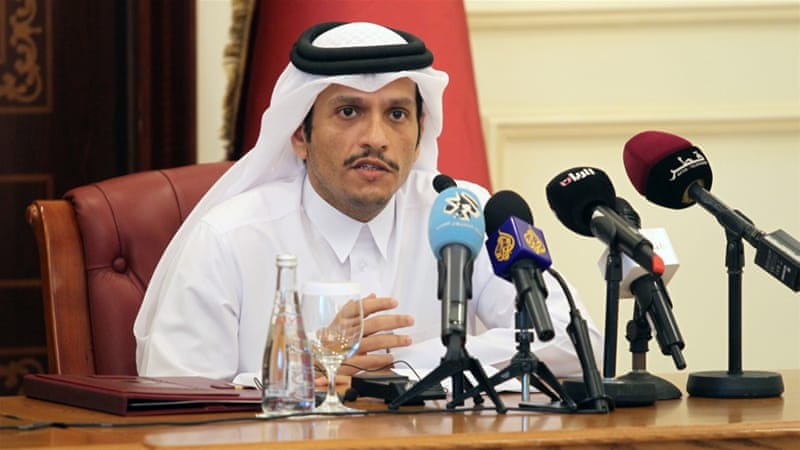 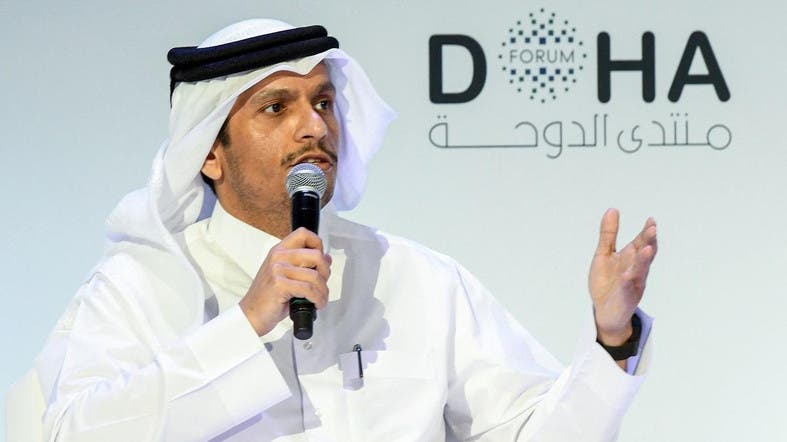 Qatari FM speaks during the opening session of the Doha Forum in the Qatari capital on December 14, 2019. (AFP)
Reuters, Doha Saturday, 14 December 2019

Qatar’s foreign minister said on Saturday there has been small progress to resolve a two and a half year dispute between the Gulf state and its neighbors.

Asked whether there was progress at the Gulf Cooperation Council summit held last week, Sheikh Mohammed bin Abdulrahman al-Thani told Reuters that there has been “small progress, just a little progress.”

Saudi Arabia, the United Arab Emirates, Bahrain and Egypt cut diplomatic and trade links with Qatar in June 2017, accusing it of backing terrorism.

Last Tuesday and during the opening speech of the 40th Gulf Cooperation Council (GCC) Summit held in Riyadh, Saudi Arabia’s King Salman bin Abdulaziz stressed that the Gulf countries must unite against the Iranian regime’s aggression in the region.