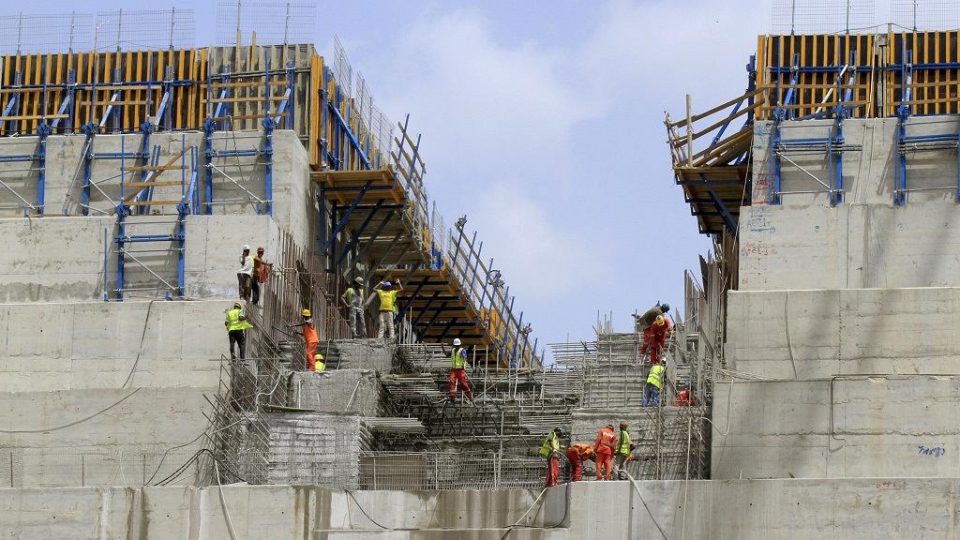 Ethiopia says it has made significant progress in the construction of its flagship Grand Ethiopian Renaissance Dam (GERD) project, even as negotiations to resolve a dispute over filling the dam’s reservoir continue.

The $4 billion Grand Ethiopian Renaissance Dam (GERD) was announced in 2011 and is designed to be the centerpiece of Ethiopia’s bid to become Africa’s biggest power exporter, generating more than 6,000 megawatts.

Ethiopian lawmakers visited the construction site of the dam where they were told that 70% of the works on the project has been completed.

The general manager of the project, Engineer Kifle Horo, said the two turbines that are projected to generate 750MW of electricity by the beginning of 2021 are progressing well. The dam project is scheduled to be fully completed in 2023.

Sudan’s irrigation minister on Sunday said his country, Egypt and Ethiopia have come closer to aligning their views on filling the reservoir of and operating the giant hydroelectric dam.

Egypt is worried the Grand Ethiopian Renaissance Dam (GERD), under construction near Ethiopia’s border with Sudan, will restrict supplies of already scarce Nile waters on which it is almost entirely dependent.

“Proposals were submitted by the three countries regarding filling the reservoir and operating the dam and a convergence (of views) occurred,” Sudanese Irrigation and Water Resources Minister Yasser Abbas told reporters after he met his Egyptian and Ethiopian counterparts in Khartoum.

In November, the foreign ministers of Egypt, Ethiopia and Sudan agreed to work towards resolving their dispute over the dam by Jan. 15, 2020, after meeting U.S. Treasury Secretary Steven Mnuchin and World Bank President David Malpass in Washington.

They met in Washington again this month and are due for a third meeting on Jan. 13, where they will try to finalise an agreement to resolve the dispute.

The U.S. administration invited the three sides for talks after Egypt called for an external mediator on the issue, saying three-way talks had been exhausted. Addis Ababa had previously rejected the idea, accusing Egypt of trying to sidestep the process.

The three countries’ irrigation ministers will have further discussions at a meeting in the Ethiopian capital on Jan. 9-10, the Egyptian irrigation ministry said in a statement after Sunday’s meeting.

On Sunday, they also agreed to come up with a definition of droughts and how the dam would operate during droughts, Sudan’s Abbas said.

“There is a convergence (of views) in general, and there are differences of views in some circumstances. Sudan proposed a specified time for filling the reservoir and added definitions for drought and continuous drought,” Abbas said.

Egypt’s irrigation ministry said it was seeking to reach agreement on filling and operating the dam that “achieves the interests of the three countries … in a manner that preserves the sustainability of the river and the mutual benefit”.