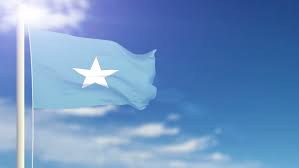 The law allows every eligible citizen to directly vote for their leaders, as opposed to the system where clan elders selected delegates to vote for leaders.

“You, the people of Somalia, can see that the bill had been endorsed by both the Peoples’ Hall and by the Upper House, and I have signed it in this ceremony. It returns the power to you so you can vote for the (political) party you choose and for the person you want,” Farmaajo said.

The president signed the bill into law during the closing ceremony of the 6th assembly of Somalia’s 10th Parliament, allowing the legislators to take a two-month break.

The gathering that started on Thursday evening went on beyond midnight at the Villa Somalia, the official residence of the Somali President in Mogadishu.

The new law is expected to advance the democratic process of the Horn of Africa country, which seeks to hold the first all-participating elections in five decades.

Somalia has held four presidential elections since 2007. But they were mostly done through a type of college system where clan elders nominated delegates who in turn elected MPs. The MPs then voted in the President.

This year, Somalia and its partners plan to involve every eligible citizen to take part, although it is unclear for now whether it will be universal suffrage given the security situation in the country.

The bill had earlier been approved by the Peoples’ House (the lower chamber of Parliament) on December 28 last year and by the Upper House (Senate) on February 2 this year.

If implemented, Somalia could either hold polls this year or early 2021, offering citizens a chance to elect MPs and senators for the first time in 50 years.

The last multiparty general election was held in Somalia on March 26, 1969 before a military junta of Siad Barre took over power on October 21 the same year.