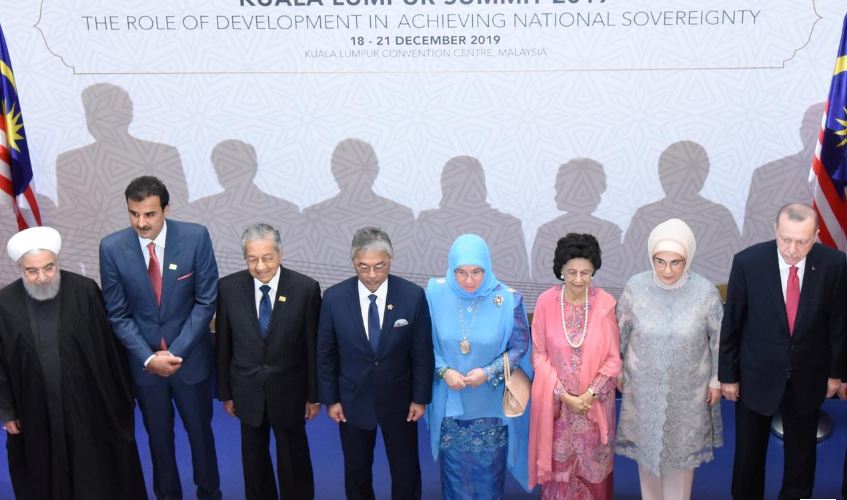 At the end of the Kuala Lumpur Summit 2019 in the Malaysian capital on Saturday, Mahathir praised Iran and Qatar for being independent and capable of standing on their own feet despite economic sanctions and embargoes.

He also said such sanctions and embargoes are not affecting only Iran and Qatar, and, therefore, it is important for the Muslim world to be self-reliant in order to face future threats.

“With the world witnessing nations making unilateral decisions to impose such punitive measures, Malaysia and other nations must always bear in mind that it can be imposed on any of us,” Mahathir said.

“I have suggested that we re-visit the idea of trading using the gold dinar and barter trade among us,” he said.

“We are seriously looking into this and we hope that we will be able to find a mechanism to put it into effect.”

The prime minster said he had proposed an alternative to the US dollar for trade a long time ago, but added, the efforts to that end have been hampered by world powers.

Earlier, Iran’s President Hassan Rouhani had proposed the use of cryptocurrency among Muslim nations as an alternative to the US dollar.

His proposal for an alternative currency is not the first as, in 2002, Malaysia had pressed for the use of the gold dinar for trade among Muslim nations.

The event, which was snubbed by Saudi Arabia, was criticized for undermining the Organization of Islamic Cooperation (OIC), which represents 57 Muslim-majority nations and organizations.

Malaysia said all the OIC members had been invited to the Kuala Lumpur summit but only about 20 showed up.

Some 450 delegates comprising leaders, intellectuals, politicians and non-governmental organizations from 56 countries have attended the four-day summit.

By the final day of the summit, no joint statement had been released.

“The idea was to come together – assess our strengths and weaknesses as well as our assets. Then, we will use the strengths of one another to overcome the weaknesses we have,” Mahathir said in his speech at the closing ceremony of the summit.

“Simply put, if one of us has expertise in a particular area, we offer it to another or all the other participating countries and establish a realistic collaboration.”

Mahathir reiterated that the summit was mainly focused on its objectives of finding solutions and programs to assist Muslims.

“That is what we hope to do. We want to save ourselves and the Muslim ummah and we will persevere in this effort. We hope from this point onwards, our other Muslim brethren will see for themselves that what we intend to do is to unite the ummah on strategic and advanced technologies,” he said.