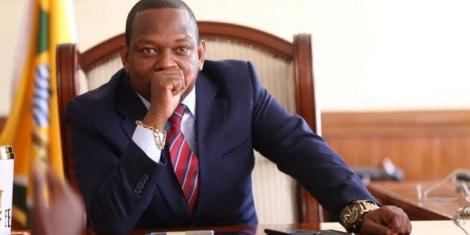 Nairobi County Assembly members have tabled an impeachment motion against Governor Mike Sonko (Pictured) on Thursday. Sonko is accused of abuse of office, irregular tender awards among other issues. The impeachment motion was tabled by Makongeni Member of County Assembly Peter Imwatok who accused Sonko of violating the constitution and incompetence.

This comes after Sonko hosted 53 MCAs for “lunch” at his Upper Hill office in Nairobi Wednesday seen as part of his efforts to frustrate his planned impeachment. Initial reports indicate that some 89 MCAs had signed a petition to oust him. The embattled governor is facing corruption charges and has been barred, by the court, from accessing City Hall. The Standard established that Sonko hosted the MCAs from both sides of the political divide during which he sought to convince them to drop their bid to remove him.

“He was trying to make sure the assembly had no quorum for the notice of motion of impeachment to be introduced. We were only allowed to leave after House business had begun and after he confirmed no motion had been tabled against him,” said the source.