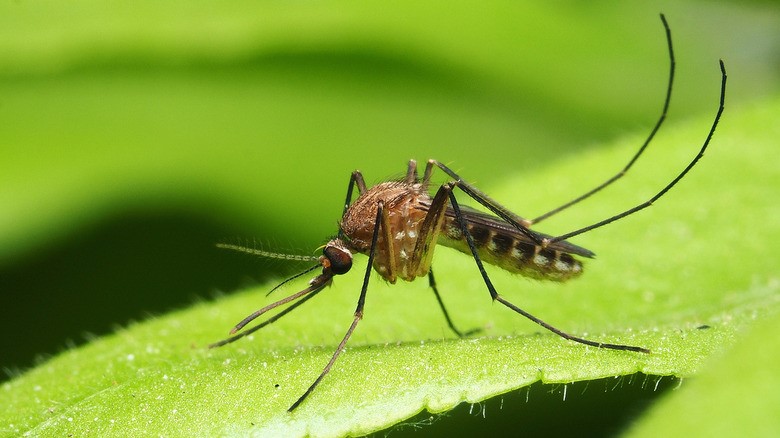 This urban legend makes sense when you think about it. After all, if you can contract HIV from sharing needles, why wouldn’t you be able to catch it from nature’s version of those annoying little passed-around needles, mosquitoes? They can spread malaria from person to person, so why would HIV be any different?

Thankfully, biology saves us on this one. Scientific American says it all has to do with what goes on inside a mosquito’s tummy. When someone with HIV shares a needle, the blood that stayed on the needle goes into the next body and the virus attacks the new human’s T cells where it starts to replicate, giving them the virus, too. But when blood goes into a mosquito, it stays in its stomach where there are no T cells for it to use; it dies off. When it gets to the next human, there’s simply no disease left to pass on.

Meanwhile, malaria is able to survive in a mosquito and will go to the bug’s salivary glands. Mosquitoes inject saliva when they bite you, so they’re able to pass that deadly disease from human to human, mostly in warm climates. So it’s still probably best to wear bug spray and swat as many of the darn things as you can.