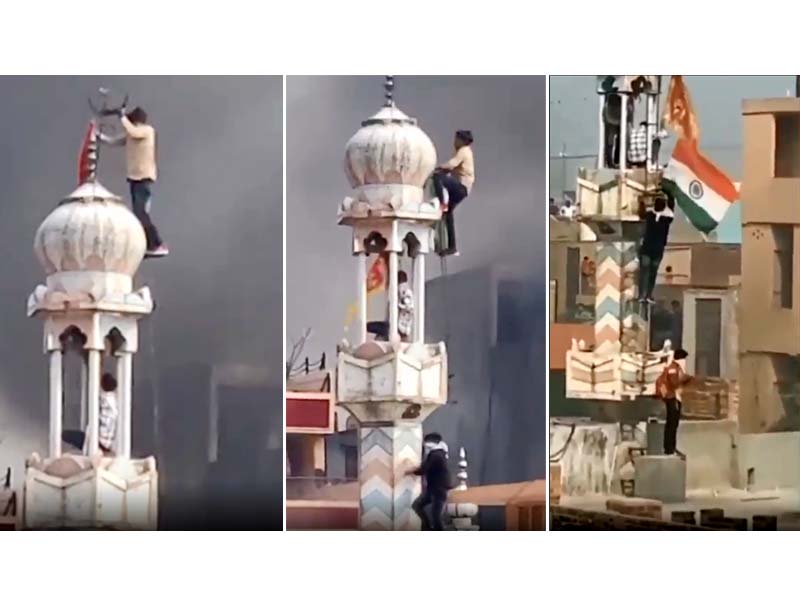 A mosque has been set on fire in the Indian capital New Delhi as violent protests continue across the city with the death toll rising to 13.

Indian website The Wire reported that a mob shouting “Jai Shri Ram”, translated to “hail Lord Ram”, paraded around the burning mosque in the Ashok Nagar area of the capital on Tuesday.

Video footage shared on social media showed a mob climbing to the top of the mosque’s minaret where they attempted to plant a saffron flag.

Local media reported that shops in the area were also being targeted by the mob.

Police imposed a restriction on large gatherings in northeast Delhi as reports emerged of stone-pelting and more structures being set ablaze.

Horrific! Injured people are laying down on the ground and they are forced to sing the national anthem.

Sunil Kumar, medical superintendent of Guru Teg Bahadur Hospital, where the injured were taken to, told Al Jazeera that 13 people have died in the violence, including a policeman who passed away yesterday.

Another official at the hospital, Rajesh Kalra, told AFP news agency that 31 people, including 10 who were seriously hurt, were admitted earlier on Tuesday.

“Since yesterday, we’ve been calling the police to enforce a curfew, to send reinforcements,” Saurabh Sharma, a student from a riot-hit area who took his injured friend to the hospital, told AFP.

Anil Mittal, a senior police officer, said approximately 150 people were injured in the violence that started as US President Donald Trump arrived on a two-day India trip.

“Some of the people brought in had gunshot wounds,” Rajesh Kalra, additional medical superintendent at the Guru Teg Bahadur Hospital, said of Monday’s violence.

Fresh violence has been reported from Muslim populated areas such as Karawal Nagar, Maujpur, Bhajanpura, Vijay Park and Yamuna Vihar, while stones were thrown in neighbourhoods such as Maujpur.

Chief Minister of Delhi Arvind Kejriwal appealed to residents to maintain peace after an urgent meeting of his newly elected legislators in the capital.

Kejriwal told ANI news agency that his party’s legislators from the affected areas said there was a “severe shortage” of police officers.

The violence started a day after the governing Bharatiya Janata Party (BJP) leader Kapil Mishra warned anti-CAA protesters to end their peaceful sit-ins in the northeastern Jafrabad and Maujpur areas of the Indian capital.

On Monday, police used tear gas and smoke grenades but struggled to disperse the stone-throwing crowds.

A tyre market was set on fire later on Monday, the Press Trust of India said. A video posted on social media showed crowds of men also shouting “Jai Shree Ram” as they went on a rampage, according to AFP.

Several vehicles and a fire truck were torched in Jafrabad and Maujpur as police imposed prohibitory orders to prevent further violence. 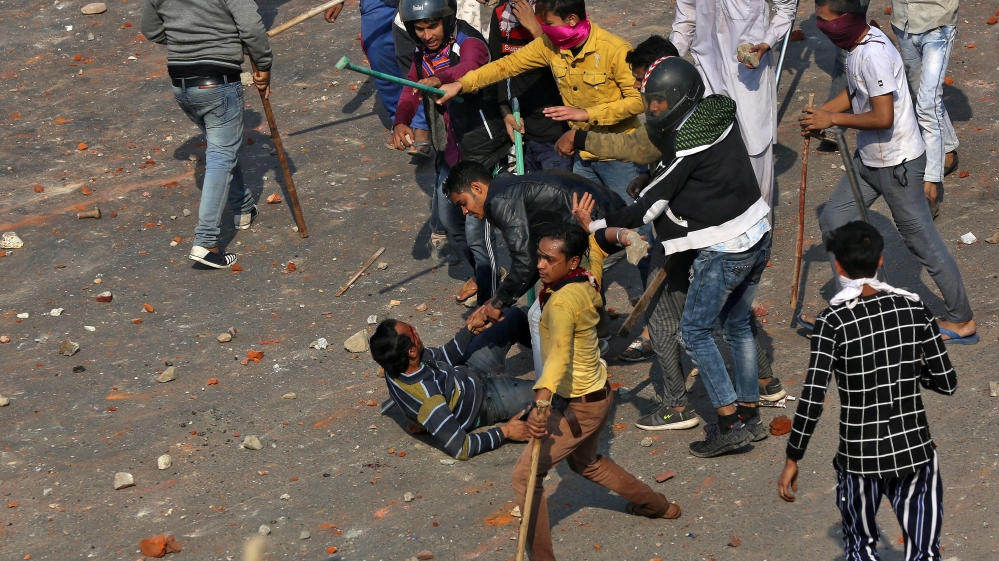 Mittal, the Delhi Police official, said on Tuesday additional police officers had been deployed in the northeast district of Delhi.

One police constable was among those killed in the violence that erupted just ahead of Trump’s maiden visit to the capital city.

Trump and Indian Prime Minister Narendra Modi held talks on Tuesday at a venue located a few miles away from where the clashes occurred.

Tension in parts of the city remained high on Tuesday with schools remaining shut in some areas, amid news reports of fresh clashes. At least five metro stations in the city were closed.

“Two of my colleagues Arvind Gunasekar and Saurabh Shukla were badly beaten by a mob just now in Delhi, they only stopped beating them after realising they are “our people- Hindus”. Absolutely despicable,” a senior journalist Nidhi Razdan wrote on twitter.

Monday’s clashes were among the worst seen in Delhi since the protests against the CAA began in early December.

India’s capital has been a hotbed of protests against the law, which eases the path of non-Muslims from three neighbouring Muslim-majority countries to gain Indian citizenship.

This has led to accusations that Modi and his Hindu nationalist BJP are undermining India’s secular ethos.

The BJP denies any bias against India’s more than 180 million-strong Muslim minority, but objectors have been holding protests and camping out in parts of New Delhi for two months. 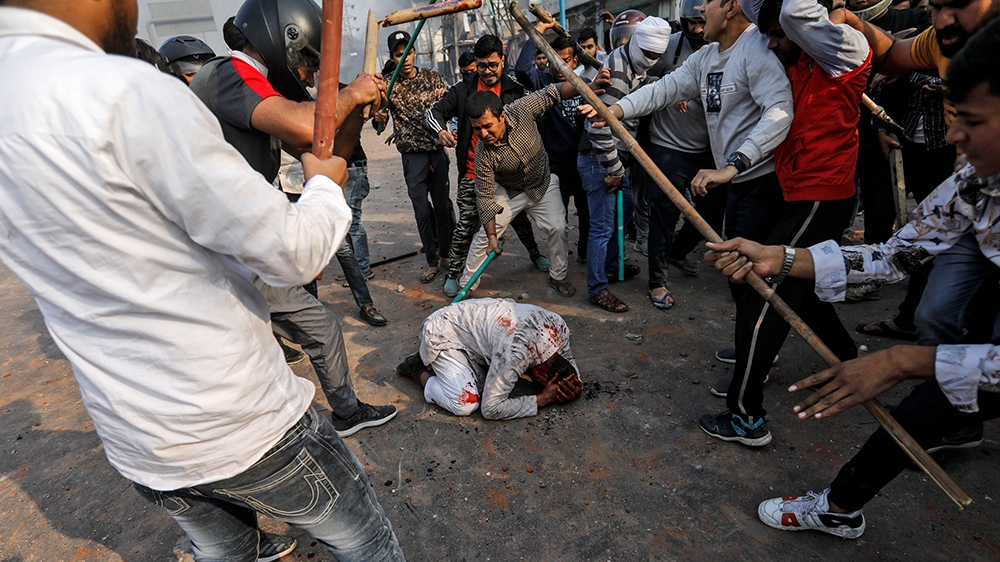