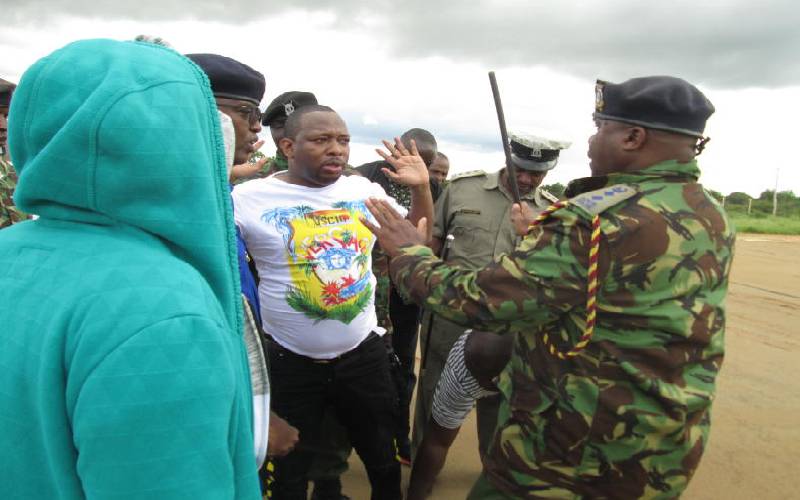 The DPP, during a press conference in Nairobi on Friday morning, said there was sufficient evidence to charge Sonko with the alleged loss of Sh357 millions of county funds. Here is a quick check about the man Nairobi residents made him a governor of Kenya’s Capital City. Education Mike Sonko was born in Mombasa in 1975 where he attended Kikowani Primary School and Kwale High School. He studied Business Administration and Management at Edxcel International College in Mwanza, Tanzania, before venturing into business. Sonko, in previous interviews on TVs and Radios, has periodically said that following on his father’s footsteps he invested real estate and earned commissions from sourcing land buyers.

“My father was a developer and used to sell beach plots at the Coast to European buyers. He made good profits because he bought the plots cheaply,” Sonko was quoted by The Standard in 2010. Sonko ventured into politics in 2010, a move that saw him enroll for a Bachelor’s Degree in Business Administration at the Kenya Methodist University (KEMU) later on.

Having been made a requirement for both MP and senator’s seats, the degree would come in handy as he clinched the Nairobi Senate seat in the 2013 General Election. Sonko’s political career can be summed up as controversial. At the age of 35, Sonko rose to political prominence after he won a hotly contested by-election that saw him become MP for Makadara Constituency. Dress code His term as an MP was not short of drama. In 2011, Sonko was kicked out of Parliament by the Speaker Farah Maalim for dressing ‘inappropriately’ after he entered the chambers wearing ear studs and sunglasses. A section of MPs defended his dressing code on the grounds that it was his personal choice but the Speaker affirmed that Sonko’s dressing did not depict the dignity of the House. Sonko was notorious for breaking standing orders.

While still an MP, Sonko laid bare his ambitions of becoming Nairobi’s first senator. When the contest came, he outsmarted his then fierce competitor Margret Wanjiru of ODM. As a senator, he was hardly seen in bling-bling. Rescue team The controversial moment of his senate tenure was when he formed the Sonko Rescue Team which provided state-like services to Nairobi residents rivaling Governor Kidero’s county government. Kidero was opposed to Sonko’s group which had been registered as a Non-governmental Organisation. In response, a scornful Sonko donated some of his team’s vehicles to the county government.

Early 2016 Sonko announced his desire to govern Nairobi County. Most people ruled out his chances of winning because of his reputation but he surprised many in the 2017 polls when he floored incumbent Evans Kidero to become county chief.

Many had questioned his ability to run the County’s affairs but Nairobi residents decided Sonko was the man to lead them. And yes, the guy who has confessed to fraudulent deals and a prison break was trusted to run Kenya’s Capital City. ‘Prison break’ It was during his tenure as governor when his past was dug into. The Ethics and Anti-Corruption Commission in November 2019 summoned Sonko over his past activities and pending cases.

A few weeks later, local media reported that officials from Shimo la Tewa Maximum Prison moved to court to demand that Sonko serve his remaining sentence and also be charged with escaping from prison. Sonko vehemently denied escaping from prison. But what haunted Sonko the most was the investigation launched by the anti-graft agency into the alleged loss of over Sh300 million county funds. Sonko’s effort to stop the investigations by asking the court to temporarily restrain the commission from prosecuting him were futile as Justice James Makau declined to issue the order. It ended with Sonko being arrested after the DPP ordered his dramatic arrest.