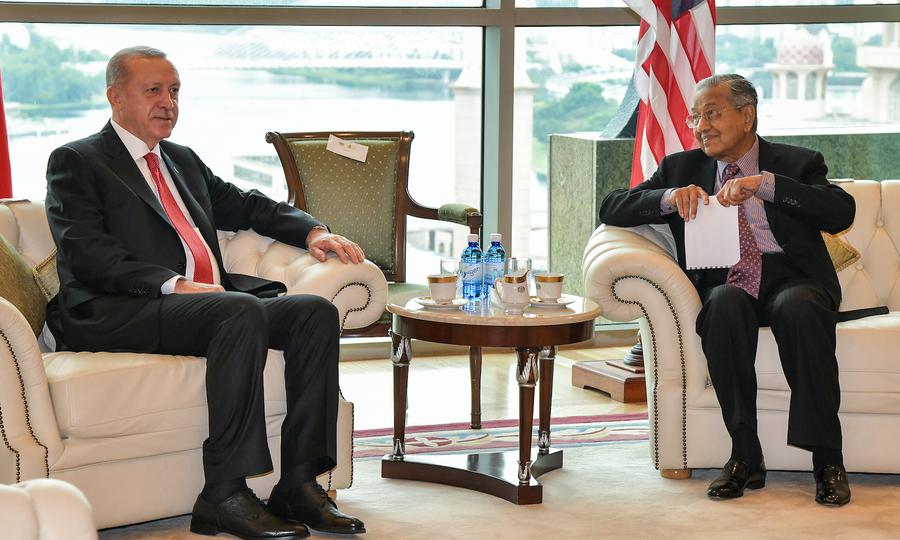 In global politics, diplomacy is considered the art of letting others convince you that what you are doing is not only good for yourself but also for the other stakeholders of the world. That is why the domain of foreign policy is considered a very important part of governance, as it determines the success or failure of a particular regime.

However, in Pakistan, the scenario is entirely different, as the minister for foreign affairs here remains a symbolic post while the actual foreign policy is shaped by the invisible forces influenced by Riyadh and Washington. This has been the case since General Ayub Khan imposed martial law in 1958. No foreign minister or even a prime minister other than Zulfikar Ali Bhutto and Nawaz Sharif was able to assert their authority in shaping foreign policy.

Interestingly, both of those prime ministers were ousted by a military coup, Bhutto was hanged in 1979, Sharif was jailed in 1999 and was sent into exile in Saudi Arabia, and after again assuming power he was thrown out of office by an invisible coup that also brought Imran Khan into power through a rigged political discourse. Khan’s performance despite the backing of the deep state has been disastrous when it comes to governing the country and even his ability to give an impression that he is in charge and shaping foreign policy is exposed badly.

It was not long ago that Khan declared that Malaysian Prime Minister Mahathir Mohamad was his ideal personality and he was impressed by Turkey for its vision. So when Khan met with Mahathir and Recep Tayyip Erdogan, he agreed to their idea of forming a powerful Islamic bloc. Perhaps Khan, as usual, was not aware of the geopolitical developments, as Turkey is gradually emerging as a leader for the Muslim world and the Saudi monarchs along with their Arab allies are feeling insecure about Ankara’s growing influence.

On November 23, Mahathir announced that his country would host an Islamic summit in Kuala Lumpur that would try to find solutions to the ills and woes of the Muslim world and would include 450 leaders, scholars, and thinkers from 52 countries along with President Erdogan, Qatar Emir Sheikh Tamim bin Hamad Al Thani, Indonesian Prime Minister Joko Widodo, and Pakistani Prime Minister Imran Khan. The summit would discuss such problems as the displacement of Muslims worldwide, food security, national/cultural identity, Islamophobia, and the improvement of technology, trade, Internet governance, and security. Khan not only assured Mahathir of his active participation in the summit but also created hype in Pakistan about his participation in the meeting.

While Khan was busy declaring this summit the beginning of a new era, the Saudi monarchs were feeling very uncomfortable as to how a country like Pakistan that always comes with a begging bowl to them and asks for loans and oil on deferred payments could side with Erdogan’s Turkey, their arch-rival Qatar, and Mahathir’s Malaysia. Khan made a last-minute effort to calm the waters, and visited Riyadh on Saturday to meet with Saudi Crown Prince Mohammad bin Salman. However, he was not able to end MBS’s reservations about Pakistan participating in the Kuala Lumpur summit, and it became evident that Khan would not participate in the event after all.

According to insiders, Khan’s visit to Malaysia was canceled immediately after his meeting with MBS, but it was only revealed through a leak to media, and not through a proper announcement. Now, this development has left Turkey, Malaysia and Iran with a bitter feeling of being ditched by Khan and his government. One can understand that Khan lacks the ability and skills to govern the country, but the invisible forces who control Pakistan’s foreign policy and his shrewd Foreign Minister Shah Mahmood Qureshi could have warned Khan much earlier about the repercussions of participating in the summit. Is it so hard to understand that beggars have no choices?

There is no way that a country that has always fought riyal-sponsored proxy wars, first against Afghanistan and now in Yemen, and which let the interpretation of religion by the Saudi monarchs prevail, resulting in extremism and violence among Pakistan’s religious sects, can escape the influence of the Saudi monarchs and independently devise its own strategy for international relations. Khan since assuming the office of prime minister has banked heavily on Riyadh and the other Gulf states and as a result, Pakistan’s sovereignty is compromised. It can no longer decide how it will maintain relations with the other Islamic countries that are considered a threat by the Arab monarchs.

Saudi Arabia has always played the role of proxy for Washington to wage wars in Muslim countries and in toppling the regimes in such countries as Egypt and Libya. It was clear from Day 1 that Khan would have to change the policies Sharif had embraced, as Sharif was gradually freeing Pakistan from the influence of Washington and Riyadh and was trying to shift the focus of foreign policy toward China, Turkey and Russia while maintaining friendly relations with neighbors like India.

Sharif has paid the cost for this adventure and perhaps Khan does not want to meet the same fate, but he could have handled this diplomatic fiasco much better. He could have gone to the summit this Wednesday but stayed inactive, or he could have apologized to Mahathir and Erdogan for not participating in the summit, admitting that Pakistan did not wish to annoy its friends like Saudi Arabia and the other Gulf states. Now when the heads of the six Islamic countries invited to Kuala Lumpur meet, Pakistan will be represented by its foreign minister, Shah Mahmood Qureshi, instead of its prime minister.

What makes this more painful is the fact that Turkey, Iran and Malaysia are the only countries that have endorsed Pakistan’s position on Kashmir, and after ditching them at the last moment and siding with the Arab monarchs, Khan probably has lost these outspoken voices on the brutal human-rights abuses in Indian-controlled Kashmir.

Perhaps it is time for Imran Khan and his backers in the establishment to realize that depending on any global player will get Pakistan nothing. In the past, Pakistan has experienced difficulties when it became solely dependent on the US, and its recent dependence on Beijing and Riyadh too will only make Pakistan a proxy to the new geopolitical war where global power players like the US and its allies in the Arab world and China will use Pakistan for their vested interests.

Right now Pakistan’s foreign policy revolves around seeking loans and aid from different powerful countries instead of forming ties based on friendship and equal status and trade or technology. This policy of depending on global power players for temporary benefit will only keep Pakistan subservient to these global players with a begging bowl always in hand.

Imad Zafar is a columnist/commentator for newspapers. He is associated with TV channels, radio, newspapers, news agencies, and political, policy and media related think-tanks.