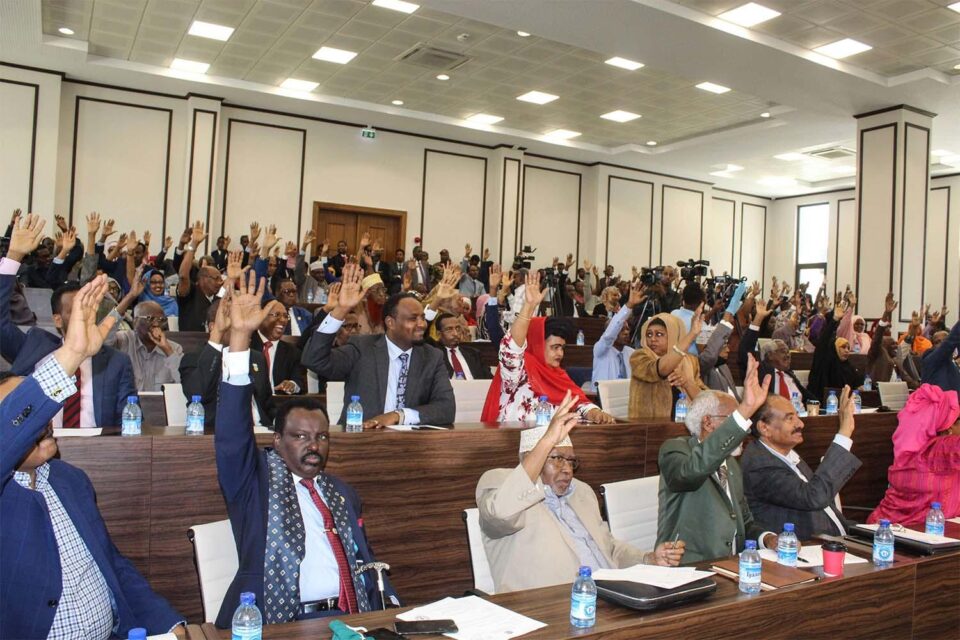 Somalia’s lower house of parliament voted unanimously on Saturday to cancel a controversial two-year presidential term extension it approved last month, a move that might help defuse an armed stand-off in the capital Mogadishu.

The vote was broadcast on Somali television and came shortly after President Mohamed Abdullahi Mohamed addressed parliament and said he was directing his Prime Minister to spearhead preparations for the election.

Mohamed’s term expired in February, but wrangling over elections meant a new crop of legislators was not selected to choose a new president.

The term extension proposal approved by lawmakers last month had provoked a crisis that intensified in the past week. The proposal split some security forces along clan lines.