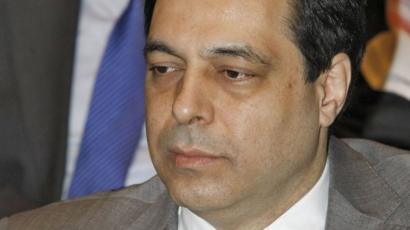 Lebanese President Michel Aoun designated on Thursday academic and former education minister Hassan Diab the next prime minister of Lebanon, according to a statement.

“After binding parliamentary consultations… the president has summoned… Hassan Diab to appoint him to form a government,” the presidency said in a statement after the twice-delayed talks ended on Thursday.

Lebanon’s Deputy Parliament Speaker Elie Ferzli, an ally of the Iran-backed Hezbollah, said earlier on Thursday he had nominated former minister Diab as prime minister, indicating the Shia group and its allies had agreed on him for the position.

Aoun held formal consultations with Lebanon’s 128 lawmakers on their choice for prime minister throughout the day.

Diab emerged as a candidate for the position at the last minute when outgoing Prime Minister Saad Hariri withdrew his candidacy for a job that must be filled by a Sunni Muslim in Lebanon’s sectarian system.