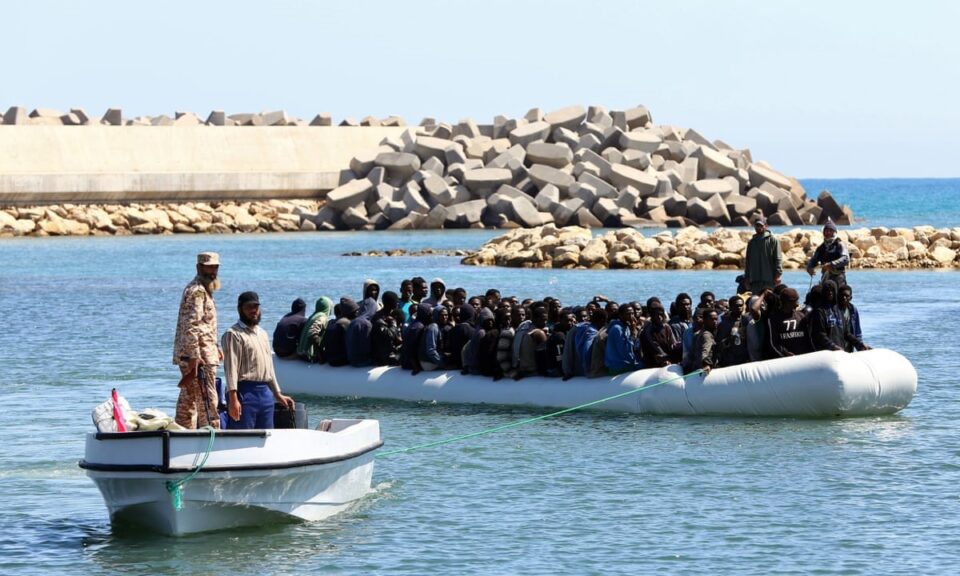 Transcripts of conversations between Italian officials and Libyan coastguard show deliberate neglect of migrant vessels which later sank in the Mediterranean Sea.
Leaked transcripts of conversations between Libyan and Italian officials have revealed that migrants attempting to cross the Mediterranean Sea have often been left to die by indifferent coastguards.

In a joint investigation by The Guardian, the Italian public broadcaster Rai News and the Domani newspaper published on Saturday, it was also revealed that Italian authorities were aware that their Libyan counterparts were either unwilling or unable to provide safety for migrant boats at sea.

The Italian official coastguard called Libyan coastguard Colonel Masoud Abdalsamad on 16 June 2017, regarding 10 endangered migrant dinghies, most of which were in Libyan territorial waters.

“It’s a day off. It’s a holiday here. But I can try to help,” Abdalsamad told the official. “Perhaps we can be there tomorrow.”

Abdalsamad claimed that his men had saved many of the stricken migrants that day. However, by the end of the weekend, the International Organisation for Migration (IOM) reported that 126 people died.

The leaked conversation indicates the indifference of Libyan coastguard workers regarding migrant suffering and their rights per international law. It is one of many transcripts of wiretaps on Libyan coastguard officials’ phones, contained in a leaked 30,000-page file produced by Sicilian prosecutors, The Guardian reported.

Between 22 and 27 March 2017, hundreds of people departing from Sabratha in Libya called the Italian maritime rescue coordination centre for support.

Italian officials then repeatedly tried to reach Abdalsamad and other Libyan coastguard officials, but often the “result was negative,” the transcripts revealed, until the Italian authorities lost contact with the migrant dinghies.

On 29 March, the UN High Commissioner for Refugees (UNHCR) reported that 146 people had died, among them were children and pregnant women.

Then on 24 May, a boat that departed from Libya with hundreds of people of people aboard started taking in water and capsized.

The Italian coastguard called Abdalsamad 55 times, after receiving requests for help from the people on the boat. Once again Abdalsamad did not reply, and thirty-three people were later found dead.

A restricted 2018 report by Operation Sophia, the European Union’s naval mission to combat migrant smuggling routes, wrote that “reporting by Libyan Coast Guard it is not yet at a consistently acceptable standard” and that “the lack of feedback provided by the Joint Operation Room continues to be an issue,” The Guardian reported.

It added that the Libyan coastguard suffered from “a critical infrastructure situation (limited communication systems, power supply, telephones and personal computers)” and said the situation was “further adversely conditioned by a limited presence of personnel with insufficient language (English) skills”.

Italian investigators described Abdalsamad as “uncollaborative” in a report, adding that in the incident on 16 June he denied “authorisation of an NGO vessel in Libyan waters to rescue two dinghies that were adrift”.

Abdalsamad told The Guardian “it would be too hard to find the recordings of these events [in 2017,” and that he could not answer the newspaper’s questions.

However, he mentioned that “communications with his Italian counterparts do not always work well” and that there were “telecommunication problems in Libya that cause frequent interruptions”.

“You must understand that Libya is a country that has suffered a war,” he said.

The Sicilian legal authorities have not indicted any Libyan officials in their investigation of NGOs they accuse of people-smuggling.

This is not the first time Libyan authorities’ abusive practices regarding migrants have come under the spotlight. In 2017, CNN reported that migrants held in detention centres were being tortured and some were even sold into slavery. The EU had funded these detention centres.