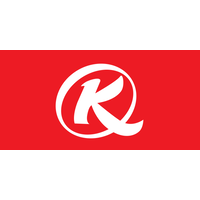 In August, Kenya’s national carrier posted record losses. Critics accuse the company of financial mismanagement as it struggles to deal with pilot shortages and an industrial dispute.

It was a rare occasion when Sebastian Mikosz’s appointment as head of Kenya Airways (KQ) in 2017 brought a cheerful mood to the beleaguered and bloated airline.

Building on the restructuring of $2bn worth of debt in the same year, the polish aviation executive was headhunted as part of a turnaround strategy to change the loss-making fortunes of Africa’s fifth largest carrier.

Yet only two years later and Mikosz has announced he will step down three months before the end of his three-year contract, citing undisclosed personal reasons.

Since his appointment KQ’s losses have increased to $82.95m pretax in the first half of 2019, over 50% more than in the same period the year before.

The management is partly blaming this failure on KQ pilots who are threatening industrial action following an acute shortage of pilots.

Yet those familiar with the airline say the losses are the result of financial mismanagement and poor decision making.

As things move from bad to worse, Kenyan lawmakers have voted to fully re-nationalise the airline.

The company was privatised in 1996 yet government ownership has steadily increased to 48.9% from 29.8% during the 2017 restructuring deal which saw almost $197.3 of government debt swapped for equity.

Kenya’s banks, which created a special purpose vehicle called the KQ Lenders Company to turn near $217.2 of KQ debt into 38.1% ownership, will be bought out within the next 12 months according to the government.

The same will apply to Air France-KLM’s 7.8% stake.

In an effort to secure the finance needed, KQ has announced it will sell seven Boeing 787-8 Dreamliner planes, one Boeing B777-3000 and a spare General Electric engine.

Captain Murithi Nyagah, general secretary of the Kenyan Airline Pilots Association (KALPA), believes pilots are being “scapegoated” as the management seeks to place the blame for financial turbulence elsewhere.

A worsening row over pay, training and aviator nationality has led to a shortage of pilots and the cancelation of flights.

According to the airline, these cancelled flights are costing $50m a year.

The airline has 435 pilots but needs around 600 to properly cover its routes.

A KQ pilot told African Business on the condition of anonymity that he flew for 32 hours nonstop following the shortage.

Nyagah says the airline has lost 150 pilots in the last three years due to the “toxic” working environment.

Many have left to join regional competitors like Ethiopian Airlines, RwandAir, Qatar Airways and Emirates.

Yet KALPA is opposing foreign contract hires for Boeing 737 pilot shortages, saying the domestic market should provide the talent and that foreign recruitment contravenes a collective bargaining agreement.

These disagreements have led to KALPA threatening industrial action.

The immediate dispute aside, the commercial failures of the airline run far deeper than a simple staff versus management dispute, Nyagah says.

“It is a diversion tactic to start creating other fires so then people forget about the real issues at hand,” he says.

“Pilots are not part of the problem within this airline, it is the management we need to ask questions of. Even if pilots were to work for free they would still make a loss.”

Critics allege that Kenya’s carrier has long been held back by financial mismanagement.

Such practices, primarliy overpayment on procurement contracts, are the only explanation for the losses, Nyagah says.

The airline pays an inflated price for basic tenders such as water and juice, he alleges.

Nairobi-based financial analyst Aly-Kahn Satchu says that these seemingly intractable relationships may have placed the final nail in the coffin for Mikosz who was unable to navigate KQ’s complex web of personalities.

“He didn’t get the backing he required to follow through.”

The mammoth task now falls to KQ’s board, led by chairman Michael Joseph, to find a new leader capable of turning the company around.

Many have concerns that nationalisation will deepen the problems.

Joseph told reporters that KQ must “be run in a commercial way”, and avoid a board packed with “politically-connected individuals”.

The government has proposed the establishment of a holding company with four subsidiaries, one of which would run Kenyan Airways and another Nairobi’s main international airport.

KQ’s management has long argued that without all the assets working together, the airline will struggle to reach profitability.

They point to Ethiopian Airlines as a prime example of government-run success, where Bole International Airport, a pilot training academy and runway maintenance services are all used to support the growth of the carrier and boost the balance sheet.

Yet KQ’s long history of failed turnarounds leave many skeptical.

“I don’t see how they will pull it off,” says Satchu.