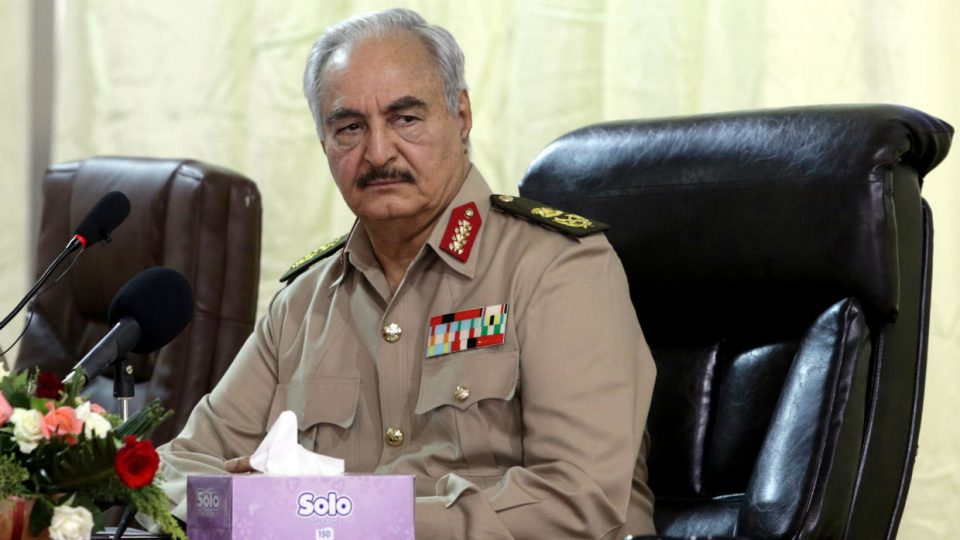 The commander of the Libyan National Army said his forces had a “popular mandate” to rule Libya. He also declared an official end to a UN-brokered political agreement that attempted to establish a unity government.

Libyan strongman Khalifa Haftar said Monday his Libyan National Army (LNA) had a “popular mandate” to rule Libya and vowed to press his assault to seize Tripoli, the country’s capital.

He also declared “the end of the Skhirat Agreement,” a 2015 United Nations-mediated deal that consolidated Libya’s government, in a televised address on his Libya al-Hadath TV channel.

“We announce that the general command is answering the will of the people, despite the heavy burden and the many obligations and the size of the responsibility, and we will be subject to the people’s wish,” he said.

He said his forces would work “to put in place the necessary conditions to build the permanent institutions of a civil state.”

He did not say what form the new power structure would take, and the broader political ramifications remain unclear.

Libya has been split since 2014, with the internationally recognized Government of National Accord (GNA), led by Prime Minister Fayez al-Sarraj, controlling Tripoli and the northwest and territory held by eastern-based forces, including Haftar’s LNA.

The GNA was a result of the UN-brokered Libyan Political Agreement, or Skhirat Agreement, that aimed at ending the division that persisted since the 2011 uprising that ousted longtime dictator Moammar Gadhafi. However, its legitimacy has been questioned by the House of Representatives, a competing administration based in Tobruk in Libya’s northeast.

Haftar, whom the House of Representatives installed as the commander of the LNA, has been widely understood to control the parallel administration and is thus considered the de facto leader in the east.

Haftar had already declared the Skhirat Agreement “expired” in 2017.

Haftar’s forces launched an assault on Tripoli and other parts of northwest Libya in April 2019. His offensive has left hundreds dead and some 200,000 displaced.

Though the LNA advanced into the southern suburbs of the Libyan capital, it has lost ground to pro-GNA forces during fighting this month.

Haftar is supported by the United Arab Emirates, Egypt and Russia. The GNA is backed by Turkey.

“Haftar has once more exposed his authoritarian intentions to the world,” Abdallah said in a statement. “He no longer seeks to conceal his contempt for a political solution and democracy in Libya.”