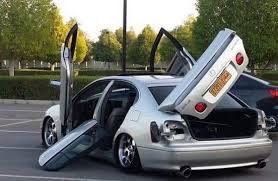 The Elphant, February 4, 2022
Warsan magazine, February 11, 2022
By Rasna Warah
When do families fall apart and begin dying? Is it when the one holding them together – a grandfather, a mother, or perhaps a child – dies or moves away? Or it is when members of that family start competing, rather than cooperating, with each other? Or maybe it’s when an adverse or traumatic event forces members of that family to split up?
When do cities fall apart and begin dying? Is it when the authorities stop providing essential services such as water and electricity, forcing people to migrate and seek services and opportunities elsewhere? Or is it when citizens fail to adhere to a social contract that says that civility, compassion and respect for others should dictate how they behave towards each other? Or maybe it’s when the yawning gap between slum dwellers and mansion dwellers becomes so huge that people have no choice but to stage a revolution or a civil war, which ends up destroying the city?
When do nations fall apart and begin dying? Is it when leaders start plundering their countries, leaving the majority to wallow in poverty, without any dignity or hope? Or is it when leaders betray the trust of the citizenry by using them as pawns in their political ambitions? Or maybe it’s when citizens decide they don’t want to be part of that nation because it is too painful. So they flee or become passive victims of the state rather than active and proud citizens of their country.
As I write this, the responses are still coming but I no longer have the stomach to read them because they remind me of how broken we are as a society, as a people, and as a nation. In the last 24-hours I have had to deal with power and water cuts (the latter seems to be a perennial problem precipitated by water cartels at the Nairobi Water Company). As I look at my huge pile of unwashed clothes, I think about all those living in slums who make do with 20 litres of water a day. How can one live in this city and stay sane? (Meanwhile our leaders are either throwing lavish birthday parties for themselves and eating cake or throwing huge amounts of money at boda boda riders from helicopters during election rallies. Where did all this money come from? Do we ask?) A devout Christian friend tells me politicians in Kenya are not true Christians because even Jesus would have denounced their contempt for the poor. Some Kenyans believe the church in Kenya is itself responsible for our moral decay.

The four themes that seem to stand out in most of the responses are violence, greed, betrayal, and impunity. And of course, the trauma that is related to all four.
My American friend Angi tells me that all Kenyans suffer from some form of collective trauma. The first book Angi read when she was moving to Kenya was Caroline Elkins’ Britain’s Gulag, so maybe her view of Kenya is clouded. But like her, I also believe that while all Kenyans (even muhindis like me) suffer from the effects of some kind of trauma – whether it is torture or intimidation at the hands of a police officer or abuse by a family member or lack of basic services such as water), the Kikuyus (because of their proximity to white colonial settlers who grabbed their land and killed and tortured them when they demanded their land back) suffer and have suffered the deepest forms of trauma both before and after independence. This is because the vast majority of them suffered at the hands of fellow Kikuyus – the Home Guard – who continued with the grabbing and the torture after the country gained independence. This betrayal by one’s own is something we rarely talk about because even history has become an optional subject in schools. (Until Elkins published her book, few of us knew the extent of the brutality endured by the Kikuyu during the Emergency.)

Meanwhile our leaders are throwing lavish birthday parties for themselves and eating cake.

My Luo friends tell me that their fortunes deteriorated after the assassination of Tom Mboya. That day in July 1969 reminds them to this day that they are Kenya’s most dispensable – and perhaps most feared – ethnic group. My Somali acquaintances tell me they are not just dispensable but invisible to the state, with or without Aden Duale. Some of them come from remote villages that have to this day not seen a tarmacked road or a clinic. Asians, who are generally viewed as trauma-free because they are among the wealthiest groups in Kenya, speak about feelings of alienation and rejection – a state of limbo ignited by past traumatic events, like the murder of Pio Gama Pinto, who among others, fought for the country’s independence, Idi Amin’s expulsion of Asians from Uganda in 1972, the 1982 coup attempt that saw many of their homes and businesses looted, and the exposure of mega-thieves like Kamlesh Pattni, who gave the whole community a bad name.
The list of grievances among Kenyans is long. These grievances have been documented in the Truth, Justice and Reconciliation Commission’s report, which sadly, was also ignored by none other than the president, who failed to implement its recommendations. (If you want to read its contents, go to the University of Seattle’s website; no Kenyan government department has bothered to archive it online.)
I wrote a short story called Have Another Roti that was published in Nairobi Noir. The setting is the Parklands neighbourhood of Nairobi and memories of Mogadishu. I thought I was writing about trauma but many of my readers believed that I had written a story about forbidden love. One even told me that she couldn’t stop laughing while reading it. While there are some humorous passages in the book, the humour underlines deep-seated trauma. Laughing at the ridiculous is Kenyans’ way of coping with trauma. We laugh because crying would take us too close to home.
Angi tells me that there are four stages in trauma response: Fight, flight, freeze, and submit (in that order). Those who have watched wildlife documentaries will understand this. When a lioness is hunting a zebra (yes, it is usually the female of the species that does the hunting to feed her family), the zebra’s first instinct is to fight the lioness. If fighting doesn’t seem like a viable option (because the lioness is stronger, faster and bigger than the zebra), the zebra runs as fast as it can. When the lioness eventually catches up with the zebra and digs her fangs into its neck, the zebra goes into freeze mode, eventually submitting to the inevitability of its own demise.
These trauma responses are not confined to wild animals. During colonialism and during the Moi era, many Kenyans were either in fight or flight mode. These Kenyans either joined resistance/pro-democracy movements or went into exile. The rest fell into freeze or submit mode, which allowed them to survive Moi without incurring his wrath. It also allowed them to become numb because freezing emotionally was preferable to feeling. That freeze mode lasted until December 2002 when a new president who ousted KANU offered hope for a better future. Kenya was then ranked as the most optimistic nation on earth.

But just when Kenyans were beginning to believe that they were about to reach nirvana, Mwai Kibaki began replicating the sins of his predecessor. Mega corruption scandals like Anglo Leasing began to surface. Kibaki also reneged on his promise to review the constitution.
Then the post-election violence of 2007/8 happened, and we were back to enacting our trauma responses. For those who were raped, maimed or displaced during the violence, or who lost loved ones, the trauma remained raw for many years, and is still with them. For others, the violence reminded us of past traumas and strengthened our belief that we must never go to that place again. So we resisted. The period between 2008 and 2013 gave us an opportunity to regroup, to re-strategize, to work towards a better Kenya. We voted for a new constitution, which paved the way for a more accountable government and leaders with integrity. Commissions to unite the country and to provide oversight to our new institutions were formed, but their impact was minimal.
The highly contested election of March 2013 that saw people indicted by the International Criminal Court (ICC) assuming the presidency led many of us to retreat to freeze or submit mode. Neither the new constitution nor the courts could prevent this bizarre development (regardless of the guilt or innocence of the accused, and of the fact that others who were most responsible for the mayhem of 2007/8 escaped any form of justice). What followed was a reckless government that had no qualms about piling up the national debt, runaway corruption in ministries and government departments, opaque Chinese contracts, impunity, and a leadership convinced of its invincibility. In the first four years of the UhuRuto presidency, poverty levels in Kenya increased from 38.9 per cent to 53 per cent.

The four themes that seem to stand out in most of the responses are violence, greed, betrayal, and impunity.

Then in 2018, a “handshake” between the president and the leader of the opposition killed any viable form of resistance in Kenya, leaving the sitting deputy president competing against his boss, a scenario that can only play out in highly dysfunctional societies. So, we are still in the throes of a trauma that has not yet been acknowledged or healed. The media, meanwhile, is living up to the adage that he who pays the piper calls the tune, leaving us wondering whether Kenyan journalists inhabit the world the rest of us live in.

Last week, several bodies (no one is quite sure how many, but at least 20) were found dumped in the Yala River. Some had been tied up and placed in sacks. Others seemed to have been mutilated. Few have come forward to claim these bodies or to identify them. In other countries, this would be front-page news for days, but here it passes off as just another inexplicable (and forgettable) event. There is no shock or horror, or demands for justice for the victims. We are all in submit mode now.

‘Many have interests to weaken’ country – Ethiopian diplomat