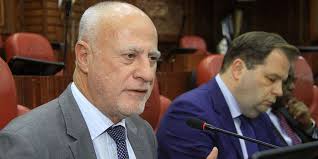 Kenya Airways is selling seven planes and an engine in a multi-billion shilling deal that marks the carrier’s latest efforts to reduce its fleet in a bid to shore up its financial position.

The loss-making carrier has hired UK-based Air Partner to guide it in the planned sale of the six Boeing 787-8 Dreamliner planes, one Boeing B777-300 and a spare GE engine at a time when a shortage of pilots is forcing the airline to cancel flights and trim routes.

Kenya Airways (popularly known as KQ) will lease back the aircraft after selling them, according to contract documents between the airline and Air Partner seen by the Business Daily, signalling that it does not intend to see the plane sale hurt its routes.

“Kenya Airways is conducting a series of sale and leaseback transactions covering 6 x B787-8, B777-300 and GEnx spare engine,” said the contract document.

“KQ has requested Air Partner to conduct a desktop review addressing a series of questions around these sale and leaseback transactions.”

The Nairobi bourse listed airline had a fleet of 41 airplanes at the end of last year, comprising a mix of Boeing planes for long-haul and Bombardier and Embraer planes on its short and medium haul flights. Its rival Ethiopian Airlines operates more than 100 planes.

A new 787-8 Dreamliner goes for $206.8 million (Sh21.49 billion) according to a price guide by global aviation website Aircraft Compare.

KQ in 2011 signed a deal for the purchase of nine 787-8 Dreamliner planes with Boeing to replace its ageing fleet and expand routes and flight frequencies.

It received the first Dreamliner plane, which is famed for its fuel efficiency, in 2014.

A used General Electric (GE) aircraft engine is expected to fetch hundreds of millions of shillings, with the price of most new ones topping the Sh1 billion mark.

Kenya Airways declined to respond to three e-mails from the Business Daily over the plane sale.

Restructuring its fleet, including selling aircraft and sub-leasing to other airlines has been one of KQ’s focus areas in recent years as it seeks to return to profitability.

Its fleet size has been dropping since 2015 in a period that has seen Kenya Airways struggle to return to profitability after making steep losses in 2014, causing some of its engineers and pilots to seek greener pastures.

The airline has been forced to cancel dozens of flights due to a shortfall in the required pilot numbers.

In the first two weeks of last month, the airline suffered 91 flight cancellations, of which 68 flights or 74 percent were due to pilot shortage, its internal memo showed.

Kenya Airways said it will be forced to cancel more flights in the weeks ahead due to the shortages as it faces opposition from pilots union to hire 20 fliers on contract.

The national carrier had earlier in the year announced a plan to double its fleet over the next five years.

KQ is working on a process that will lead to its nationalisation, eyeing future success. Lawmakers voted to re-nationalise it in July.

HUMANS: The Farewell explores the ethics of lying about a cancer diagnosis