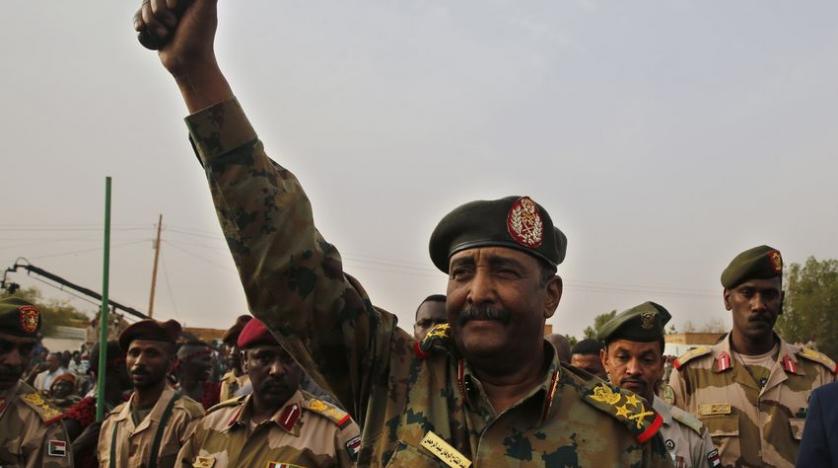 Sudanese Gen. Abdel-Fattah Burhan, head of the military council, waves to his supporters upon his arrival in Omdurman district, west of Khartoum, Sudan, on June 29, 2019 (AP / Hussein Malla)
Friday, 25 September, 2020 – 06:45

Television channel i24NEWS said the meeting would come as part of a normalization process between the two countries.

It added that the Sudanese-Israeli Friendship Association will be launched in the Sudanese capital Khartoum and that the event, where media will be invited for coverage, will set off a normalization process between the two states.

Khartoum is taking practical steps with Israel to establish diplomatic relations with Tel Aviv and reach a financial settlement with victims of terrorism.

Those steps are essential for the US administration to remove Sudan from a US list of state sponsors of terrorism.

Sudan is most likely to sign a normalization accord with Israel in the coming days, taking steps similar to that of UAE and Bahrain.

Meanwhile, former British prime minister Tony Blair said at The Jerusalem Post conference Thursday that peace between Israel and the Palestinians will come through Israel establishing relations with Arab states.

“The foundation of the approach in the region, that Israelis and Palestinians negotiate peace and then the rest of the region joins, is the diametric opposite of what should happen,” Blair said. “Actually, what you need to do is create peace between Israel and the Arab nations and include the Palestinian issue in that peace.”

US Ambassador to the United Nations Kelly Craft said on Wednesday that another country will recognize Israel “in the next day or two.”