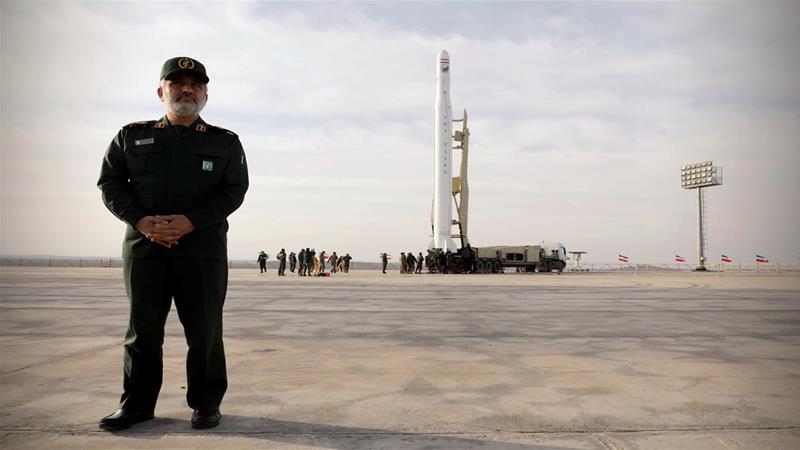 Tehran defiant after ‘very sophisticated’ deployment of its Nour military satellite amid US and Israeli admonitions.

The satellite was on board a previously unknown launch vehicle named Qased, or messenger, and was deployed from a military base in Semnan province, east of the capital, Tehran.

The launch – carried out on the 41st anniversary of IRGC’s establishment – brought an end to a string of previous failures in developing Iran’s aerospace programme. Tehran has not released much information about the initiative, but Major-General Hossein Salami, the IRGC’s chief, described it as a “multi-purpose” satellite that expands the Revolutionary Guard’s “strategic intelligence”.

“Every nation has an obligation to go to the United Nations and evaluate whether this missile launch was consistent with that Security Council resolution,” he told journalists.

The launch also raised alarm in Tel Aviv. “Israel strongly condemns the launch of a military satellite by the Revolutionary Guard, a terrorist organisation recognised as such by the United States,” the foreign ministry said in a statement, calling for new sanctions against Tehran.

Germany, France and the UK also expressed concern. Russia announced the deployment did not violate any UN resolutions.

Iran also rejected Pompeo’s accusation saying Resolution 2231 does not ban it from launching satellites. Foreign Minister Mohammad Javad Zarif slammed the US and Europe for misreading the resolution and reiterated Tehran’s missiles are not designed to carry nuclear weapons.

Iran’s successful satellite launch came amid the coronavirus crisis and as its economy is faced with a major downturn resulting from crippling US sanctions imposed under Washington’s “maximum pressure” policy. The latest of these embargoes was imposed last September with the US claiming Iran uses its civilian space agencies to advance its ballistic missile programme.

“All parts of the satellite, including the carrier and satellite, have been produced by the Iranian scientists despite the US sanctions,” IRGC’s leader Salami was quoted as saying.

“The message of this important achievement is that sanctions are not an obstacle on the way of Iran’s progress and will further motivate the country to turn into a big power in the region.”

According to Seyed Hossein Mousavian, an Iranian former nuclear negotiator, “the recent satellite launch shows that despite all the sanctions and pressure, Iran’s missile capabilities have grown and it has almost reached the point of no-return”.

Mousavian, the Middle East security and nuclear policy specialist at Princeton University, told Al Jazeera that “Tehran’s missile capability is the biggest concern for US and Israel in case of a military attack against Iran”.

Fabian Hinz is an associate researcher at the James Martin Center for Nonproliferation Studies at the Middlebury Institute of International Studies in Monterey, California who follows Iran’s space programme.

“The newly developed solid propellant motor that was used is very sophisticated and uses some technologies that are crucial to developing long-range missiles,” Hinz told Al Jazeera.

“Iranian missile and rocket technology have advanced to an incredible degree in the last two decades. The amount of technological achievements they have made is quite astonishing. However, they have restrained themselves to a 2,000km (1,240 mile) range,” he added.

While major Western countries led by the United States accused Iran of using its space programme as a cover for its long-range ballistic missiles, analysts such as Michael Elleman, director of the non-proliferation and nuclear policy programme at the International Institute for Strategic Studies in Washington have rejected the allegation, saying Iran’s satellite launch does not amount to an intercontinental ballistic missile (ICBM) test.

Hinz holds a similar view. “The Qased’s performance is not sufficient to convert the rocket into an intercontinental ballistic missile. However, on a smaller scale, the rocket’s second stage for the first time displays many core technologies needed for modern long-range missile development.”

Mousavian, the Iranian former nuclear negotiator, said the chance of a UN Security Council resolution against Iran was low.

“Washington will try to bring the case to the UNSC, but it is very unlikely that Moscow and Beijing agree to a UN Security Council resolution against Iran,” he said. 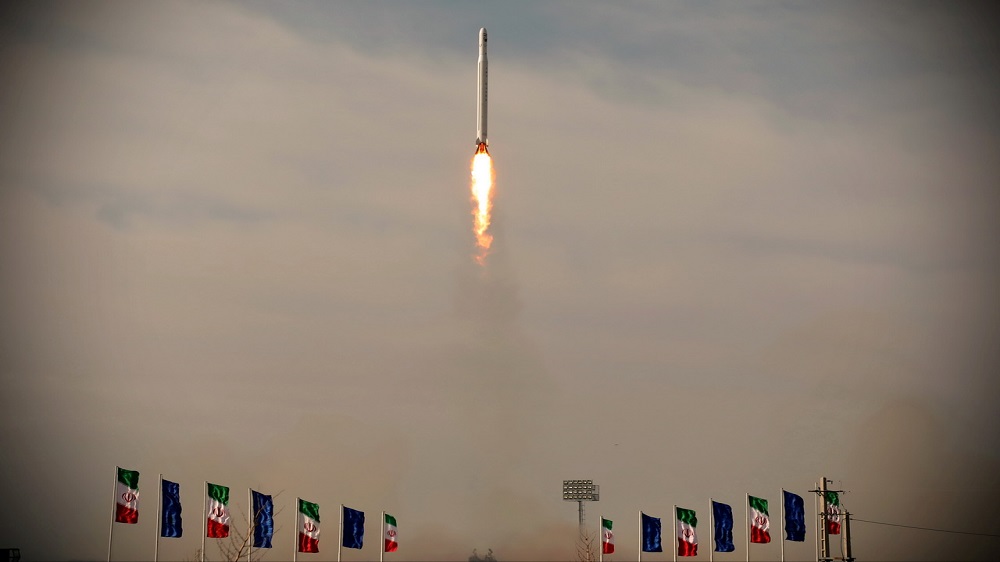 Unlike previous launches, last week’s deployment was conducted without prior announcement and without being detected by foreign intelligence services.

“This [satellite] launch sends this message that the IRGC was able to keep the secrecy of the programme until after its successful launch. With this achievement, Iran has basically raised the geopolitical equations to a new level,” according to a security and political analyst in Tehran, who spoke to Al Jazeera on the condition of anonymity.

“While Western officials and media are trying to emphasise the military aspect of this satellite, it is good to point out the space technology is built on basic sciences such as mathematics, physics and chemistry. Considering its multi-disciplinary applications, this achievement could well advance other civil industries such as agriculture, automotive and telecommunications, among others,” he added.

Ali Jafarabadi, commander of IRGC’s space command, said on state media the satellite launch was part of a “mega-project”, adding “larger satellites will be deployed at higher orbits”. He predicted Iran will launch the Nour2 satellite in the near future.

According to Hinz: “Iran has nothing to lose anymore as it has seen that it will be subject to sanctions no matter if it limits its missile programme or not.

“They want to signal that with their technological capabilities they can do much more than what they have currently limited themselves to. But just like their nuclear programme, they will do this in a gradual fashion to maximise political leverage,” he added.