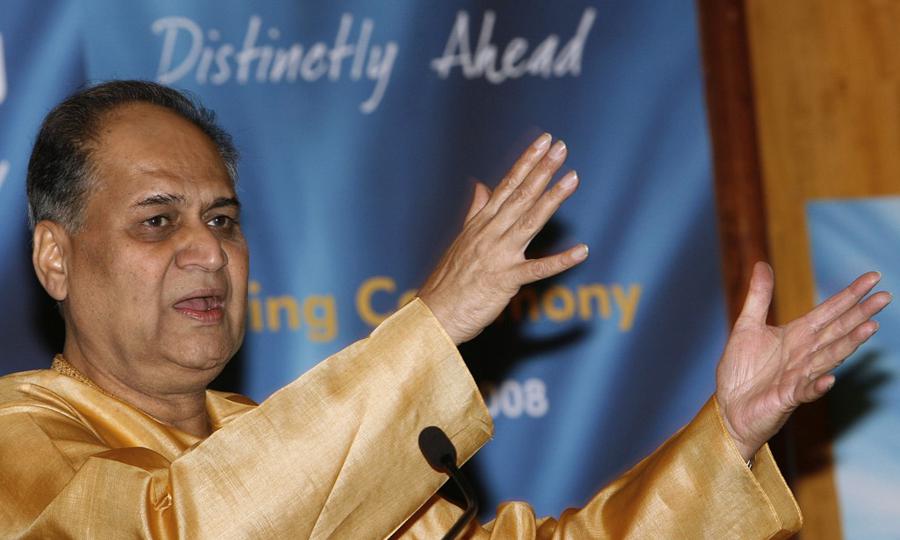 Veteran industrialist Rahul Bajaj believes there is an atmosphere of fear in the country and people are afraid to criticize the government.

His remark at the Economic Times awards event drew widespread applause from the audience from corporate India and prompted the home minister to contest the assessment while conceding that any such atmosphere needed to be removed.

Bajaj made the comment during the question-and-answer session when he was among the audience and the ministers were on the dais. “We are afraid…. This atmosphere is definitely on our minds, but nobody will talk about it, none of my industrialist friends, I will say that openly,” he said.

“You are doing good work but still we don’t have the confidence that if we can openly criticize you, it will be appreciated. I may be wrong, fine. But we all feel this way.”

The octogenarian industrialist referred to the incarceration on corruption charges of former finance minister P. Chidambaram, without naming him. In a veiled reference to the former minister he said someone who has not even been convicted has been languishing in jail for 100 days.

He also referred to the controversy over BJP parliamentarian Pragya Thakur’s alleged remarks in the Lok Sabha calling Nathuram Godse, the assassin of Mahatma Gandhi, a patriot.

“Today anybody can be called a patriot, you know: the man who shot Gandhiji,” he said. He noted that the ruling Bharatiya Janata Party had given the highly controversial Pragya Thakur a ticket to contest the recent general election.

The lawmaker has been facing trial for her alleged involvement in 2008 bomb blasts at Malegaon in the state of Maharashtra. On Wednesday, Pragya Thakur courted another controversy with her remarks in the Lower House of Parliament when an opposition party parliamentarian, A Raja, narrated a statement of Nathuram Godse before a court on why he killed Mahatma Gandhi.

The ruling Bharatiya Janata Party barred her from attending its parliamentary party meeting in the ongoing session and removed her from the consultative committee on defense.

“I cannot speak for everyone,” Bajaj said, “but I should not be saying this. People are laughing that, ‘Go and get hanged.’”

He remarked there is an air of intolerance in the country with recurring incidents of lynching over the transportation and  consumption of beef in the country, while hardly anyone has been convicted.

In his response Home Minister Amit Shah said there was no need to fear but if Bajaj felt so, then “we will have to make an effort to improve the atmosphere.”

Shah said “We have done nothing to be concerned about any criticism.… The government has run in the most transparent way, and we have no fear of any kind of opposition. If anyone criticizes us, we will look at the merit of the same and make efforts to improve ourselves.”

The minister said lynching incidents have happened earlier and continue to happen today, “perhaps fewer than before. But this is not correct that no one has been convicted. Many have been convicted and sentenced, but it does not appear in the media.”

Amit Shah also pointed out that newspapers have written a lot against Narendra Modi. “We have been the most written against, but still, as you are saying, if an atmosphere has been created, we too will have to make an effort to improve it. But I want to say that no one needs to be afraid,” he added.

Rahul Bajaj has been one of those rareindustrialists who have never pulled their punches while attacking government policies. He was vocal even during the previous Congress party-led regime. In those days, he observed on Saturday, “we could abuse anybody” without fear of repercussions.

A few months ago he expressed concern over the downturn faced by India’s auto industry. He remarked, “There is no demand and no private investment, so where will growth come from? It doesn’t fall from the heavens. The auto industry is going through a very difficult period. Cars, commercial vehicles, and two-wheelers are going through a rough patch.”

He and his son Rajiv Bajaj are some of the few voices from corporate India that criticized the government’s move to ban high-value currency notes in 2016. Though it is now widely acknowledged that the move crippled many industries and affected the country’s gross domestic product growth, criticism has been very muted among the country’s industrialists.

Meanwhile India’s Gross Domestic Product continued its downward spiral for the seventh consecutive quarter, falling to 4.5% in the second quarter (July-September) of the year 2019-20. This is a fall of 0.5% points compared with the last quarter.

The GDP growth seen in the last quarter was the slowest in more than six years. The previous low was recorded at 4.3 per cent in the final quarter (January-March) of 2012-13.

The slowdown in economic growth has taken away from India the tag of world’s fastest growing major economy, which now belongs to China. India’s growth rates in the Q4 2018-19 and Q1 2019-20 were slower than those of China, which is a much bigger economy.