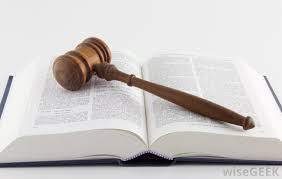 The proposed new media law has been strongly criticized by international organizations, including the IFJ and NUSOJ, since its approval by the Council of Ministers in 2017. The bill introduces provisions which limit journalists’ work. The original version granted the Federal Ministry of Information power to bind journalists, by law, to a code of conduct and ethics.

In addition, this body would become the only legal authority to issue press cards and will punish ill-defined “fake news” reporting and “groundless propaganda”, both made illegal by the new law. Journalists who breach the law would be subjected to hefty fines.

Since its first approval in 2017, new provisions were added to the bill, restricting media freedom even further, despite warnings issued by international organisations and media unions to soften the law.

In its current form, the bill introduces a costly new system of prosecutors and courts specifically to bring and hear civil cases regarding “media crimes”. This will open the door for the federal government and federal member states to arbitrarily prosecute journalists for doing their job.

New broad arbitrary editorial restrictions have also been added to the bill, such as the “encouragement of tribalism” and “violating sound Somali culture”.

The bill will also introduce a “registration scheme,” which would force media houses to register at the Federal Ministry of Information, Ministries of Information of Federal Member States, and at the Media Commission – a body which lacks independence from the government.

NUSOJ General Secretary, Omar Faruk Osman said: “President Farmaajo… should uphold his commitment to human rights and refuse to sign these media restrictions into law as they constitute clear violations of Article 18 (freedom of expression and opinions) and article 32 (right of access to information) of the supreme law of the land.”

IFJ General Secretary, Anthony Bellanger, said: “The proposed new law would in fact muzzle free media in Somalia. Not only would the government have a far-reaching say into who can work as a professional journalist – it would also create an environment where the free press can be silenced under the pretext of vague accusations, based on the goodwill of some officials. We demand the president of Somalia reject the law completely and begin a dialogue with media freedom organisations to develop a law that protects media freedom”.

US Cranking War Back Up in Somalia