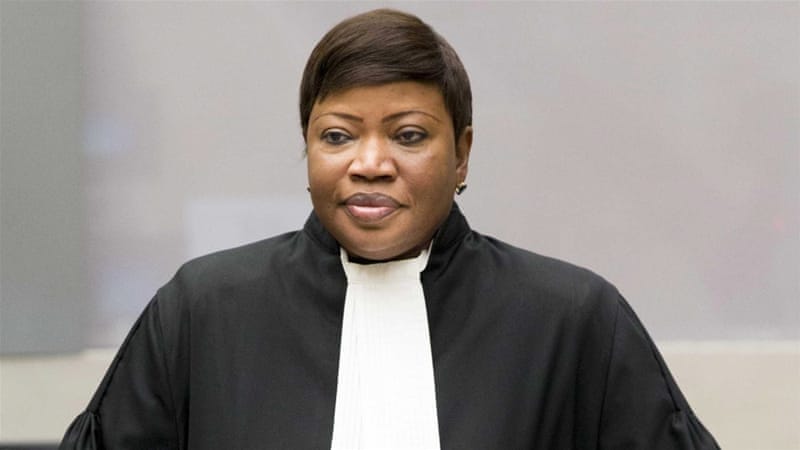 Palestinian leaders welcome prosecutor’s decision to carry out full probe as a ‘positive’ and ‘long-overdue step’.

The chief prosecutor of the International Criminal Court (ICC) has said she will launch a full investigation into alleged war crimes in the occupied Palestinian territories.

The announcement by Fatou Bensouda on Friday was welcomed by the Palestinian leadership as a “long-overdue step” but prompted an angry response by Israel.

“I am satisfied that there is a reasonable basis to proceed with an investigation into the situation in Palestine,” Bensouda said in a statement.

“In brief, I am satisfied that war crimes have been or are being committed in the West Bank, including East Jerusalem, and the Gaza Strip,” she added, without specifying the perpetrators of the alleged crimes.

Bensouda said before opening a full probe, she would ask The Hague-based tribunal to rule on the territory over which it has jurisdiction, as Israel is not a member of the court.

She urged judges to rule on the court’s jurisdiction “without undue delay”. The prosecutor added however that she did not require any authorisation from judges to open a probe as there had been a referral from the Palestinians, who joined the court in 2015.

“Palestine welcomes this step as a long-overdue step to move the process forward towards an investigation, after nearly five long and difficult years of preliminary examination,” a statement from the foreign ministry said.

Bensouda launched a preliminary probe in January 2015 into allegations of war crimes and crimes against humanity in Israel and the Palestinian territories, in the wake of the 2014 Gaza war which left 2,251 dead on the Palestinian side, the majority civilians, and 74 on the Israeli side, most of them soldiers.

Israel and its ally, the United States, have both refused to sign up to the court, which was set up in 2002 to be the only global tribunal trying the world’s worst crimes, war crimes and crimes against humanity.

The Palestinians, who signed up to the ICC in 2015, have already accepted the court’s jurisdiction but have repeatedly urged the court to move faster.

A full ICC investigation could possibly lead to charges against individuals being brought. States cannot be charged by the ICC.

Senior Palestinian official Saeb Erekat called the decision a “positive and encouraging step that brings us closer to the opening of a criminal investigation into the crimes committed in Palestine in accordance with the Rome Statute, putting an end to the impunity of the perpetrators and contributing to the achievement of justice”.

‘End to the oppression’

Following Bensouda’s announcement, Israeli Prime Minister Benjamin Netanyahu lashed out at what he called “a dark day for truth and justice”.

“The court has no jurisdiction in this case. The ICC only has jurisdiction over petitions submitted by sovereign states. But there has never been a Palestinian state,” Netanyahu said in a statement.

“The ICC prosecutor’s decision has turned the International Criminal Court into a political tool to delegitimise the State of Israel.”

Commenting on Netanyahu’s statement, Ammar Hijazi, assistant minister for multilateral affairs for the state of Palestine, said the reaction was “Israel’s sole option”.

Hijazi described the calls for investigation as “part of justice for the Palestinian people”.

“What we seek is an end to the oppression, to the tyranny that is being exerted, the violation of human rights … of Palestinian people.”

Earlier this month, the ICC prosecutor refused to press charges over a deadly 2010 Israeli raid on a flotilla bringing aid to Gaza, and urged that probe to be shut.

Nine Turkish citizens died in May 2010 when Israeli marines stormed the Mavi Marmara, among eight ships trying to break a naval blockade of the Gaza Strip. One more died in hospital in 2014.