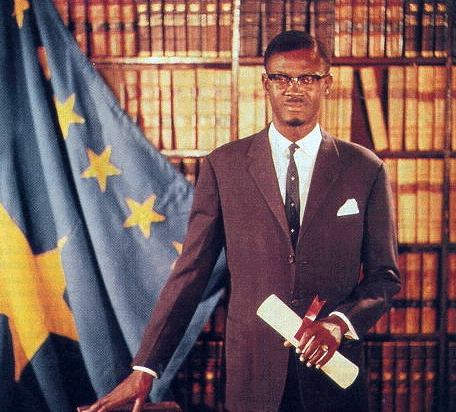 Exactly 60 years ago, on 17th January 1961, the first prime minister of the newly-independent Democratic Republic of the Congo, 35-year-old Patrice Lumumba, was tortured and then assassinated by members of the Belgian Secret Service. Four months earlier, he had been ousted in a coup that was led by Joseph-Désiré Mobutu, his former Chief of Staff of the Army, and backed by Belgium, the United States, and the United Nations. Shortly before he was killed, Lumumba wrote the following letter to his wife, Pauline Opango.

It would be another 41 years until Belgian foreign minister Louis Michel formally apologised for his country’s role in Lumumba’s murder.

I am writing these words not knowing whether they will reach you, when they will reach you, and whether I shall still be alive when you read them. All through my struggle for the independence of my country, I have never doubted for a single instant the final triumph of the sacred cause to which my companions and I have devoted all of our lives. But what we wished for our country, its right to an honourable life, to unstained our dignity, to independence without restrictions, was never desired by the Belgian imperialists and the Western allies, who found direct and indirect support deliberate and unintentional, amongst certain high officials of the United Nations, that organisation in which we placed all our trust when we called on its assistance.

They have corrupted some of our compatriots and bribed others. They have helped to distort the truth and bring our independence into dishonour. How could I speak otherwise? Dead or alive, free or in prison by order of the imperialists, it is not myself who counts. It is our poor people for whom independence has been transformed into a cage from whose confines the outside world looks on us, sometimes with kindly sympathy, but at other times with joy and pleasure.

But my faith will remain unshakeable. I know and I feel in my heart that sooner or later my people will rid themselves of all their enemies, both internal and external, and that they will rise as one man to say No to the degradation and shame of colonialism, and regain their dignity in the clear light of the sun.

We are not alone. Africa, Asia and the free liberated people from all corners of the world will always be found at the side of the millions of Congolese who will not abandon the struggle until the day when there are no longer any colonialists and their mercenaries in our country.

As to my children whom I leave and whom I may never see again, I should like them to be told that it is for them as it is for every Congolese, to accomplish the sacred task of reconstructing our independence and our sovereignty; for without dignity there is no liberty, without justice there is no dignity, and without independence there are no free men. Neither brutality, nor cruelty nor torture will ever bring me to ask for mercy, for I prefer to die with my head unbowed, my faith unshakable and with profound trust in the destiny of my country, rather than live under subjection and disregarding sacred principles. History will one day have its say, but it will not be the history that is taught in Brussels, Paris, Washington or in the United Nations but the history which will be taught in the countries freed from imperialism and its puppets. Africa will write its own history, and to the north and south of the Sahara, it will be a glorious and dignified history.

Do not weep for me, my dear wife. I know that my country, which is suffering so much, will know how to defend its independence and its liberty. Long live the Congo! Long live Africa!

Via Letters of Note