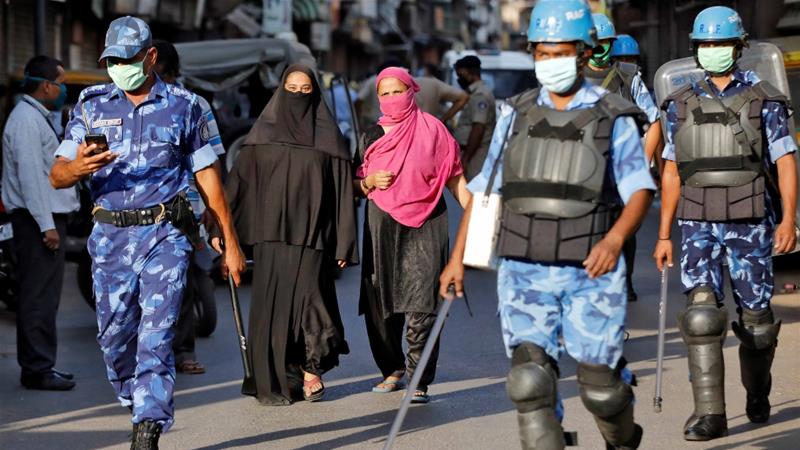 The COVID-19 pandemic has been turned into yet another Islamophobic conspiracy theory. 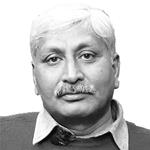 The outbreak of COVID-19 in India has presented yet another opportunity to launch a fresh attack on the Muslim community. Physical, verbal and psychological warfare is being waged against Muslims, pushing further their ostracisation in Indian society.

Violent attacks on Muslims perceived to be carriers of the virus have been reported from different parts of the country. There have been reports of meetings in gated communities discussing the prohibition on Muslims being allowed in. Elsewhere, gangs of youth have been manning the entry points of villages to prevent the entry of Muslims. Muslim vendors have also been asked to stop selling on the streets.

There has been a sudden surge in Islamophobic hashtags and posts on different social media platforms accusing Muslims of purposefully spreading the virus. A new term, “corona jihad”, has been coined to describe this conspiracy. Videos showing Muslims spitting on vegetables and fruit, licking plates and smearing surfaces with their saliva are being circulated widely.

It all started when news spread that people who had attended a large gathering of Tablighi Jamaat, a Muslim missionary movement, at its premises in New Delhi had tested positive for the novel coronavirus. People travelled from outside India to attend this event and it is suspected that they may have introduced the virus into the congregation.

The Tablighi Jamaat was blamed for organising this event in the middle of March, ignoring the threat of the spread of the virus. Very soon, reports started pouring in from different parts of India suggesting that the largest number of positive cases could be traced back to the event.

This became a justification for the government to create a separate column of Tablighi Jamaat-related cases in its daily briefings. It has created an impression that the Muslim movement is the main culprit. Since it is difficult for many to differentiate between Tablighis and other Muslims, all Muslims are now seen as potential carriers of this virus and are therefore shunned and hated.

But some have questioned the methodology of COVID-19 testing and reporting. According to Saugato Datta, a behavioural and developmental economist, highlighting the large proportion of overall positive cases that are linked to the New Delhi event is misleading, given that the authorities did not aggressively trace and test people from other gatherings like it.

“This is basically sampling bias: Since people from this one cluster have been tested at very high rates, and overall testing is low, it is hardly surprising that a large proportion of overall positives is attributed to this cluster,” Datta said.

As some have pointed out, the Tablighi Jamaat event was only one of the many congregations, religious and non-religious, which happened in mid-March. At that time, the government of India tried to downplay the gravity of the situation, allowing the parliament to function and letting nearly 1.5 million people enter the country without proper screening between January and March. The Tablighi Jamaat guests were a tiny fraction of this number.

Despite this, Indian media launched a high-decibel campaign about the matter. One newspaper went as far as publishing a cartoon depicting the coronavirus as a terrorist in Muslim attire.

Similarly, social media has been abuzz with posts about what many consider to be a Muslim conspiracy. A tweet which had about 2,000 retweets before it was removed for violating Twitter’s rules, featured a cartoon of a caricatured Muslim man labelled “corona Jihad” trying to push a Hindu off a cliff.

These sentiments have been fuelled by official channels as well. Officers from the Border Security forces have claimed that there is a plot for people from a particular community (read Muslim) to infiltrate the porous borders of India through Nepal with the aim of spreading the infection here.

Even the government of India is adding to this campaign in a very subtle manner. It recently sent a memo to the government of West Bengal state expressing concern that it was failing to implement the lockdown strictly in certain areas. It mentioned seven localities in the state, of which six are distinctly Muslim dominated.

Mamata Banerjee, the chief minister of West Bengal, reacted very strongly to the directive and asked the central government not to use this crisis to further its communal agenda.

The excitement and enthusiasm with which this anti-Muslim campaign has been taken up is a deeply worrying phenomenon.

It adds to already existing conspiracy theories about Muslims waiting in the wings, reproducing at a frantic pace to outnumber Hindus and “pollute” the Hindu land. Since the community was already seen as plotting to inflict damage on “Mother India”, it was easy to “establish” that Muslims would seek to infect Hindus with coronavirus to destroy them.

This campaign has not only fed existing anti-Muslim sentiments but it has also slowed down the momentum gained by a protest movement, which had been demonstrating against the increasingly precarious situation of the community. For months before the outbreak, Muslims and their allies across India had been protesting against the new citizenship law and other executive exercises like the National Register of Citizens and National Population Register, which were seen as discriminatory against the community.

While undermining political efforts to end government-sponsored discrimination, the outbreak and its accompanying anti-Muslim drive may lead to even further ostracisation of the community.

Muslims are hardly present in the formal sector of the economy and their number is insignificant in the state services. The largest working population of Muslims is in the informal sector. This campaign is pushing to make them “untouchable” for non-Muslims, which would certainly push them out of a variety of economic activities.

Muslims have been disenfranchised politically, now this campaign can break them economically and make their survival impossible.

It is disheartening to see the world watching silently this continuous persecution of the largest religious minority in India. It would go down as yet another dark chapter in the making of a new kind of apartheid against Muslims in the biggest democracy in the world.

Apoorvanand teaches Hindi at the University of Delhi. He writes literary and cultural criticism.