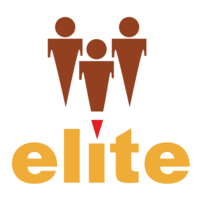 “Where justice is denied, where poverty is enforced, where ignorance prevails and where any one class is made to feel that society is an organized conspiracy to oppress, rob and degrade them, neither persons nor property will be safe.”–Fredrick Douglas

The above quotation reflects my worry about how inequality, classism, elitism and identity politics is normalized in Somalia’s current socio-economic and political environment in a way that would have been unthinkable in the years of my growing up. In Somalia, powerful political elites and external conspiracies still determine state priorities and resist policies aimed at creating a more equal Somalia. As a result, the country remains one in which the destinies of poor people, women, and members of disadvantaged groups (subaltern clans) remain unchanged.

We need to insist on debating the central question on which the future of our people rests: How can we defend equality and dignity in areas where the marginalized groups (include youths and women) within Somali society are battling the big bureaucratic bourgeoisie elites?

During my study in class politics on Somalia, I identified this bureaucratic bourgeoisie elite as the most powerful and dominant elite within Somalia’s complex society. The term bourgeoisie is polysemous–meaning it could have different definitions, unlike monosemous that imply words with only one meaning. An amalgamation of affluent middle-class elites, the opulent stratum of economically powerful capitalist landlords of Somalia continues to wreak havoc on the nation’s disadvantaged class clandestinely.

In the search for Somalia’s most dominant group, then, it is wise to lean heavily on Weber’s work. This article, therefore, relies on Marx Weber’s notion of status as a determinant of a social group. His approach distances the observer from myopic economics and associated modes of production. Instead, issues of power and social position come to the fore. Discussed below is Somalia’s more recognizable and powerful elite.

Like Weber, I argue that the most powerful elite in Africa are more usefully identified to the political realm rather than to the economic realm. These dominant political elites are not necessarily the group that owns the means of production but is more likely to be the group that controls the means of production. In other words, this politically advantaged group has the power to take economic surplus from wherever it finds it within the country. This group has a little part in producing a surplus itself but still can appropriate the capital generated for its own members’ use.

No wonder, Villa Somalia–the main Presidential Palace or State House, has been transformed into a tool for political accumulation and offering of tools for social mobility possibilities. Instead of it merely being the executive committee of the bourgeoisie, assisting this powerful group in its exploitation via private commercial activities, it is the central state itself that becomes the central tool of accumulation for the bourgeoisie elites. Moreover, those who are involved in Somalia’s politics, also gain more power the closer they are associated with state institutions, and thus, political power brings economic rewards.

Note, for example, how, once the bureaucratic bourgeoisie elite accumulated immense wealth via its control over state structures, though not all this wealth is spent on ostentatious consumption. Members of these political elites will also invest in commercial projects. They set up businesses and buy property, often using their position within the state to facilitate this. Many state leaders, in this respect, accumulate signiﬁcant private commercial empires during their term of office.

This article, therefore, argues that the most powerful elite found in Somalia is the bureaucratic bourgeoisie, not an economic, commercial or religious bourgeoisie. This bureaucratic bourgeoisie is predominantly an urban coalition consisting of ministers, party officials, members of parliament, bureaucrats, military officers, the managers of public agencies and, indeed, anyone else who exploits their command over state institutions. It has its historical roots within the colonial administration.

At independence, the notion of administrative bureaucracy could be found in Somalia. At the top of the hierarchy was elite of educated bureaucrats and professionals. These were the Somalis who had beneﬁted most from the days of colonial rule and were set to proﬁt yet again as those most closely associated with the institutions of the post-colonial Somalia.

This bureaucratic bourgeoisie group has proved very proﬁcient in converting political power into economic gain. Not only do its members proﬁt from their state salary, but also the trappings of office (such as cars, expense accounts, education for children and health care). Then there are stipends of the office that state employment provides. These beneﬁts include simple corruption: the pocketing of a proportion of the money handed over in payment for government services (such as export licenses, legal ﬁnes, passports, or even the registration of births–indeed, anything that needs an official stamp or signature).

Alternatively, there are opportunities for collecting a commission for services rendered (a ‘gift’, maybe, for awarding a state contract to the right person). In many cases, bureaucratic elites make much more money from ‘backhanders’ than they do from their official salaries. Indeed, state salaries are artiﬁcially low, as employees know that they can use their position of power as a springboard for accumulation. Association with state institutions has, therefore, become the key to a higher standard of living in post-colonial Somali politics.

Somalia’s bureaucratic bourgeoisie elites don’t fight each other: Why?

No longer is Somali conﬂict solely between clan X and Y, it is more about groups and individuals co-operating and competing to capture the power of Villa Somalia and federal member states. Political alliances are not therefore based on clan solidarity, but on the willingness to co-operate with strategic allies to receive more of the spoils associated with the state and foreign aid. Moreover, the threat comes from Al-Shabaab is another factor which forces these elites not to fight each other. Instead, they fight together against their common enemy. Under these circumstances, the Somali political elites will search each other out, to see if their corresponding factions can do business together.

Jean-François Bayart, in this respect, talks of the ‘assimilation of elites’. Powerful groups within society will respect each other’s position, forming an uneasy ruling coalition: a ‘hegemonic bloc’. The members of this bloc and their position within it will constantly change, but all realize that to compete too hard would be to risk political turmoil and the possibility of losing access to the state and foreign aid altogether. Nobody wishes to give up this opportunity to accumulate, so the political elites in Somalia have to cooperate to some degree.

These powerful Somali bureaucratic bourgeoisie elites are the proofs people, after all, who drive the same bulletproof cars and meet in the same VIP halls at hotels like Jazeera Palace. Having a similar level of power and the same desire to consolidate their hold on state institutions, it is not surprising that these elites, even if they do not share cognate clan backgrounds, join to form a hegemonic bloc. This is how as diverse a collection of leaders, such as business people, bureaucrats, soldiers, traditional elders, trade union activists, clan brokers, and women’s representatives, assimilate themselves into a Somalia ruling elite. Put it another way, they are the driving force they are the nation’s most powerful and dominant elite. Like the Manorialism or Seignorialism of the Late Roman Empire, today’s Bourgeoise class in Somalia live in Roman Villas–country villas in rural areas for vacationing and rejoicing purposes only. At their rural Roman Villas–also called Villa urbana, they are treated like saints by the traditional elders, impostors, and saw-mouthed (af-minshaar) lackeys.

In this article, I argued that the most powerful group found in post-colonial Somalia is the bureaucratic bourgeoisie group, not an economic, commercial or religious bourgeoisie. This bureaucratic bourgeoisie is predominantly an urban coalition consisting of ministers, party officials, members of parliament, bureaucrats, military officers, the managers of public agencies and, indeed, anyone else who exploits their command over state institutions.

Hassan Mudane is the author of the “Sirta Guusha” book and a lecturer specializing in African politics and International Studies. You can reach him via this email: Mudanep5@gmail.com

The West doesn’t get it – Russians aren’t ‘zombified’, and most of them are pro-Putin