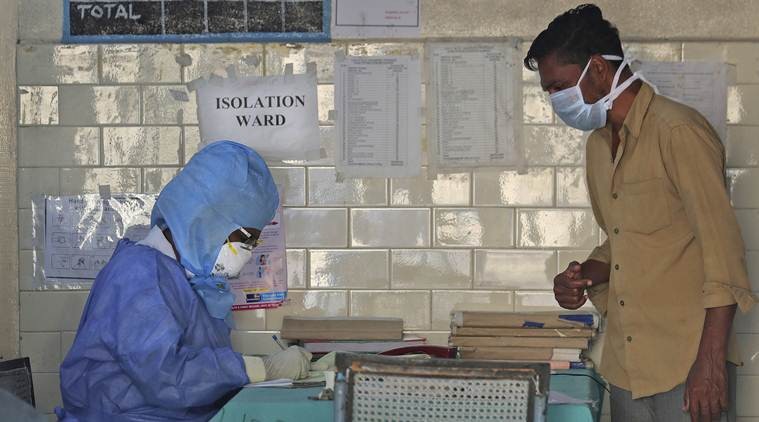 As many as 150 of the 186 people admitted in the hospital for coronavirus are positive.

As per hospitalisation protocol, a suspected COVID-19 case is kept in a separate ward from those confirmed, as long as the test results are pending

Coronavirus (COVID-19): The coronavirus patients and suspected cases at Ahmedabad Civil Hospital, where 1,200 beds have been set aside for COVID-19, have been segregated into wards depending on their faith. While Medical Superintendent Dr Gunvant H Rathod said a ward for Hindu patients and another for Muslim patients had been created as per a state government decision, Deputy Chief Minister and Health Minister Nitin Patel denied any knowledge of it.

patients. But here, we have made separate wards for Hindu and Muslim patients.” On being asked the reason for such a segregation, Dr Rathod said, “It is a decision of the government and you can ask them.”

As per hospitalisation protocol, a suspected COVID-19 case is kept in a separate ward from those confirmed, as long as the test results are pending. As many as 150 of the 186 people admitted in the hospital for coronavirus are positive. According to sources in the hospital, at least 40 of the 150 are Muslims.

Deputy CM Patel told The Indian Express, “I am not aware of such a decision (on wards as per faith). Generally, there are separate wards for males and females. I will enquire about it.”

Ahmedabad Collector K K Nirala also denied any knowledge of the matter. “There has been no such instruction from our side and we are not aware of any such government decision,” Nirala added.

A new block of the Ahmedabad Civil Hospital was designated a COVID-19 centre for the Ahmedabad-Gandhinagar zone in the last week of March.

When contacted, a patient told The Indian Express: “On Sunday night, the names of 28 men admitted in the first ward (A-4) were called out. We were then shifted to another ward (C-4). While we were not told why we were being shifted, all the names that were called out belonged to one community. We spoke to one staff member in our ward today and he said this had been done for ‘the comfort of both communities’.”