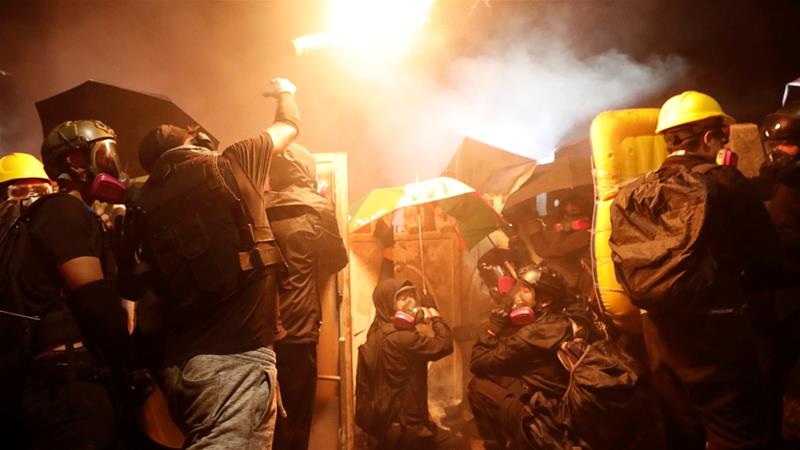 Hong Kong protesters moved to shut down parts of the Chinese-ruled city for a third day on Wednesday, with transport, schools and many businesses closing amid escalating violence and paralysis.

Hundreds of commuters were seen queuing at metro stations across the city after some railway services were suspended and roads closed.

Riot police were deployed to stations, while protesters set up roadblocks and barricades on major thoroughfares.

“We are not seeing large groups in one place,” said Al Jazeera’s Divya Gopalan who is in Hong Kong.

“We are seeing lots of small groups in different areas. They are blocking off roads and transport routes into the city.”

Protesters and police battled through the night at university campuses and other locations only hours after police Senior Superintendent Kwong Wing-cheung said the Chinese-ruled city had been pushed to the “brink of a total breakdown” by protesters committing “insane acts”.

Police fired tear gas, while some activists torched a vehicle, hurled petrol bombs at a police station and metro train and broke into a major shopping mall.

Fierce fighting raged into the night at the Chinese University of Hong Kong, with streets inside and outside the entrance to the campus left littered with bricks, other debris, and street fires. A van used as part of a street barricade was set alight.

Hong Kong police earlier fired tear gas in Central, the financial district, over the harbour in Mong Kok and at universities to try and break up the disturbances. 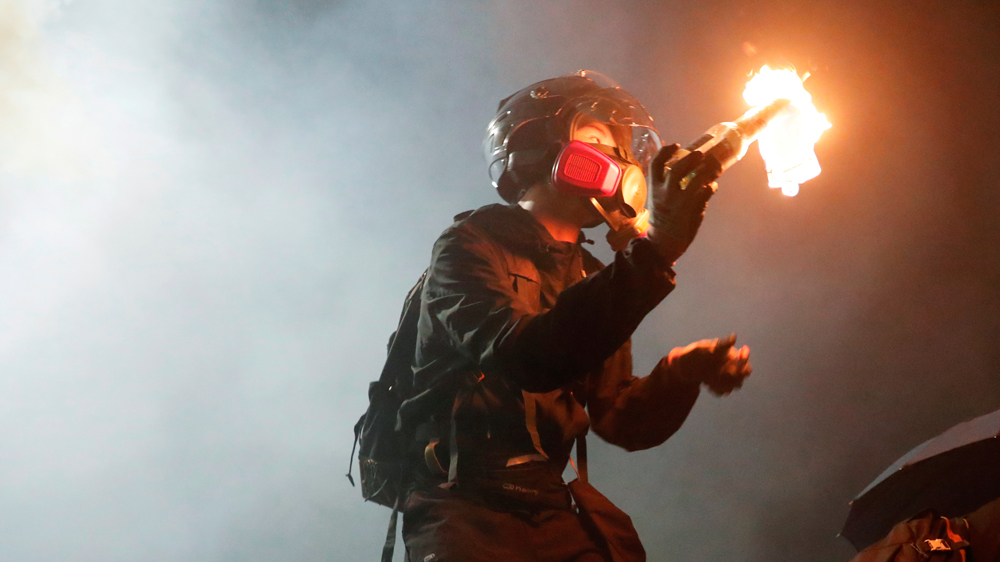 Protesters are angry about what they see as police brutality and meddling by Beijing in the freedoms guaranteed to Hong Kong under the “one country, two systems” formula put in place when the former British colony was returned to Chinese rule in 1997.

They are planning more demonstrations throughout Wednesday as part of a campaign of civil disobedience in areas including Central, which is home to some of the world’s most expensive real estate and luxury stores, in the Kowloon peninsula across the harbour and in the outlying New Territories.

“We just want to affect the Hong Kong economy to let the government know we are serious about our demands,” said a 21- year-old student named Lee, who had spent the night making petrol bombs at City University.

“Every day, everywhere, people are getting hurt.”

The university’s student union president, Jacky So, appealed for an injunction with the High Court to ban police from entering the campus without a warrant, or the school’s approval.

The injunction would also block police from using crowd control weapons, such as tear gas and rubber bullets at the university. A decision is expected on Wednesday afternoon.

The city’s religious leaders appealed for an end to the violence and called on both police and protesters to show restraint.

“At this very critical point, the people of Hong Kong must unite and say no to violence,” said a statement issued by the leaders of Hong Kong’s six major religious groups.

Chaos reigned overnight on Tuesday as explosions, smoke plumes, yelling and sustained gunfire left scores of injured students sprawled on the ground and stoked a sense of dread among some who recalled the 1989 Tiananmen Square crackdown by Chinese troops on pro-democracy protesters in Beijing.

“The fear among the students is so strong,” said Wing Long, a 25-year-old theology student. “That’s why we’ve gathered today to stop it from happening.”

Medics on the scene said at least 60 people were injured.

The European Union called on all sides to show restraint.

“The far-reaching impact of the situation on lives and livelihoods in the territory makes a credible and swift solution to the unrest imperative,” EU spokeswoman Maja Kocijancic said in a statement.

This week has seen some of the worst violence in more than five months of protests.

On Monday, a police officer shot a protester at close range while in a separate incident a man was doused with petrol and set on fire. Police said the man remained in a critical condition and appealed for information on who was responsible.

Hong Kong’s Hospital Authority said 81 people had been injured since the start of the week, with two in serious condition.

More than 260 people were arrested on Monday, police said, bringing the total number to more than 3,000 since the protests escalated in June.

Many schools and universities cancelled classes on Wednesday amid security concerns. 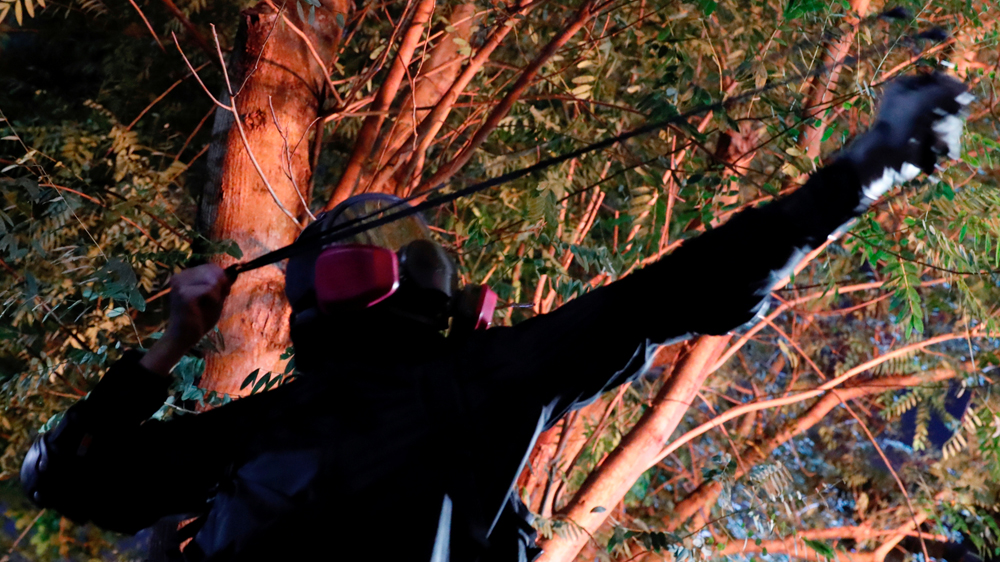 China denies interfering in the territory and has blamed Western countries including the United Kingdom and the United States for stirring up trouble.

The US on Monday condemned “unjustified use of deadly force” in Hong Kong and urged police and civilians alike to de-escalate the situation.

The spokesman for the Ministry of Foreign Affairs of the People’s Republic of China, Geng Shuang, urged the UK and the US not to intrude.